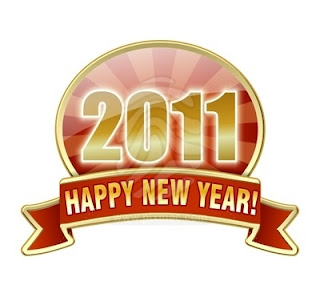 I haven't been keeping track of this latest WCG splinter drama. I got off the roller coaster in the mid 1970s, and I am very thankful I did - please pass the barf bag!

Can anyone tell me in concise form what this splintering of UCG is all about. I assume it is the usual Armstrong COG stuff - liberals vs. conservatives in doctrine, belief and practice all boiling down to money and control. Is this correct?

If you're confused by the Churches of God, this note will help you sort things out. It will give you a new mental map upon which to fix your own position so that you can better pave the way for people of every sex, race, and socioeconomic status to fulfill their own spiritual destiny.

Whenever you quote someone from the Churches of God, use the word "excrement" in place of another word. It really places them in a more accurate perspective.

At this moment I am watching Luker give a lengthy, over-worded, pseudo-intellectual tripe sermon on how United is going to prosper. Well perhaps if he has an IPO in the works. The reality is they will go broke if they cannot fulfill their contracts for TV and feast sites.

The Churches of God are socially inept, headstrong shysters and crapulous sectarians. Further, they are piteous, ostentatious backstabbing organizations. How else can I characterize these organizations that did all of the following and then some?

* Create an untrue and injurious impression of an entire people, setting the snares of inclusiveness.

* Make incorrect leaps of logic, reducing Scriptures to the level of a cross-word puzzle. Tearing the texts from their context, and misapplying them without the slightest regard to their original meaning.

Like in the days of Noah, the UCG swims in a sea of incendiarism, the waters of which roil with anger and resentment. And like those days, evil will be swept into the deep abyss, never again to raise its deceitful and corrupt head!

Can anyone tell me in concise form what this splintering of UCG is all about. I assume it is the usual Armstrong COG stuff - liberals vs. conservatives in doctrine, belief and practice all boiling down to money and control. Is this correct?

MY COMMENT: Yeah, I think you got it in a nutshell! You know that the ministurds aren't going to leave unless they know for sure that they have enough tithe suckers to follow them.

Call me old fashion, but I think the splinters of the 1970s were much more fun and exciting. They featured Garner Ted Armstrong gambling debts and his boinking every Ambassador College coed he could get his hands on while going on radio and television telling us how immoral the United States has become.