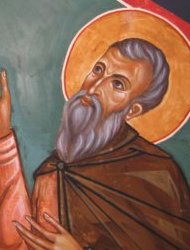 
You stupid fools that read other blogs and listen to people speak ill of God's Apostle are headed straight to the Lake of Fire! REPENT!  God's Apostle NEVER made any mistake when it came to the Church.  He may have made a few itty-bitty mistakes in his personal life, but NEVER in the Church!


It is apparent that some of you are being involved with other forums and that is your business, but to bring to this forum what some dissident minister has to say in regards to a charge that Mr. Armstrong made some mistakes in dealing with God`s Church and that particular minister feeling that he must correct the mistakes of God`s Apostle, will not be tolerated! Christ would never use some dissident minister to correct any possible mistakes of His Apostle, that would make no sense and does not! Any mistakes that Christ`s Apostle could have made, Christ would have seen to it that He would use His own Apostle to  make any needed corrections!
At one time, I had subscribed to another one of the more popular forums one day and unsubscribed the very next day having had to read some of the "garbage" that had been presented. It just was not my cup of tea! I found it hard to believe that some in God`s Church would resort to that sort of thing. I personally don`t care to read that sort of gossip!
That is not to say that Mr. Armstrong didin`t make any mistakes in his personal life because obviously he did, but never regarding the Church, and then Christ using him (Mr. Armstrong) to correct those mistakes! Hopefully you all understand!
There is nothing wrong with questioning something from the scriptures that needs better understanding that this forum might present in that understanding and would be very much welcomed.

Christ would never use some dissident minister to correct any possible mistakes of His Apostle, that would make no sense and does not! Any mistakes that Christ`s Apostle could have made, Christ would have seen to it that He would use His own Apostle to make any needed corrections!"

I guess he never heard of the Johnny Come Lately Apostle Paul tearing the Apostle Peter up in front of the brethren and not one of the 12, James or John correcting him.

Actually I suspect in Paul's Galatians rant against Peter, Peter actually could see that Paul was NOT abiding by the Acts 15 rules for Gentiles. I expect the food served was not unclean, it was offered to idols as Paul said in I Cor was no biggy to him in reality, "but in all men (the apostles) is not that knowledge."

Herbert Armstrong was never really an apostle, no matter what a piece of paper from the Church of God Seventh Day said.

Blame it on bad documentation.

Speaking of bad documentation, one thing we are really sure of is that Herbert Armstrong was a false prophet.

His being a false prophet proves beyond a shadow of a doubt that he was a prophet.

Whoever wrote this doesn't understand that Herbert W. Armstrong was a FALSE "apostle".

Does anyone still in Armstrongism have any concept of right and wrong any more?

Isn't this the same basic group or movement that mocked and denigrated the RCC doctrine regarding infallibility of the pope? I just can't believe the uncanny level of development Armstrongites have to speak from both sides of their mouths. You'd think they'd take the reasons why the pope is not infallible and simply apply them to HWA, or for that matter any other human preacher or teacher!

They also mock the Catholics for "venerating" their saints, recognizing this practice as idolatry. I know no RCC saint who is accorded the high level of veneration which HWA regularly receives from ACOG members.

This has gotten so bad, and so pervasive that in the Kingdom, Paul is probably going to have to revise and expand one of his best known verses to include the people claiming to be "of HWA".

Everything is constantly being backwardly revised by the Herbophiles. That way HWA can never appear to have been wrong about 1975, wrong about British Israelism, wrong about Pentecost, wrong about divorce and remarriage, wrong about wearing mixed materials, wrong about Strauss being the Beast, etc. etc. etc. The HWAcaca is so thick, it makes one bilious.

Old Herb started as a dissident minister himself. By this reasoning we should all head over to COG7.