Idiots In The Pulpit: Muslim Cleric Bans Cucumbers and Bananas For Women 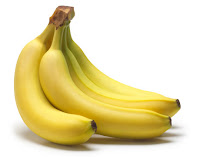 If we thought  some Christian ministers were idiots, they don't even compare to this Muslim idiot Cleric.

International Business Times has this entry:

The Internet has been blazing and people are appalled, but apparently the Islamic cleric living in Europe was quite serious. The Islamic cleric said women should not touch or handle or be close to cucumbers or bananas to avoid any "sexual thoughts."


Claiming that the fruits and vegetables "resemble the male penis," the Islamic cleric said bananas, cucumbers and more, including carrots and zucchini could make women "think of sex" and they should be handled by a third party if they are to eat them to avoid arousal.


The Daily Mail has this entry:

The sheikh was asked how to 'control' women when they are out shopping for groceries and if holding these items at the market would be bad for them. The cleric answered saying this matter is between them and God.
Answering another question about what to do if women in the family like these foods, the sheikh advised the interviewer to take the food and cut it for them in a hidden place so they cannot see it.


The opinion has stirred a storm of anger among Muslims online, with hundreds mocking the cleric.

Why is it that fundamentalist religions, whether Christian or, Muslim, produce such incredibly stupid people?

Email ThisBlogThis!Share to TwitterShare to FacebookShare to Pinterest
Labels: fundamentalist idiots, Idiots in the pulpit, Muslim cleric bans cucumbers and bananas for women

"Why is it that fundamentalist religions, whether Christian or, Muslim, produce such incredibly stupid people?

Perhaps the Cleric has Produce Envy?