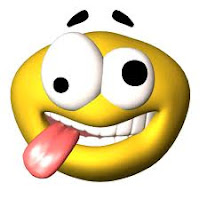 Mike listened to Ron Weinland's sermon this past Saturday and had this to say on is blog about Ron's rantings:

The title to his new sermon series is “Going to a Brother”.   God is in us if we love others.  How spiritual one is comes from how he treats others. Telling others that the world was about to end and that his members should send their life savings to him to help others is not mistreatment, since Ron, Laura, and Audra are the others who needed help to get Beemers to drive around.

Say what?  Ron used tithe money to buy precious Laura a condo and his son a new beemer. and thousands of dollars of gaudy jewelry for his equally deluded wife.  His fellow ministers know he has done this and let him get by with it.

But it was not wrong to pay the living expenses for his daughter for essentially being a bank messenger.  Nor was it wrong for the church to pay for his son’s education under an unannounced scholarship program.  Nor was is wrong to spend the church’s tribulation fund on bling for his wife’s fingers.


This entire family is greedy as hell.  They are a perfect example on how Armstrongism has corrupted the minds of the "elite" in the Church. There are no Church of God splinter groups out there that do not use their power to spend money on things they want.
Posted by NO2HWA at 12:31:00 AM

They are just a slightly extreme case of the corruption, hypocrisy, and nepotism endemic throughout the "ministry" in all the hundreds of splinters of Armstrongism.

And he knows that?

What if that Spirit isn't really IN Ron, and the following spirit dwells within him?

Lust and envy dwelling within are evil, vile, fruits/works and if that stuff dwells within they will lead to a whole bunch of other evil fruits/works being evident

...unless God's Spirit is really also dwelling within and overwhelming, overcoming, that lust and envy so that God's fruit of love, joy, peace...faith, meekness, temperance, etc. are evident for all to "see" and experience.

So, what were/are Ron's fruits/works?

Well, that's why it was written:

Matthew 7:16 Ye shall know them by their fruits. Do men gather grapes of thorns, or figs of thistles?

Matthew 7:20 Wherefore by their fruits ye shall know them.