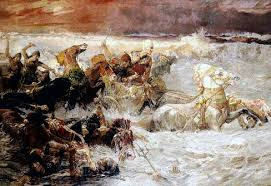 Just when I thought Armstrongism could not get any sillier along comes an email today from a reader.  Apparently the guy below sent this letter out  earlier this year trying to get COG members to sign on to his project.

If any logical and scientifically minded man or woman had ever made such a discovery he/she would NOT be keeping it silent.  It would be all over National Geographic, Archeology Today, Christianity Today, and lots of other magazines.  Funding would be in coming from all directions.

The problem lies in that this is ANOTHER COG money making scheme dreamed up to con already fleeced members out of yet more money. You will notice one of the first things he mentions is that huge dividends will come to those donating to him, it will "...fatten your wallet..."

This is similar to a woman named Doris Wells in Pasadena who fleeced hundreds of thousands of dollars out of Pasadena area members, many of them elderly.  She talked a good talk and stole money to keep her and her son well taken care of.

If the "Alliance" listed below was a legitimate organization and was being run legitimately, there would be web sites up, magazine articles, etc., yet not a thing exists anywhere on-line about it.

So go ahead brethren, send in your hard earned money to fund yet another money mooching unemployed COG male who has never held a long term job in his COG history.  That's the track record of these moochers.  Get members to take care of them while they do "biblical research."  Hardly a single one of these con-artists  have ever held full time jobs out in the "world."

To fellow COG members and 45-year personal friends and thousands of you worldwide:

Please join a viable plan for the “end-time work” (Matthew 24:14: Revelation 10:11). What I have to say here could fatten your wallets and solve our divisive problems.

As a Christian minister, archaeologist and adventurer, I’m announcing we have found two massive treasures.

Can you imagine several congregations with a common goal? How about a magnificently unifying Reed Sea Alliance biblical project with a dynamic common purpose, plus a fun and exciting lifetime adventure for 30,000 people?

Thirty-five years of research has paid off big. We have located the largest, most valuable biblical treasures in history: (1) Rameses and (2) his army.

We will reveal and expose to four billion people worldwide an 800,000-man infantry, 70,000 horsemen, 6,000 war chariots, all neatly entombed in the bottom of the Reed Sea.

A worldwide on-site multimedia production and documentary of superior quality are planned.

This is the unparalleled mystery of the ages.

This unprecedented event will blast our credibility on the world stage to monumental heights. This is how we will fulfill the next two projects of destiny (Matthew 24:14; Revelation 10:11).

Tons of Exodus proof demonstrate that our God exists. Serve and prosper, friends, because this is the big one.

Enjoy a great Passover season. That’s when all this began. Please write me and request the free Reed Sea Alliance Info Package.

Maybe following Armstrong left him destitute and he figured one good turn deserves another.

Why is it not openly classed as a scam? Time to arrest those involved for perpetrating such a scam.

Ron King said, "This unprecedented event will blast our credibility on the world stage to monumental heights".

Credibility? Does "1975 in Prophecy" or "2008 Go's final end time warning" (or whatever the jailbird tax cheat Ron Weinland called his book) ring a bell?

The Armstrong Churches of God have little or no credibility left. They are a joke!

And why $100 Billion? Why not $100 trillion or zillion since it is all make believe la la land fantasy anyway.

NO2HWA is right on. Ron King, get a real job for once in your life.

"Please join a viable plan for the "end-time work." What I have to say here could fatten your wallets and solve our divisive problems."

All I need from you is $100 billion dollars! Did somebody say "viable plan"???

$100 BILLION!!! This would have to be the most well-funded archaeological dig in history. And if it were such a stupendous find, lots of public foundations would provide funding (more in line with historical sums necessary for other projects). Also, professional documentarians, like PBS Nova and BBC Horizon would rush to make name brand documentaries of "superior quality" anyway. Making a documentary is NOT something you would have to worry about.

This has nothing to do with "our divisive problems" btw.

35 years of searching? Then why does this person seem so out of touch with how real archaeology digs and documentaries are done? Credentials? Why is he not Dr. Ron King? "Bad boy"? "Project of destiny"? What serious academic archaeologist writes like that?

"End-time work" indeed. Who is this Ron King? E.W.'s brother?

*Less a 1% finder's fee with which to "fatten my wallet."

That's about the amount that Bernie Madoff stole.

Assuming 25,000 COG members in various groups, this would require a "donation" of just $FOUR MILLION dollars per head! ROFLOL!

In fact, $100 Billion Dollars is the equivalent of the GDP of the 17th largest nation in the world!

$100 Billion is LARGER than the individual one year economies of either Australia, Taiwan or Poland. In fact the COMBINED yearly GDPs of Denmark, Finland, Hungary, Ireland and Israel is LESS than $100 Billion.

For some more perspective, the ENTIRE company of banking giant Citigroup and Bank of America have market capitalization's of $130 Billion. All the McDonalds in the world are worth $100 Billion.

Boeing and Union Pacific Railroad are only worth about $60 Billion dollars.

The entire NASA program over the last 60 years has only spent $500 Billion dollars en toto for getting a man on the moon and much much more. For launching probe landers to Mars, Comets, Mercury , putting satellites in space and manned missions to orbiting space stations, it is only costing $14 Billion a year.

Me thinks he is overbudgeting... what say ye! LOL!

Just looked up the King address on Google maps.

It is a rundown Mail Boxes Plus store ...

I am now uncomfortable sending my multimillion dollar check to such a seedy location and knowing that it will be stuck into one of those public mailbox containers.

In all seriousness here... Is King a registered 501 C3 ? Also , if this is some type of public offering that is promising some type of return, it has to have public registration. Only accredited investors (those with incomes over $200k a year and net worth over $1 million) are allowed to invest in private offerings BY LAW.

Limited partnerships MUST be registered with the State.

PLEASE - someone immediately report this clown to the Texas Department of Corporations and lets shut this guy down before he even gets started.

I know his scheme seems bizarre, but I thought the same about Weinland too.

Checks in the Mail!

What? I thought everybody and their mother and their dog realized that the most important side project for Christians today is the breeding of a perfect red heiffer!

As you say, just when it seems that it can't get any sillier.....

"Only $50 Billion and we're in. That's about the amount that Bernie Madoff stole."

What got him in trouble was stealing from other Zionists.

Yes, Byker Bob, the perfect red heifer -- I heard about those 30 years ago: One was ready as soon as the altar was built on the Dome of the Rock. It just seems to me that that heifer must be dead by now and there's been no sacrifice, so the daily sacrifice can't be made to cease, so Jesus won't return. And I was told this by a Jewish woman in the WCG who finally went off to some Messianic group more amenable to her delusions.

I have words for such people: You are stupid.

So, yes, the cells of a perfect red heifer must be saved so a clone can be replicated when the altar is built.

At this rate, I'd say, 21435 A.D. is about right... and by that time, because of errors in the Jewish Hillel II Calendar, the Feast of Tabernacles will be starting on Christmas Eve.

What a glorious 8 day celebration Olde Testament Christians will be able to have!

But we'll have to get $100 Billion together first to get everything together to make it happen.

Great, but my interest is on Gideon's army. I have other interests like slingshot David used to kill Goliath, the pot or cup used by Jacob to pour porridge with which to purchase Esau's birthright, a sample slipper of Abraham, the pair of scissors used by Delilah to cut the hair of Samson. There are many other artifacts of Biblical interest to waste one's time with Pharaoh's army. Maybe the combined Flurry and Pack forces could be tapped for this Pharaoh's army project.

Just for the record, a Ponzi Scheme is taking new investor money to pay old investors off. What this Ron King is doing doesn't sound like a Ponzi scheme. It is just a plan old fashion scam that won't go anywhere other than to provide King with a small income stream for him to pay his bills.

Most people will be able to see it as the foolish pipe dream that it is. The others who may contribute, well, the old adage of "a fool and his/her money soon part". It makes one wonder how the fool and the money ever got together in the first place.

I'd be curious to see who "Ramses" is. We already have the Ramesseid mummies anyway. But didn't Hoeh try to claim the king of the Exodus was a different Egyptian? I forget now.

There is a lot of confusion and dissent about how to match up the biblical Exodus story to the secular archaeological records found throughout Egypt, so it is difficult to pin down precisely who the pharaohs mentioned in the bible might have been. There is some data to suggest the generally accepted secular archaeological timeline may be off by a couple of hundred years. Also, it is possible to interpret the bible, which is often unnecessarily vague, in different ways that radically change the total amount of time that the children of Israel would have spent in Egypt in the first place. This creates a lot of different possibilities, and so far, none of them seem to stand out to me as being the obvious correct answer. Until more evidence comes to light to either resolve the problems with the standard interpretation (Rameses II) or discredit it altogether, most people will continue to place their bets on the standard theory.

The famous red heifer. I always thought the people attempting to breed it were indulging in a futile attempt to force fulfillment of prophecy.

Anyhow, here's an oldie but goodie, some original fiction I wrote for the PT website over ten years ago.