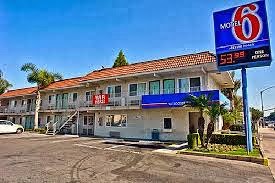 Exit and Support had this interesting letter up about the sleazy Philadelphia Church of God.:

Hello ESN, I felt led to write this to you. At the 2013 Feast of Tabernacles in Columbus Ohio it was announced that a lot of hotel rooms reserved by the PCG were unclaimed or unused this year. The PCG has a legal contract with the hotels promising to occupy and rent so many rooms. If that obligation was not met, then PCG HQ would have to pay the difference. They told us that paying this penalty would take away from "doing the Work" and God would be displeased. It was announced before services that HQ ordered Feast attendees to rent out unclaimed rooms with second tithe money so that the PCG would not have to pay that. I suppose people felt shamed into it because people did rent out rooms they did not even need. You know, a lot of PCG members are out of work. No wonder so many could not come this year. Guess they do not put that into thought. --Anonymous

Mercy...what a con game Flurry plays. Secondly, I can't imagine wasting money on a Feast site in Columbus, Ohio. At least go 125 miles north to Lake Erie. I guess that might be too close to Dave for Gerald.

Someone can get a PhD studying why members in Flurry, Pack and Weinland's cults still attend. What does a mind have to accept or block to stay with such fools.

If they could cut the fake connection between the Man and what the Bible actually says or is, the break would be easy. Sad to say they equate the two as one and the same, which of course it is not.

Hey! That was near where I live, and I didn't even hear of the "Feast" that was apparently held there.(Although no doubt it was "The Best Feast Ever")

For some reason, church leaders who claim that "God is displeased" -whether they're armstrongist Christians or most TV Christians-, usually offer a remedy that includes sending them money.

Imagine, if there was a God who was so freakin' powerful that It didn't need money!

Unfortunately, the Christian God is a money-grubbing, easily insulted ass.

"the sleazy Philadelphia Church of God"

I couldn't have said it better myself.

"What does a mind have to accept or block to stay with such fools."

Ya have to read the PCG article on "thought stopping" -- how to take every thought into captivity and block out the "negative" and "doubts". Sadly, the bible itself is a thought control manual.

I hope nobody is being so shamed or conned that they would be putting this on their credit cards. Has Flurry gone Democrat??? Maybe he has been studying Rehoboam lately.

Second tithe is not supposed to go to the work, so if the PCG said it would take away from the work they were either lying or misallocating funds (i.e. stealing).

Further, it would likely be cheaper to pay the penalty than book rooms you don't need, so sounds like members bailed out the church at a high price.

If God was leading them, as they claim, they never would have made the mistake in the first place.

Also, these leaders are idiots. This whole concept of having multiple feast sites is not financially viable when you have a little, not growing, group of, say 5-10,000 people. There would be improved logistics, and better impact having one centrally located feast in the USA, with maybe one or two international sites if the numbers made them appropriate.
When WCG was their size, Big Sandy was the only site.

They can't even handle something so simple but yet plan on ruling the world? For a thousand years?

Flurry will leave the light off for you.

Gerald Flurry will probably declare another fast to make the members fill ashamed of their misconduct like he did when they didn't own up to their pledges on >"GOD'S HOUSE!"

Was their feast site the Motel 6? Or did they simply spend the night there? If so, it must have really been the "best feast ever."

Tom Bodett has been converted.

PRAISE YHVH FOR THE BEST FEAST EVER!

BUT STILL, THE BEST FEAST EVER!