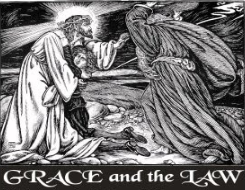 Living Church of God and United Church of God are featured in an article in the Deseret News out of Salt Lake City this week.  Its an article about Christians flocking to Israel to celebrate the Christianized version of the Jewish celebration of Sukkot.  Who better to interview than Church of God members since they are the REAL Christian keeping it the PROPER way.


Eddington said members of the United Church of God — of which 14,000 are expected to attend events in the U.S., Canada and 37 overseas locations — use the Sukkot celebration "to picture what (the world) will be like when Jesus Christ returns, something humanity has never actually seen, but it's coming. It's a visionary kind of a week."


That means finding venues where there's an abundance of scenery and tourism opportunities. Resorts such as the Lake Tahoe area; Myrtle Beach, South Carolina; the Florida coast; Hawaii; and Zambia near Victoria Falls in Africa have been prime spots in years past.


"Some festival sites are in some very humble locations, but wherever possible, we try to make it a millennial experience," Eddington explained, "because the Feast of Tabernacles in the New Testament understanding pictures a time when Jesus will rule on Earth, instituting God's kingdom showing a life of prosperity, health and happiness for everyone under His rule. Wherever possible, we try to choose a location that inspires that feeling."


However, he added, "it's not just a vacation, but also a religious celebration." Following Leviticus 4, the United Church of God observes the first and last days (of the Tabernacles event) as "high" observances, with day-long worship services. On the other days, morning worship and Bible study take place to teach "what the Festival observance is all about," Eddington said.
The afternoons are free time for families, barbecues or light meals and sightseeing. Evenings may host dances or talent shows.

The focus of Eddington is solely on the Hebrew understanding of the days and nothing on the guy they are supposed to be followers of.  He along with UCG and the other COG's cannot and do not celebrate or talk about anything that pertains to Jesus and what he did.  Their only focus is upon pretending to be Jewish Christian and being rulers in a world tomorrow where they imagine becoming God's and have their own planets where they will be rulers and enforcers of the law. Jesus be damned, the law is more important.

The article then goes on to quote Eddington again:

Eddington said, "There is a tendency in Christianity today to follow a lot of tradition that's been passed down over the past 2,000 years that quite honestly is not biblical." The United Church of God eschews Christmas and Easter in favor of the Feast of Tabernacles, Passover and Pentecost, as well as Rosh Hashana, which it calls the Feast of Trumpets, and the Day of Atonement, known to Jews as Yom Kippur.


This is rather funny considering the  tendency in Armstrongism to follow a lot of tradition in the Church of God passed on by Armstrongism that are quit honestly not biblical or required. The Church of God's prefer to live in the "shadow's" than to engage in something that has a richer and deeper meaning in Christianity.

The paper also quotes Rod Meredith in another telling comment:

For Meredith, the benefits of observing the annual event are chiefly spiritual: "I have found that observing the Feast of Tabernacles makes God more 'real' to me in many ways. Focusing on Christ’s return and His millennial rule certainly helps one understand prophecy better. Being surrounded by hundreds of individuals of like mind in worshipping the Creator gives a wonderful spiritual uplift as well."


Apparently his "god" has failed to reveal himself to Rod Meredith for the last 60-70 years.  Every single prophecy the man has uttered in the last six or seven decades has FAILED!  Not one single prophecy he has predicted has happened.


Read the article here:  Why some non-Jews are observing Jewish holidays this month

What I would like to know is where in the New Testament it teaches anything at all about the meaning of the Feast of Tabernacles or relates it to Jesus and the millennium.

What we appear to be dealing with here is simply more theories and speculation from HWA.

There's nothing like Olde Testament Christianity in the fine tradition of the modern Pharisee: Purely physical rituals for the unconverted with Church Corporate Cult Conventions to make it just fun enough to hold the interest of the obsessive with distorted perceptions.

Not much here to promote the good news of redemption: Just the hope of unlimited powers to torture enemies of your kook belief system at some time in the future when you become immortal and immune to consequences of your actions.

"For he is not a Jew, which is one outwardly; neither is that circumcision, which is outward in the flesh:

But he is a Jew, which is one inwardly; and circumcision is that of the heart, in the spirit, and not in the letter; whose praise is not of men, but of God." Romans 2:28-29

The author of the article, Mark Kellner, is a former WCG member who later converted to Seventh Day Adventism and was a writer for the SDA movement. He's been friends with the likes of Mike Snyder and others in UCG for years. Note that the photo accompanying the article was provided by UCG. Nothing sinister, Kellner's a respected journalist, but it's not like some reporter came out of the woodwork and discovered all of this. Kellner's been in the middle of it for years.