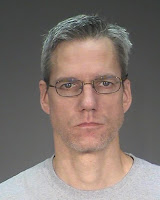 Prosecutors in the UCG minister murder case had deep concerns that Steve Allwine would post bail and skip town.  He reportedly has the assets to do such a thing and recently had cashed in gold and silver stock piling money.

Plus, the investigators are shocked by the sophistication that Allwine went to to find a hired killer.

Fred Fink, criminal division chief for the Washington County Attorney’s Office, had requested a $2 million bail because he said circumstances suggest Allwine is a flight risk. Fink said Allwine has the funds to flee and recently liquidated silver coins for cash.
Fink also referenced the sophistication involved in Allwine’s alleged actions, saying it “appears to be an absolute determination to kill this woman.”
The criminal complaint’s eight-page narrative details a complex investigation led by Cottage Grove police, who had assistance from the FBI and the state Bureau of Criminal Apprehension as they conducted deep digital forensic testing and dug into the dark side of the internet where murder-for-hire jobs are paid for in virtual currency.
“I think the big difference between this and a more common murder is the Dark Web,” Cottage Grove detective Sgt. Randy McAlister said. “It’s the internet connection. That’s what’s really been taking a lot of time.”
As many as five Cottage Grove detectives have worked the case for over two months, setting aside much of the rest of the caseload because of the Allwine investigation’s complexity. They were full-time on the case for the first month, McAlister said.
“This is the first case involving death threats on a purported Dark Web website that we’ve ever dealt with,” McAlister said. “This is definitely the most in-depth.”