COG false prophet EXCITED his prediction that the potential "Beast" of Europe has grown a beard...Seriously! 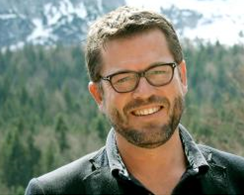 If you though Almost-arrested Elisha, Elijah, Amos, Habakkuk, Joshua, second witless witness, prophet apostle, future martyr, doubly blessed and disappointing "son" of Rod Meredith, could not get any weirder, then think again,  Elijah Thiel is all a twitter right now that his Bro, Baron Karl-Theodor zu Guttenberg has grown a beard!  This beard is further "proof" that Guttenberg may end up being the Beast of Revelation.

Seriously, is there no end to the stupidity coming out of Church of God "leaders" any more?  Have they no shame?


The Bible shows that Europe will ultimately turn to a ‘strongman’ of its own in Revelation 17:12-13.

This may very well be Karl-Theodor zu Guttenberg.

Regularly readers of this page are aware that 9 speculative predictions I posted over the years related to Herr Guttenberg have been at least partially fulfilled:

Note: He did NOT have a beard when I first posted something that indicated that he could get one.

Several of those predictions were based upon my understanding of prophecies in the books of Daniel and Revelation, plus outside sources. 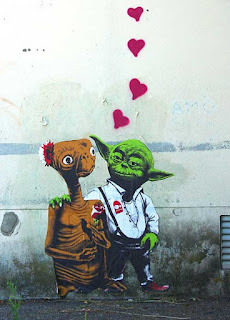 Daniel and Revelation, plus outside sources

Outside sources? As in Extra-biblical, the topic of a recent Banned article?

If HWA had access to this material, he may have known that clean-shaven Franz Josef Strauss, Mussolini, and Hitler (who only had a mo) didn't fit the bill.

This prophesy sounds like how some imagine me!
Could I be the Beast?

He has advocated more European military cooperation. (US foreign policy since 1945)
He became unpopular for a time (and still is among many). (That's me.)
He ended up, for a time, outside of political office. (Yup)
He went out of the limelight for a while. (Not posting that lengthy anymore.)
He went into exile (self-imposed). (I also post on other blogs)
His exile was to a humid location. (Basement)
He has partially re-emerged in European politics. (lip service)
He has called for Germany to consider being a leader in data protection. (Souldn't we all)
He now has a beard. (Sometimes I slip out early to post.)

Seriously, most prophecies in the Bible are revealed when the event itself has passed. Can anyone list the chapters and verses please? I am not a scholar.

So God micro manages people lives, thousands of before their birth, to the effect of them wearing, or not wearing a beard. This is another example of ministers making God in their own tyrannical image. Contrary to what they teach, God is a freedom loving, rights respecting God. It is inherit in the parable of the talents.
Note how these splinter leaders are all cut from the same Herbie cloth. The criticise him, pointing out his sins, but he is still their moral, psychological daddy.
Which sliver or sliver leader has ever denounced tyranny?

With that beard, he would make a excellent replacement for Hugh jackman playing the Wolverine character. Someone, please use PhotoShop to put Wolverines metal claws on the baron. Call him Baron Wolverine.

What is Thiel going to do if he finds out that the good Baron goes "commando" at times?? ;-)

...and he has new glasses! Number six: "exiled to a humid location" is the clincher. Take that Dave Pack.

The Beard and being exiled to a humid location is convincing. He must surely be the man.
Time is short... All of you "haters" had better wake up and listen to the gods African Prophet before it's too late.

I am without words.

I can see the all knowing and all wise Creator of Universes , when planning the coded prophetic messages that mankind must absolutely get right and from the absolutely right church, prophets and apostles, or go into the Lake of Fire, needing to fine tune prophecy this way.

Oh...you might say, "Self imposed exile" can mean "he moved, taking him out of the local limelight", not being adored by everyone is pretty true of all humans, with a partial interest in politics of Europe, of all places, is just because he lives there and advocating cooperation on various topics as mere coincidence, but this is heady stuff .

When the gods code prophecy, they have to do it this way. The reason is obvious if you know where to look.

"He answered and said unto them, Because it is given unto you to know the mysteries of the kingdom of heaven, but to them it is not given."

ONLY THE WISE AND THE CALLED WILL UNDERSTAND BEARDS AND HUMIDITY IN PROPHECY....but to the uncalled, blind, miserable, poor and naked....it is not given.

I've lost my Captain Midnight decoder ring and can't find where to get another one.

Can someone help with what Dr. Robert Thiel is going on about with this Dr. Karl-Theodor zu Guttenberg?

I think they're doctors.

Do they have their medical licenses?

This is so confusing....

When Bob senses that an event "aligns with" something he wrote, he'll quote, and often at length, his 'prediction'. While that was missing, each post always ends with a large number of 'related' posts.

And notice each post contains: Of course, none of this proves that Karl-Theodor von und zu Guttenberg will have to be the King of the North... On that I think we all agree.

Bob Thiel brags again writing: "The Bible shows that Europe will ultimately turn to a ‘strongman’ of its own in Revelation 17:12-13. This may very well be Karl-Theodor zu Guttenberg..."

Rev 17:12 And the ten horns which thou sawest are ten kings, which have received no kingdom as yet; but receive power as kings one hour with the beast.
:13 These have one mind, and shall give their power and strength unto the beast.

Now, where in those 2 verses did the Bible show anything about "Europe?" Nowhere!

Now, where in those 2 verses did the Bible show anything about a "Strongman?" Nowhere!

What a wasted brag that was!

Bob Thiel, ignorant of the Beast's identity, uses the word "may" when he brings our attention to Karl-Theodor zu Guttenberg. Duh! So what? It is ridiculous to speculate that Karl is the beast!

Just how stupid is Thiel's speculation? Where does Bob Thiel show that the beast has a beard? Nowhere!

But the beast does have some characteristics we may look at:

Rev 12:3 "And there appeared another wonder in heaven; and behold a great red dragon, having seven heads and ten horns, and seven crowns upon his heads."

I wonder if Bob Thiel can figure all of that out and identify that beast without verse 9?

The stupidity of bringing up that beard locks Bob Thiel's mind into Karl-Theodor zu Guttenberg! Well, live with your stupidity. Now, don't get me wrong, Bob. I'm not saying you are stupid, but that thought between some beard and Karl is.

And don't forget: the 10 kings of Rev 17, the 10 horns, don't even reveal themselves until Satan is loosed out off the bottomless pit.....and that is some time beyond your Mickey Mouse Millennium!

But Bob Thiel, you don't understand Rev 17 any better than Rod Meredith, Doug Winnail, any of the other xcog leaders either, and so life goes on...but that beard/Karl thingy is really stupid. Think about it!

And time will tell...

Great news! Connie is not the beast.

I have TEN--count 'em--TEN--reasons why Johann Schmidt (John Smith) could be the beast.

I did NOT say he WAS the beast, but, dear brethren, KEEP AN EYE ON THIS MAN!

Yes, if you're not wearing your COG-Goggles you don't see it. If Gerald Flurry would say that on Key of David, he'd tell you that you can prove it, write for the free booklet...

Sometimes I randomly check scriptures that are quoted to support a statement, and usually you need a hefty dose of Armstrongism to supply the support. Caveat emptor.