Happy 5th Birthday To One Of The Biggest Excuse Making COG's in 80 Some Years. 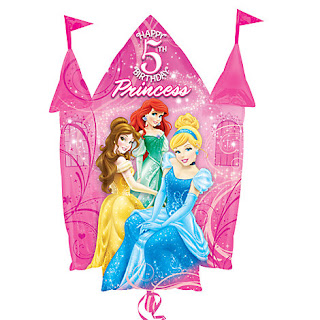 It is birthday time for the Continuing Church of God, the one true holy catholic church that God is only using in the 21st century.

Even on this joyous occasion, Not Arrested, but almost arrested Bob Thiel is letting his bitterness shine through yet again.  That ornery Living Church of God had to go and ignore his demands and then turned their backs on him, FORCING him to start a new church.

Dear Brethren and Co-Workers in Christ:

Greetings again from the Five Cities region of California.

Today, on the Roman calendar, marks the fifth anniversary of the official start of the ContinuingChurch of God as a separate entity.

Without going into all the details, suffice it to say that my prior Church of God organization made it clear on December 28, 2012 that it would not keep promises to correct errors, while then putting out more false information about me personally (see also Why Bob Thiel Left the Living Church of God). After concluding that their words and actions demonstrated further attempts towards reconciliation were futile, I informed that group I would not be part of them. Later that day, my wife, I, and some witnesses then notarized paperwork for the start of the Continuing Church of God.

Delicate Bob had a tummy ache and made sure to let his African followers how ill he was feeling, which I am sure was a major disappointment that the Apostle could actually get sick!


The sermon recommended for this Sabbath goes over some of what has been happening in the Continuing Church of God over the past five years. Perhaps I should mention that I got ill and was not feeling well when giving the sermon (and am not quite back to normal yet). It is not an excuse, but when mentioning areas with financial supporters, I forgot to mention that we get financial support from a couple of supporters in Australia and one from Trinidad & Tobago. Anyway, the sermon was still made, despite how I physically felt.

The great deluded one still believes his personality cult is the fastest growing COG ever to exist in the 21st century. No other human leader has been as successful in drawing in members as he has, even though most are money mooching Africans looking for a quick handout from another rich American "evangelist."

The self-appointed apostate apostle then makes the claim that his group is supported not only by some nightmares and double blessings but also by the entire Bible, Peter, Paul, John, Polycarp, good old Herbert and dismissive daddy Rod Meredith.  What a list of names to toss out in support for starting a COG!


We also have not compromised on church governance as other Church of God groups have (see also The Bible, Peter, Paul, John, Polycarp, Herbert W. Armstrong, Roderick C. Meredith, and Bob Thiel on Church Government), taught the truth, and strove to have the priorities that Philadelphian Christians should have. The fruits of the work have confirmed this.

You can read the rest of the most astounding letter ever written to COG members here:

Bob has lost the normal, natural human capacity to feel embarrassed when he does something that appears as ridiculous or shameful to all others. Let us pray that God regifts him with the ability to feel embarrassment in the coming New Year. There are some others we should probably add to that list as well. If certain key people knew embarrassment, there would be no Armstrongism.

I READ THAT TODAY!

It is a crock of shit. If he was honest he would publish financial figures like HWA did. A vanity game played as if he was Herbie Harmstrong.

just try to get your mind around this level of irony:

"This has been unmatched by any Church of God group this century."

Thankfully I never had a chance to hear of any of these splinter groups until the advent of the internet. Way back in the 198o's I had asked to visit a WCG congregation and low & behold I had a local minister speak to me and after about an hour or so he said I wasn't ready to attend. Anyway, I took that Armstrong literature out to the trash and until recently I never knew what happened to that sorry excuse for a church.

You read the article, now watch the sermon, where Bob explains the significance of the number 5.
While you're at it, you can also get Bob's latest info on the slave labor camps.

Only Idiots Live In Ohio said...

well, who would even know about this guy except for the free ads u people give him...

He's just as delusional as Dave Pack. The only difference is that Dave just looks more professional, and well put together in his videos, because of all the money he takes in thru "common." He can have a professional studio built, with no shower curtains, and a real teleprompter, and editing department, unlike Bobby. Also, a real IT department to throw a few booklets on the internet, and claim to be doing the "greatest work ever." And a fancy campus, and gated community of ministers to surround the prophet, and to agree with every new doctrine under the sun. And servants to get his groceries, and gas, etc. from the Giant Eagle next door. Bob should take a few pages from Dave's book, he would also be taken much more seriously if he claimed to be an apostle.

What's new for the year ahead.

Sounds like a major butt hurt for beta bob.

One would think that at least some of the Africans to whom Bob proudly points would come here to defend him. As it is, only an obvious troll who regularly makes sport of this blog has pretended to defend him.

Most likely, Bob is best known by the folks at LCG, most of whom probably think of him as being just another disguntled ex-member who went off the deep end and needed to be disfellowshipped.

Thiel starts off with ONE, actually one half , because he is a HALF WIT!

Now in all honesty, Thiels group is larger than that, but it is not statistically honest to use "Annual Compounded Growth" when one is starting from rather humble beginning figures.

Small entry level business startups of many types can have a quick explosive growth. However the real test for any organization is when they have to add management levels, divisions and create a corporate environment.

Many a founder and entrepreneur find that they are unable to transition to that type of management. It is wise for someone who has reached that stage to simply sell out, and , if they wish, do what they are good at in another venture, which is start up.

I propose that even HWA was a total failure in making that transition, and hung on 25 years too long as a "Henry Ford" type management style that stifled the organization from being able to successfully go to the next stage of development. The resulting fracturing, a type of Balkanization similar to the aftermath of the death of strong handed Tito, is no surprise given the HWA management style.

Up the Irons! Ooh, that would be a massive butt hurt for Bob. Maiden over Bitter Bob any day!

Your comment; ("Bob should take a few pages from Dave's book, he would also be taken much more seriously if he claimed to be an apostle" is something he will have to do if he claims to be the only one keeping the true government of God. He has two big problems regarding his supposed office of prophet; the first being no prophets ordained anyone in the new testament church. He can't biblically ordain anyone! Secondly, prophets reported to apostles in the new testament. So as his church sits now, it can only have a prophet (Self proclaimed) who can't report to anyone and can't ordain anyone and possibly some church pastors or elders or deacons that have come into the church whom none of which could ordain an evangelist. To get around this BIG problem he will have to think like Dave Pack. Dave Pack in the early years of his church proclaimed that his church was the only true church because it was the only one that held to all that HWA taught and that he , even being just a church pastor was the head of it. But soon great fear came upon him because what would happen if God would call an evangelist into his church - who would OUTRANK him. The only solution was to proclaim himself the 21st century apostle. Now Mr. Pack outranks all the offices and is of course the official trainer of the last two prophets (Witnesses).