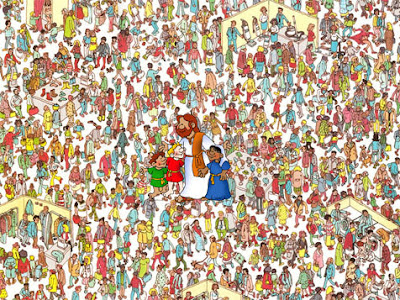 Those fun loving boys in Cincinnati just dropped a lot of money on a new recording studio.  This gives them the opportunity to now to compete with  Bob Thiel's amazing animation videos.  They are proud of thier new series of videos. Its typical a COG menu of end times crappola and traumas of Revelation that are the most important things they can talk about since it is hard to ever find them talking about Jesus.  Imagine building a video studio to promote Jesus?  What a concept!

[JANUARY 10, 2019] We are pleased to make available a short, 6-minute video that highlights the construction and completion of the Church’s new Video Recording Studio. Please take a moment out of your day to see the many benefits the new studio will provide for the Church in preaching the gospel of the Kingdom.

This video also plays from the Church’s new Beyond Today app on the iPhone in the “BT DAILY” category—as well as in our apps on Roku , Amazon Fire TV and Samsung smart TVs. Please install the Beyond Todayapp on these devices if you have them. Go to the App Store and search for “Beyond Today Television” and download it onto your iPhone. Please note, we have discontinued the Beyond Today app on Apple TV, in favor of the iPhone. We are also working on an Android version of the app, which should be available in late January.

The first three Beyond Today TV programs we recorded in the new studio will air in February, beginning on Sunday, February 3. Here is what’s scheduled:

The UCG has dropped a lot of money on things that have not produced much, if anything. UCG, now going on 24 years old, there is but just a handful of people that have come into the church from its television or magazine efforts. Now a new MILLION DOLLAR investment into a studio for a vehicle that just does not produce fruit!

Add into this the MILLION DOLLARS they lost on the Denton TX land deal, (They bought it for $2M and later sold it for $1M) and you have to wonder how many million more dollar "white elephants" can the UCG survive , with a now declining income and aging membership.

I use to debate this issue constantly with members in the late 1990’s and early aught years. It’s very easy to make the case that the COG is the most Christ centered church in existence today.


Answers to Questions from the Boys at Sinsinnati:

A: Yes, this is the Laodicea era, the era with godless groups like the UCG.

A: Apparently, many were led by it right out of the UCG and into COGWA.


Please let me know if I can be of any further help with your questions.

You are correct. The ACOGs talk a great deal about Christ. It's Jesus they don't talk about.

Tom Dale - please make the case and enlighten us.

Perhaps they shouldn't just change the packaging, how about changing the product inside?

"Come taste and see that the Lord is good." Of all of the subjects that are in the Bible, why not promote the most palatable ones on television? Leave the bizarre subjects that repel people for follow-up literature.

" It’s very easy to make the case that the COG is the most Christ centered church in existence today."

Are you referring to Christ-Centered within the COG's, or worldwide, including mainstream Christianity and the like?

The UCG has dropped a lot of money on things that have not produced much, if anything.

That's because Tonto's tomahawk is chopping their doctrines to bits.

All of the ACOG media efforts are running on empty. Consider LCG's latest news item, which accidentally admits that if you are one of their "scattered" brethren who can't attend LCG services, you'll have a healthier marriage if you attend a Sunday church service somewhere so you'll have a community around you, instead of staying alone and watching an LCG sermon video.

See for yourself at Church Attendance and Divorce Rates. During HWA's day, no Church publication would have dared to admit such a thing.

How did you come up to that conclusion from that LCG article? Nowhere did I read about them sanctioning a Sunday church service for their "shut-in" members.

When I read that article, all I see is more ammunition for LCG to force people to burden themselves financially, time-wise and health-wise to commute long-distances to attend an LCG service.

The new studio has 50 seats. I understand they had to appeal at Sabbath services in early January for people to fill more than half of them.

When the Radio Church of God was 24 years old, it was really getting street buzz and taking off. All those mega-watt AM clear channel stations, the summer baptizing tours, the new local churches being raised up. Not that it ended up being anything great and wonderful, but such a narrative does give counter-point to what’s happening with the splinters today (nothing).

The money UCG spends in their multi-media efforts are a waste. Why don't they use all that money to promote the local congregations. This would be difficult because most local churches do not own a building with their name on it. That is the only way that they can survive as I see it.

The thin man of Wadsworth has them beat on this, his HDTV studio is more impressive and came much earlier!

Though, UCG may be in better financial shape as looking at the latest Behind the Work video at RCG, I notice their Mail Processing Center seems to have been repurposed as a garage for the ever expanding grounds & gardens dept.!! check it out!

The WCG grew to about 150,000 people attending at its maximum. In his old age HWA had made it appear to be so easy to grow the church that everyone else thought that they could do it too, and even better than HWA had done. But the more the apostate Tkaches talked about how uneducated, foolish, incompetent, and unspiritual HWA had been, and how educated, wise, thrifty, and spiritual they were, the more the WCG stopped growing and started to decline.

After the Tkaches' Great Apostasy of January 1995, and the resulting total collapse of the WCG's income, some layed-off ministers in need of paychecks formed the UCGaIA. Former WCG members who still believed a little bit went with the UCGaIA. The UCGaIA bragged that at the rate it was growing it would have 25,000 people by the end of the year. So, of course, it never got that many people. The UCGaIA also bragged that it was already up to the same number of people that it had taken HWA many years to grow the WCG up to. Of course, the UCGaIA seemed to forget that all its people had come from the WCG that HWA had built up, and were only going with the UCGaIA because the apostate Tkaches had rejected virtually everything that HWA had taught and only repented of it just enough to bring back tithing. After that stream of people dried up, the UCGaIA stopped growing.

Then, the UCGaIA started to splinter and split.

The UCGaIA's first president David Hulme had to be removed because he was recklessly spending all the UCGaIA's money. So he split off and formed the COGaIC, but lacking any clear vision he just wasted the time and money of his couple thousand followers doing nothing but acting uppity until they came to nothing.

In 2010 a major split occurred with a bunch of ministers leaving the UCGaIA to form COGWA. The UCGaIA is currently led by the Tkach goon Victor Kubik, and COGWA is currently led by Jim Franks. The UCGaIA replaced the departed ministers by setting up a bunch of those godless, “newly credentialed” type bums as so-called “ministers.” When they aren't teaching their children to marry completely outside of the church, or having extra-marital affairs, or murdering their wives, they seem to be kidding themselves that they can grow the UCGaIA now that they have gotten rid of those who still believe that HWA had done something significant. The UCGaIA's attempts to attract brand new people who have never even heard of HWA get continually frustrated. Nobody comes. The demons that have heard of HWA send only the occasional useless weirdo their way to drain the UCGaIA's time and resources.

Now that the influx of former UCGaIA members into COGWA is drying up, COGWA's growth has slowed too. The writers at COGWA, who say they like to sit around watching movies, might have to cut back on the ready-made daydreams and get to work. In Loma Armstrong's dream, an angel had told her that there was much work for HWA to do and there would be no time for “movies.” The fat men in COGWA might have to get in shape and put on neckties to project a more professional image for their short little videos. The WCG had put out about 7,000,000 hard copies of its Plain Truth magazine each month, plus numerous books and booklets. COGWA does not want to produce hard copies of anything.

R.L. said...
The new studio has 50 seats. I understand they had to appeal at Sabbath services in early January for people to fill more than half of them.

MY COMMENT: Looks like they need to have some more million dollar "investment" so that they can have robot dummies fill the seats for their broadcast!

So what is the purpose of a live audience? So they can clap like happy seals in order to stroke the egos of the presenters?

I came from a catholic background and started attending WWCG in 1982.
The big stand outs for me were the teachings that Christ was the God of the Old Testament.
Also, how many mainstream Christian churches wash feet on Passover following Christ's example?
Other examples come to mind about the countless bible studies that focused on Christ being an elder brother, high priest, and mediator.


The Unbelieving Church of Godlessness, an International Abomination (UCGaIA)

Something does not add up with a statement made by the narrator of the video. He said that the cost of the studio did not affect their budget, yet didnt they just come out recently and say that they were down 7% in their money intake for the year?

The problem with all of these guys is that they have allowed Hollywood to infiltrate their thinking, believing this is the only way to spread the gospel. The true model to do this properly was already given by Jesus and it is right there in the NT for them to follow. Do you know why they choose a cushy chair, camera and teleprompter over Gods model? Because it requires persecution and hard work to do it the way Jesus instructed. True servants will spread the gospel the correct way, Just ask the Apostles.

That being said, I believe most in their ministry are being genuine in their efforts to serve.


Some old ministers in the UCG raised their own children to marry completely outside of the COGs.

Some newly-credentialed ministers in the UCG raised their own children to marry completely outside of the COGs.

Some members in the UCG raised their own children to marry completely outside of the COGs.

Some non-members who hang out at the UCG raised their own children to marry completely outside of the COGs.

Why would any new people want to go to the UCG?