Ambasador Campus: Million Dollor Condos Will Be On Market This Fall 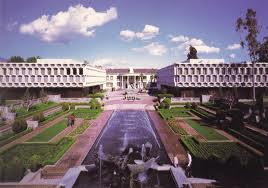 Long Delayed Housing Project Will Be Ready In The Fall

PASADENA - It's taken 15 years, four developers, one receivership and countless contentious neighborhood meetings, but the first 10 townhouses in one of the city's largest, most prestigious housing developments will go on the market this fall. "The Bungalows" in the newly named Ambassador Gardens, the first of 150 luxury townhouses and flats, have a price tag in the "low $1 million" range. And, as work continues on developing the former Worldwide Church of God's Ambassador College campus, demolition is under way on the distinctive "egg-crate" building that's been a familiar sight for decades from Orange Grove Boulevard,
It's a day some in the city thought might never come.

The new housing will also now extend down the hill along Green Street.  They have bought the property that Sunrise was going to build the senior center on (Hall of Ad).


"The newest wrinkle is that they have now taken over the large parcels along Green Street that were going to be the senior living complex," Mossman said. "So they are designing more housing for that part of the project now that will be quite different from the senior housing project -- it will be regular town houses and condos ... and we have not seen the newest drawings yet for that part of the project."

Besley declined to say how much City Ventures paid for the new parcels. The company paid about $15 million in 2010 to acquire 10 acres of the Ambassador


Click headline above for the entire article.
Posted by NO2HWA at 4:21:00 PM

About time. Glad the "eggcrates" science and fine art buildings are pulverized.

I can't wait till the Hall of Ad is torn down. That was the nerve center for some of the most appalling abuse imaginable. The leadership was sick to the core. Its too bad they found a buyer for the Auditorium. It should have been torn down too.

"Jesus worked a miracle in the church and we don't have the money for retirement.."

Ron did work a miracle. He and his wife are nicely retired on WCG funds. Just like the rest of the higher ups. They are set for life, while I struggle to survive on my SS. Assholes!

Yep...all that money wasted. How are the WCG survivors enjoying their social security - ain't much, is it?

Well, at least in Pasadena you can sell multi-million dollar condos. When Davey loses his compound in Wadsworth OH, maybe it can be turned in to a strip joint.

Dont be surprised if Flurry buys up one or even ALL of these condos, so as to own a piece of the "HOLY LAND".

"Ambasador Campus: Million Dollor Condos Will Be On Market This Fall"

MY COMMENT - (Living) Church of God proof that God calls "the weak and base things" to provide a lifetime of tithes, offerings, special offerings, Holy Day offerings and the Building Fund contributions for the development of God's College and HQ so it can be later sold off to others who become multi-millionaires.

God's way is give! Oh, when will the dumb sheep get it!

When I think of the sacrifices of so many under threat of eternal damnation to build Ambassador College and the WCG, it makes me angry to see these people profiting off the lay membership.

Yep, little Joey Tkach is a multi-millionaire who did NOTHING to create the Church's wealth other than inheriting it. But, they allegedly love sweet Jebus.

Joe was somewhat of a friend back in the day, but we never had any real serious discussions, because he was a joker and a prankster. I identified with that and was somewhat the same way, because it's how many of us young people coped growing up in a joke that was a church that our parents somehow couldn't see through and took seriously. Joking and pranking were an antidote to the zero tolerance punishment that church doctrine prescribed for the young. You had to keep your sanity, and you had to continue to be you. Rock n Roll helped immensely, too.

A lot of stuff happened in his life, and it is difficult to know what influence those events had on who he is today. I know that his knee was badly fragmented in a motorcycle accident, and if the account I heard is true, when his dad arrived on the scene and prayed for him, he was instantly healed. His mom's illness had to be an influence in profound ways. And, then, there are the Arizona years when he walked away from it all, which is what I would have expected from the Joe I knew. We're all a mixture of good and bad as part of the human condition, but I just don't know that we can see Joe in the same harsh ways that we see Gerald Flurry or Dave Pack.

I've often wondered what it might be like to have an off the record adult level conversation with Joe today, just to learn about his real attitudes, the processes which brought him to where he is right now, and to see what kind of lifestyle he really lives. I just don't know whether he could let down his guard enough for such a conversation to take place. I would never consider attending Grace, mostly because I fear that as with the OC/NC issues of classic WCG, the new theology would be contaminated by some of the HWA-based elements, like method of governance. That kind of authority almost becomes inbred.

I didn't know Joe walked away at one point. He probably found out he couldn't make it without daddy so had to come back. Of course one can fool oneself that it was God calling etc., but why am I so sceptical?

Regardless of how much money the membership spent on those buildings biting the dust, much more was spent on deceiving us all with lies, and HWA's attempts to befriend world leaders.

Does anyone know if GCI has more than a casual relationship with Azusa Pacific University? I know that several key members of Joe Tkach Sr's team, those who had been instrumental in the doctrinal corrections, had obtained degrees from APU, but is there more to it than just that?

It must have been shocking to these young (at the time) guys. Most who came into WCG during that era had been Bible illiterates and were attracted to HWA primarily because he used the Bible extensively to support his doctrines. To know that mainstream Christians can also do this effectively supporting their doctrines would have gone against everything taught by WCG. I think the difference was that most lay people of that time that you would catch walking out of services from say a Methodist church couldn't recite this supporting evidence, while the majority of WCG members could recite HWA's. Of course, if you are talking Calvary members, those folks have always heavily emphasized Bible Study.

http://ambassadorgardens.com
(copy and paste into browser)

UT, The Reigning Being of Being Banned by Banned by HWA said...

From what I gather, GCI is completely steeped in Grace & Justification. In a way, that is what I want in a church but, I'm still afraid of the organization and its people - given its roots.

As much as I continue to have a bad taste for GCI - I do recognize what race has done for them. Perhaps grace needs to hit me harder before I'm willing to forgive enough to ever set foot in a GCI church.

For now, I'm happy to see AC dismantled and fondly recall how some of my pranks were way ahead of the times in tearing down the institution.

I've run across some materials written by a man named David Covington that everyone should probably read if they are contemplating GCI. Can't recall the website, but, you may want to Google his name.

I came into a grace based approach independently of WCG or it's former ministers. Some ladies on another forum had made some points, and recommended some reading that were of great help to me. One particularly enthusiastic one recommended a book by Bob George, called "Classic Christianity." When I first came on to these WCG forums, many of my posts related to biker type activities, my then frequent trips to "gentlemen's" clubs, and stuff I'd gotten away with as an AC student. I was closed up tighter than a drum towards God, the Bible, church, etc. I also often used some pretty raunchy language in my posts back then.

I always felt that the minute the WCG changed their theology, there were people out there who had been teaching the "new" stuff for many years, had far more experience with it, and therefore were better qualified experts, potential spiritual guides. My younger sister and her family initially made the changes brought in by the Tkach's, but became very frustrated with their confusion and the ways in which the changes were administrated. They ended up finding a Bible-based mainstream church in their community probably about ten years ago, and it has been a very positive factor in all of their lives.

Early into this, I probably evangelized way too much. These days, I just say, hey, this stuff helped me advance in the healing process, so if you need to, check it out.