It's been several years since Garner Ted Armstrong died.  Now you have a chance to own many of Ted's personal belongings.  How about a mounted deer or antelope head that was killed on your tithe money's dime.  Ted would go on yearly hunting trips all paid for by tithe payers.

The ultimate knife in the back is that the auction is being held on a Saturday.

Check out the auction here.

Living Church of God Council of Elders Meeting: Will They Repent? 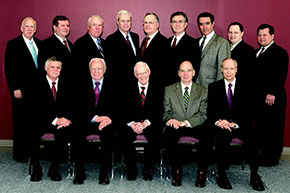 Several people have contacted me from the Living Church of God referencing the Council of Elders meeting that will be held this week.  Many feel that this blog will once again be the topic of conversation.  We have struck a raw nerve with LCG and Rod Meredith.  Will any of these men actually take into consideration the desires of LCG members about how they are being mistreated?

How can they sit there knowing how vocal and hurt LCG members have been in expressing their pain here on this blog?  The mere fact that LCG members have to turn to a blog run by a "dissident" to have their voices heard shows how tired members are of the way they are being treated. They know they have no voice in their own church...a church that was supposed to be the epitome of love and care.

Many of the men sitting on the Council KNOW that things are wrong yet do not have the wherewithal to speak up and say the church has been wrong.

Will these men take into consideration these items that LCG members have expressed concern over?

One LCG member wrote what the Living Church of God should be doing for its members, though the men doing this are few and far to be seen:


The true sign of the church is the love they have one for another, bearing one anothers burdens, visiting, aiding, helping.

We have always had some of those people amongst us, thank God for them!


Will these men AND Rod Meredith publicly repent in front of their congregations, and church as a whole, for the mistreatment and abuse they are piling on members?

Will they have any accountability to anyone in the church?

Do they even care about true reconciliation?

Living Church of God: Bob League and Rod McNair "Cast Me To Satan" 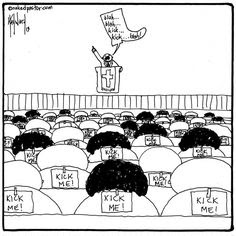 
Bob League and Rod McNair "cast me to Satan" in 2014. They asked me to headquarters, sat me down in League's office and told me that it was their "duty as God's true ministers to cast me to Satan".

To this day, they have never given me any explanation or reason for why they did what they did. I have racked my mind searching for a reason that would justify their actions, but have found none.

I begged, cried, pleaded, prayed, wrote letter after letter beseeching them just to talk. They ignored it all and never saw me again after that fateful night. I was dead to them which wasn't such a stretch because in my heart I felt dead myself. That was the point after all. They wanted me to die and a huge part of me did die as a result of what they did to me.

To put salt in the wound, they spread lies about me to tarnish my name and to ensure that they kept LCG members away from me.

I cried every day. Didn't want to even get out of bed. The profound sadness and despair that occurs when you lose everyone you loved without a single goodbye is literally the worse thing I have ever battled in my life. It feels like everything has been taken away from you and you've been left out in the cold to die a slow, painful death completely alone. Isolated, tarnished and alone.

Never knowing why made it even worse.

After over a year of prayer, begging God for understanding, I have finally come to a place where I can see that none of those people every really loved me in the first place. None of them were ever really my friends at all. How can you just cut someone that you have spent countless hours with over the years out of your life without even speaking to them on the word of your minister? What kind of a person does that?

It has been a hard, slow road but I get a little more numb with each passing day. I pray for the day that LCG no longer occupies space in my head but at least the acute, daily sobbing phase of this loss seems to have passed.

It's so easy for people to say, "be glad you are out of that toxic environment, count it as a blessing" but I am flesh and blood. I really loved those people and thought we would love each other for the rest of my life. I never thought our relationships were disposable. It's a hard reality with which to come to grips.

I feel I will never be able to trust any group of people ever again, never give my heart over fully ever again. I don't think I would survive this kind of loss a second time. To avoid it, I have learned that I shouldn't give more than I can afford to lose.

If you are in LCG and reading this now, you are not immune. You may think you are safe, that your friends are real. But they aren't. If Meredith ordered them to shun you, they would.