UCG: Even though the ship is sinking, we love spending money to patch the holes. 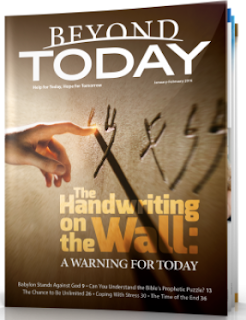 Vic Kubik sent out a letter the other day discussing the latest from Cincinnati.

One telling thing he pointed out is their Beyond Today flagship magazine.  For some reason they have been dumping hundreds of thousands of dollars into another failure.  No matter how much advertising they do, they cannot retain subscribers.  They have a 72% failure rate.

One very important benchmark is the reach and circulation of Beyond Today magazine. As 72% of readers do not renew their subscription, we need to constantly seek new subscribers. This costs money. We use everything from card decks and print advertising, to online keyword marketing to tell people about the gospel message. The more people that subscribe, the more who will ask for other literature and become engaged–even to the point of becoming donors and coworkers. Then some of these will eventually come to repentance and be baptized.


A reader here mentioned something I missed.  Its obvious from the above quote that the UCG is more concerned about number of subscribers first.  The more subscribers you have the more money that comes in.  Maybe a few will repent and be baptized, but its more important to have then numbers first.

Suely there is an editing error there.  I’m sure what he intended to say was first the reader will come to repentance, be baptized, then become a donor.  This unfortunate editing error will lead people to think  that their primary purpose is attracting donors not in bringing the plain truth about the good news to the attention of sinners.


What does UCG really have to offer? Thousands of members and 3/4 of the ministry felt that it had nothing to offer and left a few years ago.  UCG's income is not keeping pace with their expenditures and expectations.  Its still trying to be the WCG from the 1980's and it cant do it.  The glory days are gone in the Churches of God, never to return.

The January Beyond Today cover is prophetic, the handwriting truly is on the wall!

COGWA and Living Church of God, The Meeting That Wasn't A Meeting 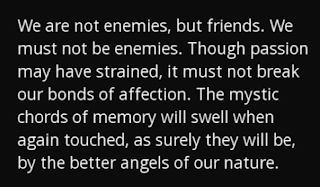 It'd been a week since the love fest between administrators of COGWA popped into Charlotte for coffee and scones with Rod Meredith and crew. This was a meeting where absolutely nothing was implied other than brothers getting together for some warm chats, or at least that's the story LCG and COGWA want people to think.

Popping into town were Jim Franks, Clyde Kilough, Doug Horchak and Britton Taylor.  For a group of high ranking ministers from a competitive splinter group to pop in at Charlotte like this is unusual, especially when they bring along their church treasurer and financial operations manager, Britton Taylor. More went on here that some chit chat over coffee in Rod Meredith's office.  It is surprising that anyone actually believe this.

Jim Franks claims it was nothing but conversations around the table.  They spent time talking about the evil empire of the Tkach era that drove them all out.  They talked about doctrinal changes, that ripped the church apart, their common bonds in beliefs and their own churches.  It was just one big love fest!

Do conversations need church treasures in attendance?  Everyone knows that LCG and COGWA are both facing money issues, LCG more than COGWA though. Meredith knows that when he dies that the money will dry up.  No one will support his son,  Gerald Weston is too much of a dictator and will drive more away, many others cannot stand the thought of being under Richard Ames.

If LCG and COGWA actually do attempt to merge they are both going to be in for a huge shock.  COGWA members refuse to join up with the heretics in Charlotte.  LCG members  consider the COGWAites heretics.  Its one big unhappy dysfunctional family.  But then, that is the current face of the entire Church of God movement.  Never has there been so many unhappy disappointed people than at this point in COG history.

Storm clouds are brewing and a chill fills the air. 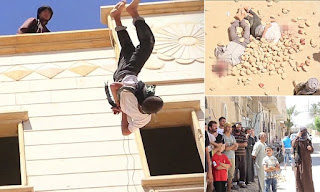 The Chief Pharisee has laid down HIS law again, this time lashing out at homosexuals. In his eyes it is appropriate that Iran hangs young men and that Isis throws them off of buildings.  When James Malm speaks it is quit obvious as to what happens to the mind of people who are obsessed with legalism.  Like Meredith, Malm apparently is sinless, therefore he can be the accuser of humankind and feel justified in doing so.  James Malm would be quite excited to see Canada and the U.S. do such things below.


God loves the homosexual, therefore the deeds of homosexuals are an abomination to God; and the homosexual person is to be killed so that his example does not infect others. Today there are millions who not only commit this wickedness; they loudly proclaim pride in their sin, so that their sin exceeds that of Sodom.  This is the duty of the government and no individual is to take it upon himself to attack anyone. 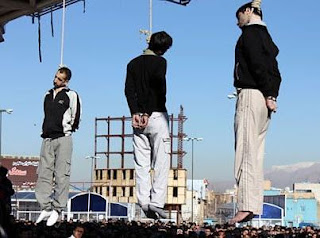 Wanton ladies in the Church of God 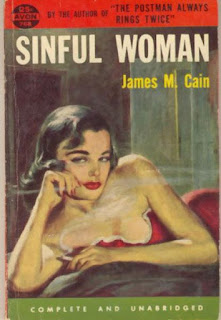 The Chief Pharisee is back proclaiming his version of what he wants scripture to say.  Like so much of ht time it seems to be that the women get the short end of the stick.  Ever since Eve gave Adam that juicy red apple while he was standing right next to her, women have been the cause of most evil in the world, at least in the eyes of religious dictators.

The Church of God has never been an exception to that.  From idiotic rants by Meredith and Waterhouse, to the dictates of Herbert Armstrong and Garner Ted in numerous articles and booklets. Even though many of the hierarchy of the COG could never keep their pants zipped, it was always the women's fault. And so it is today with James Malm.

Some of the wanton things COG women do are

Mess around with astrology and horoscopes:

I have noticed since I was first baptized in 1976 that the observing of times and horoscopes which is forbidden as an abomination by God, is commonly practiced in the Ekklesia especially by ladies. This is a grave sin which will keep you out of the resurrection to spirit

We are not to mix seed or fibers in cloth, or to mix kinds of animals. The focus on this is PURITY. The spiritual lesson is to keep ourselves PURE and unspotted by the false doctrines and prophecies of false religions. We are not to allow our white linen garments of righteousness to become mixed with the fibers of unrighteousness and error and sin, of impurity and defilement of false ways.

Let men perform oral sex on them before marriage:

I have heard of many cases where women have been convinced by their men friends that oral or manual sex is not really sex, and they then do this, thinking themselves to still be virgins.