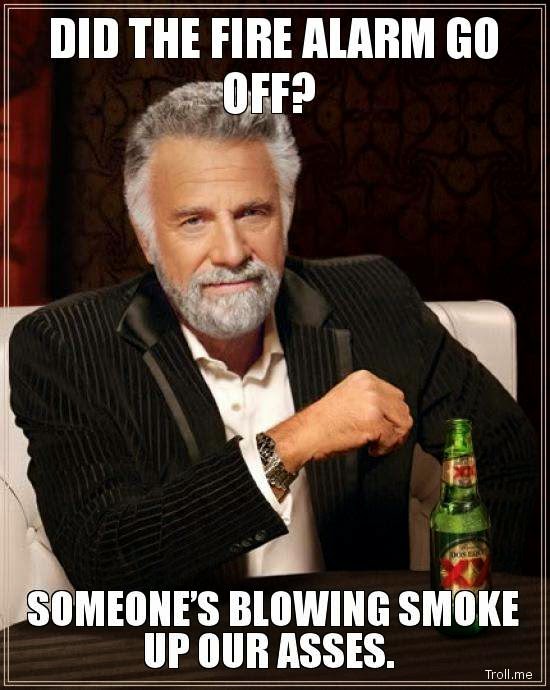 Just when you think all the silliness of the Philadelphia Church of God has been used up, along comes Gerald Flurry claiming he is one of the Two Witless Witnesses.  Apparently lil'Stevie is the second one.  As the Two Witless Witnesses they will have the power to devour their enemies with fire from their mouths as the prattle around Jerusalem proclaiming Herb's Word.

According to Flurry it is only he and his church that are doing a work because not one single other Church of God has a lamp that's burning brightly in this wicked dark and sinful world.  This must really frost Dave Pack who thinks he has the only lamp burning.  All this in turn ticks of UCG and COGWA who think they are God's gift to humanity.

They have all become such useless windbags saying such incredibly ludicrous things that nothing they say any more can be regarded as "truth" - not that it ever was.

These two men are to prophesy for 1,260 days. That means they start prophesying at the very beginning of the Great Tribulation and continue until the end. The point is, they are ready to prophesy for God when the Tribulation starts. These two men have great power. “And if any man will hurt them, fire proceedeth out of their mouth, and devoureth their enemies: and if any man will hurt them, he must in this manner be killed. These have power to shut heaven, that it rain not in the days of their prophecy: and have power over waters to turn them to blood, and to smite the earth with all plagues, as often as they will” (verses 5-6). Would a Laodicean leader have the faith for God to use him so forcefully? If he didn’t have the faith to do God’s warning Work, could he have the faith to demonstrate such power? Where in the Bible can you find God using a “blind” Laodicean-type leader who is about to be spewed out of His mouth to do such a job? (Revelation 3:14-19).

True Philadelphians did God’s Work in both the Philadelphian and Laodicean eras. Even though this is now the Laodicean era, God’s Philadelphia Church still does God’s Work. Only they are willing to “rise and measure the temple of God” (Revelation 11:1), or do God’s Work. So the godly representatives from both eras are Philadelphians. The two witnesses are called two lamps (“candlesticks” is not a good translation). And we know these lamps (two witnesses) are both burning at the beginning of the Tribulation. So it is really the lamps on which God is focusing. The Laodiceans do not have a lamp—so how can a Laodicean be one of God’s witnesses or lamps? These two lamps or witnesses could only come from the Philadelphia Church, where God’s lamp is located!  Who Are The Two Witnesses

LCG Members Ask: Since we are the only TRUE church, how is it that Flurry can afford A new college in England? 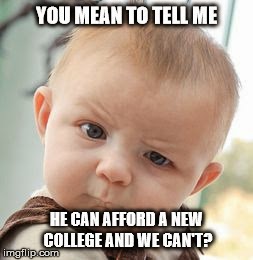 With Gerald Flurry's recent announcement that the Philadelphia Church of God had bought a property in England to start a college, many COG members are wondering why and how.  This seems to particularly gall some of the LCG members.  They wonder why he can do such a thing when he is NOT the true church and is preaching false doctrines.  Only the Living Church of God has the truth but cannot afford to do such a thing.

What is significant of note is that "Papa Bear" seems to really believe deep down that Flurry is a minister of truth.  That has been the problem of the splinter personalty cults of Armstrongism for decades.  None of them have the guts to speak out and condemn other COG's for being heretical.  They all think they are "brothers" on a similar journey and will eventually end up in the same place.  Petra certainly is going to be one contentious place to be when all of these groups converge thinking they were going to be the only ones there.

From the LCG Facebook page.  Names have been changed to protect the guilty

Papa Bear: Where is PCG getting $7 million from to purchase such property? Any property for that matter? LCG could do this too, but that money is better used elsewhere - like actually doing a worldwide proclamation of the true Gospel while we have the time and opportunity to do so. https://www.pcog.org/article/884/pcg-gains-new-campus-in-britain

Smoochie Poo: good for them, beautiful property
November 14 at 5:42pm · Like

Ms. Sugar Babe: They are trying to duplicate everything that Mr. Armstrong did.
November 14 at 6:31pm · Like · 1

Captain Canoodle: Not a word of Thanks. Gods not even a passing thought.
November 14 at 6:46pm · Like

Precious Princess: Preach the Gosple, not build a compound.
November 14 at 7:15pm · Like

Tuff Stuff: WCG had plenty of property back in the day.
November 15 at 4:40pm · Like

Love Nugget: Yes Tuff Stuff, they did and look who has it now and it has also gone the way of all material things. Back to rubble. The new owners of the property tore down the administration halls so they can build condos.
November 15 at 5:24pm · Like

Tuff Stuff: I don't know if there is one true church anymore, I was a WCG member for several years. I do read "The Trumpet" and I haven't found anything in it that seems wrong.
November 15 at 8:19pm · Like

Love Nugget: Tuff Stuff, like Cowboy mentioned...The "Work" seek God to find out who is actually doing The Work....also known as "the Ezekiel warning" that the Church, Jesus Christ raised up and gave the commission to do until the end. There is one out there but one must be seeking God to find out where it is.
November 15 at 11:12pm · Like

Ms. Sugar Babe: Tuff Stuff Their literature is riddled with error. For example: Mr. Flurry claims the prophet mentioned in Deuteronomy 18:15 is him. That scripture refers to Christ, not to any human being. If you read their booklets you will find a ton of error. On the subject of one true church, there is a sermon by Mr. Lambert Greer--"The Body of Christ" that addresses the subject. No one claims that there aren't true Christians in more than one group. But is God directly working through every group? Read Ephesians 4. Things today are no different than they were when HWA was alive. Back then we understood that there was one body. The parts of a body work together, not at cross purposes. I hope you will find Mr. Greer's sermon and listen to it. If you can't find it on the website, I'm sure your minister has a copy.
November 15 at 11:27pm · Like

Ms. Sugar Babe: With regard to buildings--much of the property acquired by HWA was either given to the church (by the Hammer family) or bought for very little money. When the auditorium was built, the church was a lot bigger than it is today. This is a different time. None of the COG's have the numbers or the money to do what Mr. Armstrong did. Time is short. The work of preaching the gospel and the Ezekiel warning take priority now. We've learned to do things in a more economical manner. Technology has made some of that possible. Mr. Armstrong built a foundation that we are building on now.
November 15 at 11:37pm · Like 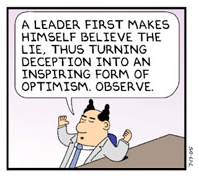 In my last post I had an article about a sermonette from Rod McNair reinforcing the rules of disfellowshiment that LCG uses against members and ministers.  That post stirred up a strong reaction form many LCG members who lashed out that it was all a lie because LCG is the most unified COG in this dispensation. It is filled with more brotherly love than any other COG out there because it has true doctrine and government.

That facade is now crashing down around them.  Various Elders and ministers of the LCG are under the microscope of Rod McNair and Bob League.

Rod Meredith has now appointed an inquisition to cleanse LCG of any who are not in full agreement with everything he says.   “I’ve asked Mr McNair and Mr League – they’ve been working as a team to get all the information on many of these things – and I’m working with them and other leaders … We’re trying to keep God’s church clean.”  That is, they are now purging LCG, due to the extensive divisions in that organization, which until now Meredith has lied about.

Malm is correct in the fact that Meredith, McNair and others have deliberately lied to members as they tried to present the facade of extreme unity.  Any thinking person could have seen through that facade if they actually used their brains instead of swallowing every word from Charlotte as the gospel truth.  Countless articles, letters, sermons, sermonnettes and messages of encouragement in the LCG News have repeatedly in the last year made comments about the importance of keeping unity in the church.

Rod Meredith then lies in an effort to defame those who do not follow him as their idol.  Roderick Meredith says, “We found that some of these people we’ve had to put out (of the church) … they often lie and lie, and they’ll twist and turn, and turn things around …”  which is exactly what Rod does.

For some time there have been more than a dozen elders and a large number of brethren who have been very unhappy with changes in LCG teachings and with the heavy handed obey Rod or else, exalting Rod Meredith above the Word of God.  It appears that Rod now knows who they are or he would not have announced the League/McNair team.  It is easiest to gather such information in secret before announcing what is being done.

How swift with be the naysayers hopping on here denying that there is still no problem in the LCG with unity?

Meredith and others in the Living Church of God have a rich history of causing division and destroying unity.  He went on numerous witch hunts while over Church Administration in Pasadena before he was exiled to Hawaii for insubordination. He caused another division when he turned his back on the Worldwide Church of God and started the apostate Global Church of God.  Then after Raymond and Eve McNair came crawling to him on their knees with trembling lips begging his forgiveness he then took Global Church of God's money and started the Living Church of God.  McNair and those few who remained in Global never recovered financially from Meredith's despicable act.

Hundreds and hundreds of destroyed lives have been left in Meredith's wake over the decades.  When will these people ever wake up?
Posted by NO2HWA at 11:20:00 AM 35 comments: 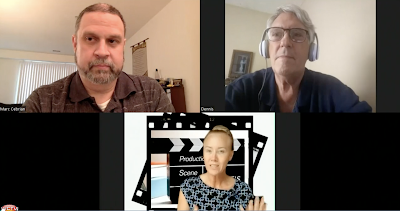