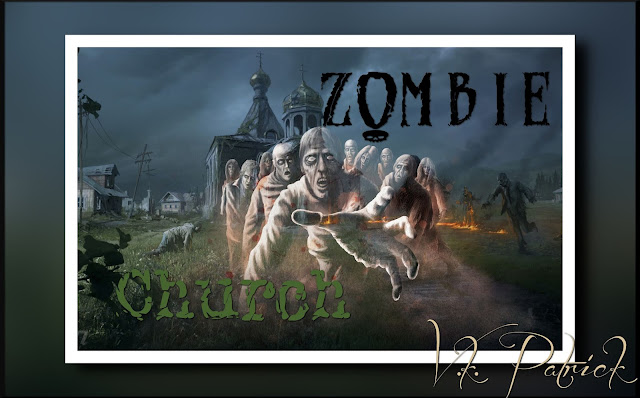 Anonymous notes:
"What is this?

"Isn't RLDEA now basically a "zombie" ministry promoting sermons by a dead guy? It's GTA version 2.0."
"Regarding RLDEA being a "zombie" ministry...
I get that observation if the person sees no value in the works of Ron Dart. No problem there.
But some of us believe that Ron's stuff is of really high quality. For that reason, we enthusiastically promote it. We believe that it can be helpful to those who wish to better understand the Bible."
--Wes White
Also noted:
"Ron Dart was an excellent teacher, very little that I disagreed with. (maybe he was wrong, maybe I was, or maybe we both were) I'm glad his material is still available."

As I mentioned as well as others, if one quotes from the Bible, Old Testament or New, to promote their own view of how all of life should or must be, they too are trusting in a Zombie Ministry.  All the authors of the Bible are dead and those dead men have been telling their tales and repeated by millions for over 2000 years.  Believing that "well that's different" because the original now dead Zombie Apostles were inspired by God directly and meant to pass it all on.  Actually that's not true as none of them thought anything they taught was for anyone but those of their own generation and would not be written up and circulated for two thousand years into the future, but that's another hot topic.


In 2006, just three short years after the death of GTA, hearing him again on the radio  and experiencing the phenomenon of locally popular radio evangelists, now dead, still filling the airwaves and promoted by their surviving families to keep it all going, I found such a practice strange.  But now, I have mellowed with the realization that anyone using scriptures today is practicing the same kind of Zombie Ministry that still goes on.  Whether it is on tape, video or in books, new or old, bringing up the dead to continue their ministry as if they are not dead is indeed Necro- Evangelism.  So one has to at least admit that all religions by now are Zombie Perpetuated as those long dead still blast out their teachings to the living. 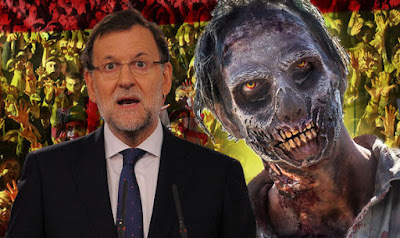 Gerald Flurry: When Trump Is Reelected, He Will Deport PCG Members To Jerusalem 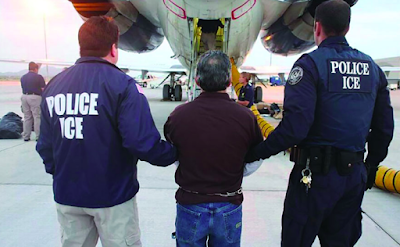 I think Gerald Flurry needs to be reported to the government for his assassination comment.  Given how incredibly crazy some COG members are in these lunatic fringe groups, there is a strong possibility that some whacked out member will do something stupid in order to make prophecy come alive.

From Exit and Support:

Flurry's "Prophecy" Might Shake Certain Members' Faith in Him:

If GF's "prophecy" in January 2017 [See January 14, 2017 PCG Letter] about President Trump fails, it might shake certain members' faith in GF. He has "prophesied" that Trump will be re-elected and will force the members of the PCG to be deported to Jerusalem, and will also be assassinated in his second term. --T. H.

Of course, we know it isn't going to happen.  It is just the diseased mind of Gerald Flurry dreaming up another lie like he is prone to do.  As his mental facilities deteriorate due to his alcoholism, his heart problems and advancing age, his mind begins dreaming up more and more idiotic scenarios, much like what Bwana Bob Thiel is doing.

Flurry is too stupid to realize that Israel would NOT accept a bunch of religious nuts from the United States into their country.  They prohibited Armstrongite David Ben-Ariel from entering the country as a single man, so they sure as hell would not let in a few thousand religious fanatics just because they restored a park in Jerusalem.

If we each had a dime every time a Church of God leader makes a false prophecy, we would all be multi-millionaires by now.  And yet, there are still gullible people who listen to these liars and send them their money. 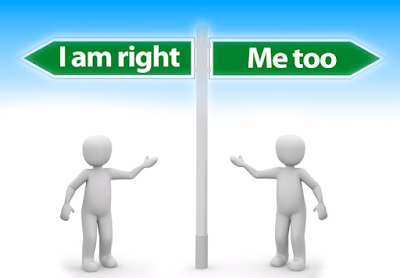 There is a striking commonality between Atheism and Armstrongism beyond the fact that they are both belief systems.  Though they may be antithetical in their larger purposes, the intersection between these two systems is to be found in their shared anthropology.  In short, both philosophies paradoxically deprecate the value of human beings.  Their deprecation is paradoxical because atheists often tout an impoverished form of humanism. And Armstrongism is highly dependent on human resources for financial viability.   Humans, the objects of their diminishment, are pivotal to both.

In Brief: The Atheistic Materialist Perspective on Humanity

Materialism recognizes nothing beyond the material realm.  It is typical for atheists to adopt materialism as their explanation of reality.  This seems to be a natural pairing.  The Universe to the materialist is a place of physical objects and forces where the credo is written in terms from physics and chemistry and other hard sciences.  Anything that transcends the physical is outside its purview and is denied.
Materialism diminishes human beings to an accumulation of atoms and molecules.  Consciousness and thoughts, without any compelling rationale, are believed to be merely swarms of chemical reactions.   Humans are thought to be biobots, a kind of biological machine - a pleonastic fallacy.   And the frequent appeal to analogy is that the human mind is like a computer.  This comparison is inapt because non-thinking computers are programmed and operated by human minds.  If we are to go by the physical evidence alone, a comparison of our brain anatomy with that of our primate cousins would indicate that we should be only a little smarter than chimpanzees.  Our excess of sentience is enormous.
But if a human is just a biological machine that means that he may be repaired, modified, corrected, repurposed and made to march to the drum of someone else’s intellectual pretensions.  To the atheist who is truly committed to the purity of materialism, the faunal human has no dignity. If someone claims that atheism does not deprecate humanity, that person needs to recognize the impact of mechanistic materialism on society: racism, control of lives, brainwashing, sterilizations, eugenics, compassionless survival-of-the-fittest social principles and humans as an impersonal resource.

In Brief: The Armstrongist Perspective on Humanity

While Armstrongism does not present us with a documented systematic philosophy or a systematic theology, we may induce its attitudes towards human beings by examining practice in regard to the common lay member.   For example:
1.     Herbert W. Armstrong (HWA), based on his own words, had a low view of the lay membership of the Worldwide Church of God (WCG).  HWA saw them, principally through tithing, as little impersonal moving parts of a great machine called “The Work.”  He was the steersman of this great machine.  For example, he one time told the congregations that if they did not help him in doing “The Work”, God would raise up stones to replace them (a mishandling of Luke 19:40).   In other words, they were easily replaceable, like mechanical parts, and their humanity, salvation and theotic potential was not a concern.

3.    The highly structured caste system of the WCG was also a means of diminishing people to the status of mechanistic modules.  Each module plugged into a carefully defined port in the great machine.  And each module recognized its immutable boundaries – the protocols for mechanistic operation and the attendant loss of human value.

Armstrongism and atheism are alike and unalike.   Unlike atheism, Armstrongism seeks to cloak itself in Christianity.  Unlike Armstrongism, atheism seeks to cloak itself inaptly in the august nobility of the scientific method.  Where they are both alike, the point of synthesis, is in their debasing humanity to the level of the utilitarian machine.  In the case of Armstrongism this is done by treating people like “cogs in a wheel” to induce a backflow of money and in the case of atheism this is done by relegating people to the status of mindless biobots so they can be, I suspect, controlled.  Whatever the purposes, whether apparent or inapparent, the dreadful impact is the same: the loss of the human and the formation of the soulless android.

“If you want a picture of the future, imagine a boot stamping on a human face—for ever.”