Armstrongism - It's A Misfit: Drawing Trees 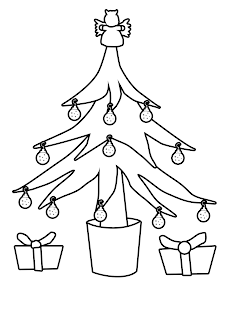 There is a great blog story up today by a former COG member who responds to an article in United News, Treasure Digest: The One Snowman, where the author is proud that their children suffer by being "different."


I recently read an article on just this subject by a member of one of the many little groups that splintered off from the church Mr. Armstrong founded, titled Treasure Digest, The One Snowman  . Reading that piece brought back memories of being that little lonely girl, feeling lost in a culture that she was told was evil, being terrified of being found out for wanting some of the joy the other kids, and just being plain old confused by it all.

When I read the article again, I became angry at the tone and the theme of the piece. They acknowledged that their children endure ridicule and loneliness and even shunning for the faith of their parents. But they took that acknowledge as a matter of pride. They wrote:

“While I think we need to give our children credit for what they have endured for our beliefs, I also think there are important lessons that we adults can learn from the children and especially from the example of the one snowman.”

I don’t know if the writer of the piece ever stopped to consider that the reason why their child drew a snowman instead of Santa. They drew a snowman for the same reasons I drew what I did; because they were terrified not to. It wasn’t courage, or obedience or even faith that prompted me to not participate along with the rest of my class. It was plain old fashioned fear. We had a choice, to face the strange looks and whispered gossip from our schoolmates and the lack of understanding of our teachers and friends, or face the lectures and guilt heaped upon us by our parents, no matter how well meaning, and the ever hanging fear of what God would do to us for putting colored balls on a second graders rendering of a pine tree. 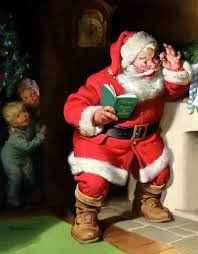 December. We are mobbed by Santas. Inflatable Santas, poster Santas, song lyric Santas, manikin Santas, department store Santas, and other varieties on end. They are all part of a conspiracy to bolster the faith of children like the 8-year-old O’Hanlan girl addressed in Francis P. Church’s 1897 editorial “Yes, Virginia, There Is a Santa Claus.”

That little essay is a masterful piece of rhetoric. (If you need to reread it, you can find it here: http://www.newseum.org/yesvirginia/). Church worded the piece to make a child believe the jolly old elf is real and “lives and lives forever.” The same words say to adults, with a wink and a nudge, that Santa exists only as an abstraction. Key line: “Not believe in Santa Claus! You might as well not believe in fairies.” The trick is called equivocation, and we are supposed to chuckle at how cleverly Church plays it. He conveys contradictory meanings to two audiences simultaneously.

I don’t chuckle. The trick is nasty.

Santa is one idea where I agree with Armstrongism, at least to the extent that adults should not persuade the young to believe lies. Fiction is fun. Deceit is twisted. My Radio CoG parents let us kids know in no uncertain terms that Santa was a fiction. My wife, who grew up in a Baptist household, says her mother led her to believe in Santa till she was in fourth grade. After finding out the truth she resented being made a fool of for all those years. She also tells a story about one of co-workers. The woman’s daughter’s teacher called her and said, “Jean, you’ve got to get down here to the school. The other kids have told your daughter there is no Santa, and she’s standing here with tears streaming down her face saying, ‘My mother and father told me it was true, and they would never lie to me!’” So when my wife and I had kids ourselves, we made sure to let them know Santa is a game people play. Fun, but not real.

In a sermon, Garner Ted told an anecdote about a different hazard of the Santa lie. The Santa story would make kids doubt god. After two boys had just found out about Santa, one of them said, “And I’m going to look into this Jesus Christ business, too!”

Both characters are distinguished-looking old gentleman with flowing white hair and beard. If Santa wore a white robe instead of a red suit, we would be hard put to tell them apart in a lineup.

Knowing who has been good and who bad, they both pass judgement; they reward the good and punish the bad. The rewards are vastly different, of course: toys and sweets from Santa and eternity in heaven from God. Not to worry; substitution of the concrete and temporal for the ethereal and eternal is a normal parody technique. A connection between the punishments is easier to see. Santa brings lumps of coal for bad children. Coal is brimstone. It burns hot and gives off sulfurous black smoke. All a kid has to do is ignite it to get a preview of eternity in hell.

Many parents go to great lengths to convince their offspring Santa is real—expending almost as much effort as they do to persuade them to believe in God. They express outrage when another kid spills the beans and robs their darlings of their innocent faith in God’s comic double—almost as much as if they had been robbed of their faith in God himself. In fact, some other fundamentalists besides Armstrongists fear that when children find out about God’s avatar, they will suspect God is nothing but a lie too.

Maybe that’s actually why, on a subconscious level, mainstream Christians push the Santa story: it embodies this tension between knowing and believing. People know deep down that Christian dogma is a fantasy, but consider it a charming one, and necessary to good behavior. We would all sink into depravity if we stopped acting as if we believed it. Chaos would erupt. Society would collapse. So Christians conspire to suppress knowledge and promote earnest pretense. I see no other reason for the perennial popularity of "Yes, Virginia, There Is a Santa Claus," with its execrable message that deception of children is justified because it leads them into lives of self-deception. 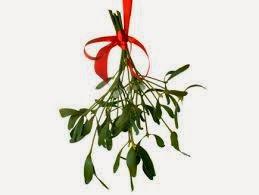 when the Broken Clock of COGdom actually gives us the correct time.

Yes, Viriginia, Christmas is indeed a holiday arising from ancient pagan (non-Christian) practices, Saturnalia and a whole sleigh-full of other traditions and symbols, and has very little if anything to do with Jesus being born in the Middle East 2000 years ago.

So all of the anti-Christmas articles up on RCG, UCG, PCG and all of the other WCG shrapnel groups are basically right as far as that goes!

But not to worry, Christmas will soon be over, and theological mishmash will again be the order of the day! :-)

And who cares, it's still a fun holiday for all, and yes even for absolute atheists :-)

Merry Christmas, Merry Xmas, Happy Holidays, and everything else! 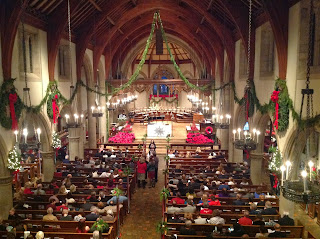 For 13 years now I have been decorating a large church for Christmas services
with over 3,500 people attending.
I remember the first  time I ever attended a Christmas service after leaving the cult.
It was sensory overload.  It was visually and audibly stunning.
Glorious music, choirs, magnificent grand processions,
Rabbi's reading Hebrew scripture, the Gospel stories, and so much more.

That strange, unexplainable event that occurred over 2,013 years is filled with mystery, awe and wonder.  What ever may have happened in that cave centuries ago has had an impact thousands of years latter that cannot be ignored.  I revel in the mystery of an event that cannot be rationally explained.  I don't want or need pat answers like the Church of God has for everything.  The unexplainable cannot be explained  no matter how many COG leaders claim to have all the answers.

May the unexplainable mysteries continue to disturb and attract you
to something bigger than our wildest imaginations could ever imagine! 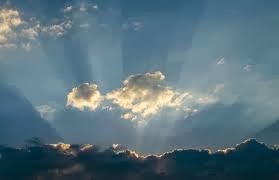 A Conclusion Everyone Should Read
This will be my last announcement for some time. It brings additional aspects of the Haggai/Zechariah prophecy to completion.........
=
SPECIAL ANNOUNCEMENT # 29 >> DECEMBER 22, 2013
A CONCLUSION EVERYONE SHOULD COME TO
This will be my last announcement for some time. Maybe forever.  I can't stand the heat it brings me and people waking up to me.  It brings additional aspects to the fact I was so wrong and screwed up theologically.  I will be taking a break to recover and try and hold the whole mistaken idea together until Spring where I can bring additional fantacies to light.  Don't miss it. It will leave you gyrating in your seat again and will be equally as foolish of me to think such things about myself.  Not to worry though.  It is what I do best.
Posted by DennisCDiehl at 4:54:00 AM 13 comments: