God's greatest living impersonator of Herbert Armstrong is now letting the world know the godly way for women to play basketball.  In the shadows of the looming house of idolatry, PCG girls learn the truth about how the TRUE women of God play basketball and shoot hoops.

This has to be one of the most pathetic scenes I have ever seen COG youth exploited and humiliated in.
Posted by NO2HWA at 12:18:00 PM 11 comments:

If you have an hour and twenty minutes to waste you can listen to the non-ordained self appointed false prophet Thiel bloviate on the church fleeing to Petra.  In conjunction with his boring video he also posted about Petra on his blog.


Today’s suggested sermon by the Continuing Church of God today is at the ContinuingCOG YouTube channel and is titled Might Petra be the Place of Safety?
It covers information such as:


The Bible teaches that a portion of the Christians will be protected in a wilderness area during the Great Tribulation.  Might this place be Petra in Jordan?  Which places do the show can and cannot be the place of safety?  Is the idea of Christians fleeing to an area with caves during the reign of the Beast and Antichrist an old one or a modern invention?  Which Christians get this protection and which do not?  Will those who do not go be subject to persecution?  Do Catholic prophecies warn against this place of protection?

If you are not close to Petra when bad things start to happen, you should not flee to an island!!! False prophet Thiel's god is going to make them all sink


Since the Bible seem to forecast near total destruction to the islands of the world (Revelation 6:12-14; 16:17-21), no island seems to be a likely place (more information can be found in the article Islands and Bible Prophecy).

The non-ordained self appointed prophet writes:

It is also of interest to note that those that escape will be assembled–they are not lone independents–this is also consistent with Zephaniah 2:1-3

The Hebrew words translated as Zephaniah means “Yahweh Hides” or “Yahweh Has Hidden” (Holy Bible: Vine’s Expository Reference Edition, p. 826). Notice that a decree is issued, apparently by a church leader–and I believe that the leader will be part of the Continuing Church of God. This would seem to happen after the gospel has been preached enough to the world as a witness (Matthew 24:14), Jewish sacrifices are stopped, and the abomination is set up (Daniel 9:27; 11:31) per Jesus’ statements in Matthew 24:15-16.


So now we have the non-ordained self appointed prophet setting himself up as one of the two witnesses to the world.  Are their any more titles he wants to take on?  Is there anything left?

Apparently the self appointed prophet has spend several thousand dollars worth of tithe money into redecorating his video set.  Gone is the crooked book case with its tattered books laying on end. Now the super duper set includes a minuscule decorated copy of the commandments that looks like it is ready to jab him in the head.  More flaying hands, elevated bibles, rustling of notes, momentary lapses of mental facilities and more. High standards do not seem to be a hallmark of the Continuing Church of God.

How many more decades to COG members need to sit there and hear the exact same sermons over and over? It's the same proof-texting, the same catch phrases, the same scenarios, the discussions of Petra, the church eras, the tribulation, etc.  Nothing about living a life like Jesus who ate with whores and outcasts.  Nothing about doing good for their neighbors.  The Hebrew scriptures reign supreme and Jesus is an inconvenient truth.

E.W.King: Pope Getting Out of Dodge While the Getting Is Good 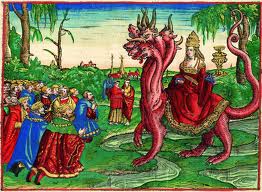 There is more to the story about Pope Benedict resigning from his ministry than meets the eye.  It's far more ominous than old age and frailty kicking it.  It's even worse than the concerns about his head injury after his fall recently.  It's far worse!  Yes, far far worse, at least when looked at through the lens of Armstrongite mythology.  Even Kings god was ticked off and had to show his displeasure by sending a lightening bolt down to hit a lightening rod.

False prophet E.W. King says that the Pope is getting out of the Vatican because he knows the shit is about to hit the fan with the end times.


Dear Pope, you can run...but you cannot hide!

It is said that shortly after the Pope informed everybody that he would be "stepping down" from his position as pope [2013 AD], lightening struck the Vatican. Wow! God is very upset at false religion. Why is the current pope stepping down? Because he knows what is coming!

The Vatican knows that the Great Tribulation is right around the conrer. They [Roman Catholics] have been ignoring this reality...but they cannot! Even the entire world cannot deny the fact that this world is going 'down hill' extremely fast. The Signs of the Times are here! 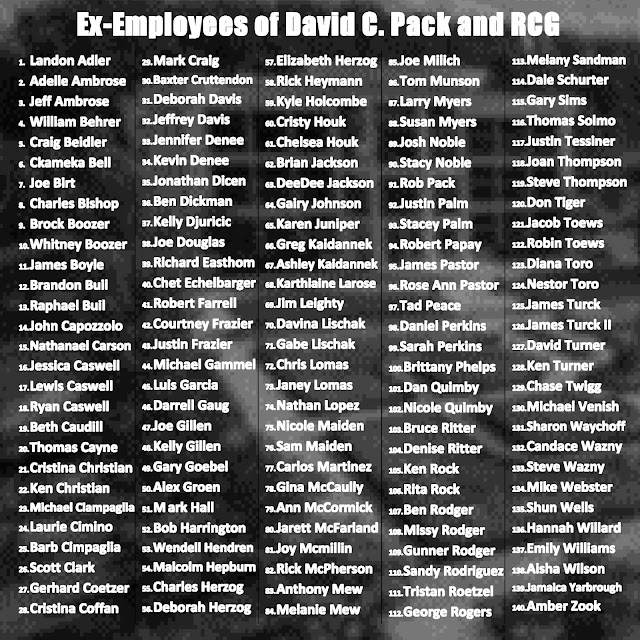