The Jot, the Tittle and Liberalism: The Retaining of the Law of Moses in Armstrongist Theology 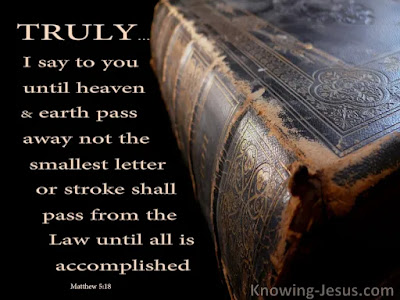 The Jot, the Tittle and Liberalism:

The Retaining of the Law of Moses in Armstrongist Theology

But there rose up certain of the sect of the Pharisees which believed, saying, That it was needful to circumcise them, and to command them to keep the law of Moses.  Acts 15:5, KJV.

“Paul shows right here that Gods law is not abolished — that it is "written not with ink, but with the Spirit of the living God; not in tables of stone, but in fleshly tables of the heart" (II Cor. 3:3).  God's laws — His commandments, statutes and judgments — are to be in our hearts — we are to live them by the power of God's Spirit.”

– Rod Meredith in “Is Obedience to God Required for Salvation?”

“GOD’S MESSAGE is NOT one of LICENSE, BUT one of OBEDIENCE. For God says, “One jot or tittle shall in no wise pass from the law, till all be fulfilled” (Matt. 5: 17-18). EVERYONE everywhere, who would live forever, MUST COME TO LIVE BY ALL THE LAW!”

Armstrongist theology requires that the Mosaic Law kept by adherents to the teachings of Herbert W. Armstrong.  Not only must the Law of Moses be kept in toto but it is also written on the heart under the New Covenant.  This means not only the preservation of the letter but any greater stringency that is exegeted out of, for instance, the Sermon on the Mount.  Given this doctrinal position in Armstrongist theology, it is worthwhile knowing what Jesus was speaking of in Matt 5:18 – the jot and tittle verse.   He was talking about nothing less than the full Mosaic Law – including not only laws, statutes and judgments but also ritual, sacrifices and other prescribed elements of liturgy.  Further, the compliance with some of this litigation required the context of the Temple in Jerusalem.   Required Temple worship was removed from Judaic practice in Rabbinical Judaism after 70 AD - not in the Bible.

Later, after the sacrifice of Jesus, both the animal sacrifices and the ministration of death were excluded from the New Covenant.   So Jesus in Matt 5:17-18 was not speaking of the New Covenant law that would be instituted in the future for the church but the intact Mosaic Law that he kept when he was living under the Old Covenant.   And the jot and tittle constraint immediately underwent revision after Jesus’ death.  Other laws such as circumcision were magnified to become spiritual principles.

Rhetorically, why then would Armstrongists use Matt 5:17-18 that refers to a transitional and superseded condition pertaining to Jesus’ life on earth to move elements of the Mosaic Law into the New Covenant?   For instance, Matt 5:17-18 is cited as part of the Armstrongist argument for retaining the Old Covenant tithing law as a New Covenant church requirement for salvation.  But by using Matt 5:17-18 to retain tithing, Armstrongists make themselves doctrinally liable to keep the entire Mosaic Law – every jot and every tittle.  They target tithing and the Sabbath and other select laws, for instance, but seem to almost inadvertently open the door to the full scope of the Mosaic Law as a requirement for salvation.  Re-read the quotation from the Ambassador College Correspondence Course above.

The frightening (for Armstrongists) issue is that they have bound up their salvation in the keeping of the Mosaic Law in its full scope by misapplying Matt 5:17-18.     Whereas, they have readily adopted tithing and the Sabbath, what about this law of equal status and written also on their hearts:

"Anyone with such a defiling disease must wear torn clothes, let their hair be unkempt, cover the lower part of their face and cry out, 'Unclean! Unclean!'” (Leviticus 13:45, NIV)

The term “defiling disease” is in Hebrew tzara’at.  It is not clear what this means medically but the Jewish Study Bible analyzes it extensively and concludes that it refers to a “scale disease” or “surface affection.” It does not refer to leprosy.  How many Armstrongists follow this law, for instance, when their teenagers develop acne?  The only way you can get around this would be to claim that it falls below the threshold of being a jot or a title and, hence, can be disregarded.  (Note: I see in this scripture the endorsement for using masks to prevent the spread of diseases – at least as translated in the NIV.)  So here is an example of a law in the Old Testament, written on the heart and required for salvation, that no Armstrongist keeps.

So how do Armstrongists reduce the cognitive dissonance – the uneasy state of mind stemming from the discrepancy between what the Law of Moses states and what they actually do?  From what I learned when I was an Armstrongist is that they resort to liberalism.  They void the jot and tittle principle by brazenly modifying what Herman Hoeh taught was God’s eternal, moral law.  This is a radical liberal approach.  A conservative approach is to retain every jot and every tittle just as Jesus defined the scope.  HWA many times used the term “liberal” as an epithet.  One wonders why.  A radical liberal revisionist approach is to believe that the Mosaic Law can be modified at will.   So the jot and tittle principle is nullified and now Armstrongists can stay at a nice hotel rather than experience the rigors of a scripturally prescribed brush arbor. To make it clear, Jesus’ statement in Matt 5:17-18 encompasses the idea of staying in a brush arbor only.  And so apparently for Armstrongists God’s Great Moral Law is not really so eternal after all.    It only lasts until there is a need to change it for convenience. 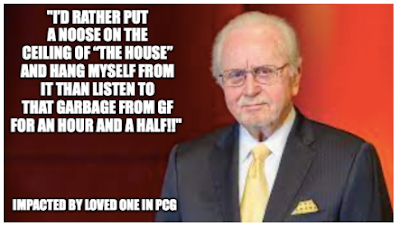 When Church of God members head home after attending Feast sites, they are usually filled with joy after visiting with friends and family at Feast sites and also filled with dread at having to go back to the doldrums of life waiting for them at home.

Many experience a post Feast let down as they return to tiny little church areas where most members are 60plus years or older. Never fear though, one of the favorite tactics of ministers is to tell members to review their sermon notes from the Feast and make a commitment to put into practice what was heard, something most never do because most ministers in the Church of God do not preach inspiring sermons. For most people hearing sermons at the Feast it is the same canned, prepackaged sermon they have heard for years. Rarely is any minister ever inspired to do preach differently or add a new twist to the same sermon they have preached for decades.

Those wild and crazy folk over at the Philadelphia Church of God have a sure-fire method to combat that post Feast let down...review your notes and read Mystery of the Ages! Woo Hoo! I get all tingly thinking about that!

From Exit and Support Network:

October 8, 2021
Since members have returned from the Feast, the ministers are giving the same ol, same ol, sermons/sermonettes they give every year after the Feast; i.e., “review your notes”; “apply what you’ve learned”; “strengthen your resolve”; “hold fast to it”; “think like God”; “look forward to the Spring holy days”; ad nauseum. After reading the notes and comments which were only a taste of what they listened to for 20 hours at the Feast, it’s got to be exhausting to be told what else to do. I feel for the children who had to sit through all those “lectures”–opening night, offering appeals, and GF going on and on and on–unless they were in lockdown at home, and who knows, maybe even then these children were forced to sit and “pay attention.” Instead of members being able to make their own choice to read the Bible through, they must follow what Brad Macdonald has instructed, and that is to read Mystery of the Ages over and over. Since it is the Holy Spirit who opens our minds to understand the Bible, I do not believe for one minute that these so-called “ministers” even have the Holy Spirit, not only because of all the heresies they teach and the twisting of the Word, but because of their abuse and disdain for the members and their alienated families. I won’t even go into how they coerce members to not only give them “large offerings” but to also “leave their estates to them.” I can’t think of anything more morally reprehensible. –L. D. 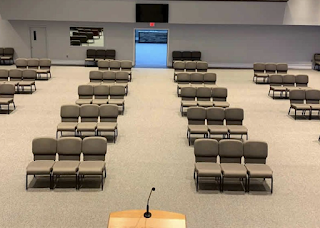 UPDATE:
Philadelphia Church of God, Edmonton Feast site has lots of infections now as PCG tries to keep it quiet.
Every COG internet prayer request mailing list and Facebook group are now listing scores of infections.
COGNews is reporting that 1/3 of COGWA attendees at its Rapid City site have now tested positive for covid, 90 out of 270 people with 4 hospitalized.
COG Big Sandy now has 14 new confirmed cases and LCG has 3 ministers sick in addition to lots of members.
One of the three men who organized the independent Feast site at Land Between the Lakes, KY now has covid and has raved about the new film, COVIDLAND.
Numerous emails have been coming in from various COG groups with people listing names of COG members who have gotten sick with COVID while attending the Feast of Tabernacles this year. A lot of these emails include posts from various COG Facebook groups with people's names and photos who are requesting prayers.

One of Mark Armstrong's ministers was so sick he could not even make it home after the Feast and had to stay in a member's home to recover well enough to travel again.

The person who sent this one in commented:

I wonder if, during the remainder of their journey, they had the decency to mask up and social distance when they stopped for gas and bathroon breaks?

Sadly a member from the Mid-Missouri COG has died from the virus.

The Tulsa Church of God has been hit hard by members being infected.

The Texarkana Church of God International has also been hit hard.

Sadly, these are just the tip of the iceberg with the COG community as a whole. Far more are sick in other congregations and church groups. Many of the groups are restricting the information from getting out especially if it is tied to covid.

One Living Church of God member said that she knows of at least 4 people who got infected at the Feast.

COG leaders knew they were taking a risk in holding these Feast site locations, but went ahead and did it anyway. The almighty dollar still controls most decisions in COG's these days and the fact that they think they are immune to the disease because they are God's chosen people.

LCG Members Who Visited Other COG Feast Sites Had Succumbed To A Satanic Trap!

As usual in Living Church of Godland, members apparently are incapable of deciding where God has placed his name so that LCG can hold the ... 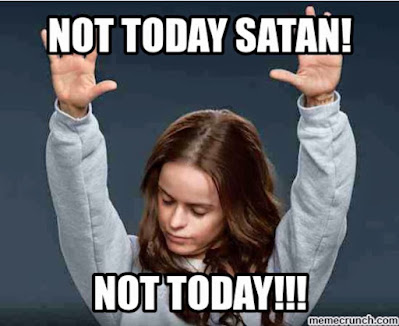