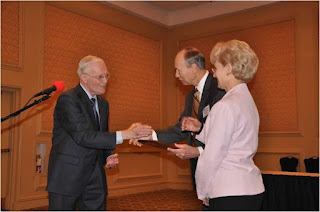 Recently the Living Church of God held one of their Council of Elders meetings. During this meeting it was revealed that the ultra conservative Gerald Weston would be taking over the reigns of the church at the death of Rod Meredith. Many were shocked at this prospect considering it has always been assumed Richard Ames was the heir apparent.  With the declining health of Ames, this is no longer a possibility. Younger meat is necessary, though it is still aged too.

Weston has a long history of tyrannical leadership where he has left a trail of abused members in every single church he has ever pastored. Even with LCG’s history of being filled with abusive pastors, Weston stands out above them all.  It is expected by many that once he is in power the reigns of conservatism will be tightened even further.

Rod Meredith apparently is still trying to figure out how to tell his membership what he has wrought upon them. As if right now only COE members know, the laity  still in the dark.

Weston has already begun to look for a home in Charlotte and is expected to move to North Carolina some time next August.

Meredith and Ames will stay on at LCG but in a smaller capacity. They will likely come to the office for a few hours a day and focus primarily on writing articles.

This change in leadership in combination with major financial problems and a growing number of discontented members should be interesting to watch.

Rod Meredith: Like Herbert Armstrong I Am Incapable of Making A "Huge" Mistake 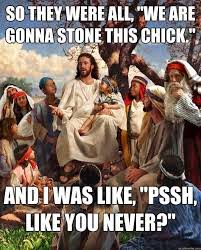 Several years ago Rod Meredith declared that he had never committed a major sin since baptism. Now he declares he cannot make a "huge" mistake.  It must be a grand life knowing that you are incapable of ever doing anything wrong or sinning in a big way.  That logic is about as sound as being "doubly blessed" and starting your own church.


Sinless Herbert and Loma, the father and mother of us all, apparently were guileless and sinless, till a bunch of sniveling backbiting members entered the scene.

We have brethren right now – and my word doesn't prove it to you – one thing I'm grateful, we have a lot of very human people in the work, but at least the leading ministers overall have been the most dedicated, the most solid, the most loyal men closest to God that I have ever experienced since the earliest days of the Church when just Mr. and Mrs. Armstrong were the father figure and mother figure. Pretty quick after that human nature came in and people were playing games – not horrible, I'm just saying we had a lot of [it], very obvious – now so many of the men like Mr. Ames, and Dr. Winnail, and Mr. Gerald Weston and others have been tested and tried, and tried and tested, and they have been walking with God, they've been put through the mill so to speak, and you have a group of men, that if anything happens to me, that have been tried and tested for DECADES, DECADES in the way of God. Will they make mistakes? YES! Did Mr. Armstrong ever make mistakes? Of course he did; he said many times, he said, "Herbert Armstrong has made HUNDREDS of mistakes." But he said, "God has never allowed me to make a huge mistake to destroy the Work." So he'll let us make little mistakes, but not huge mistakes, and then he'll straighten it out in his time. 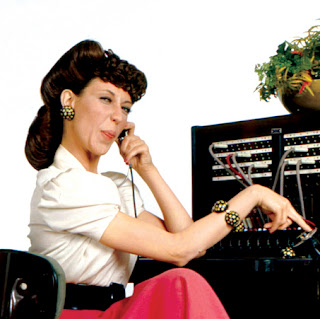 Several LCG members contacted me about this.


As the Living Church of God continues to struggle administratively and financially it has to start cutting back on expenses. Jimmy Meredith can only redecorate so many offices and take so many all expenses paid trips to Hawaii till the money till starts going dry.

Imitating their mother church, the LCG is pulling the same trick that the Worldwide Church of God  did decades ago when it had members dress up in Sabbath wear and answer phone calls in their homes. That experiment was a flop like so many others.  It's the 21st century and they STILL can't come up with an original idea.


In an effort to potentially save a substantial amount of this expense, we are exploring the possibility of bringing our call center in-house. However, for this to happen we will need your help! This is an opportunity for Church members to let their lights shine and have a direct “hands on” part in preaching the Gospel. In order for this to be successful, we need many volunteers who are able to work from home and are willing to assist with our peak-volume call-in periods at different times throughout the week.

Then like any good COG leader, Jimmy declares that if the program fails its the fault of the membership.   Its success depends entirely upon the membership.  No one in Charlotte could ever be held accountable!

The success of this project depends on you!