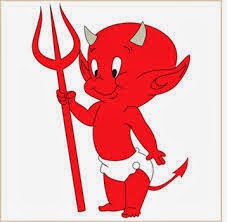 Poor Dave.  Try as he might he still cannot draw people in from the various COG's.  He blames this issue upon the leaders of the various COG's.  It sees these men have told their members to ignore the lunatic rantings of Dave, and the brethren have.  In light of Dave's epic failure with the grand reunification last fall, this is particularly galling to Dave.

Tragically, most fall prey to devil-inspired attacks upon, and deceit about, God’s one Church coming from the top men in their organizations (but also other ministers) until it is too late for them to recover. Why does no one believe Christ’s FOUR explicit warnings, just in Matthew 24, about “many” at the end of the age who “deceive” in His name and gain “many” followers? The context makes plain He is not speaking of the world.


I don't think it is an issue with people believing the words of Jesus Christ.  The problem lies when it comes from the mouth of a narcissistic abuser.  That is what turns people off.  All the scripture quoting in the world will not bring people to Dave's side of the camp.
Posted by NO2HWA at 2:43:00 PM

Who wants to be a Packee?