Steve Elliot to David Hulme: The Fruit of This Organization is Bad! 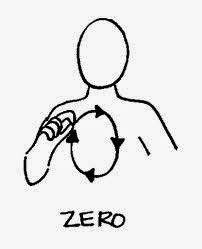 Steve Elliot, a former minister in David Hulme's rapidly shrinking personalty cult, had some harsh words for Hulme recently.  Hulme has been dumping millions into his VISION magazine that has produced ZERO growth.  The ministry of Hulme's group was getting tired of this massive waste.

In the Feast film, the media team told us that we must find words that the world will like so they will listen to us. Jesus said that the world would hate us and not listen to our word, just as it hated Him and did not hear His word—but that was the commission He gave His disciples (John 15:18-20). Seeking to be accepted by the world is seeking to become friends with the world, and scripture says that makes us God’s enemy (James 4:4).

In August I mentioned to you that the fruit of this organization is bad. Our membership has declined, not grown. After 15 years and an estimated expense for Vision of $3+ million dollars for salaries, advertising, publishing, design, shipping, PR, video, travel and whatever, there has been no fruit from Vision or the Vision website. The only new members, other than children of members, have come because of a personal relationship with a member—not because of Vision.

Well geez, guys, what did you expect? Pet theories like British-Israelism and Nimrod's founding of all religions in history simply stand exposed for the poorly-supported fallacies they are in the information age. Whining about "the werrrrrrrrrrld" won't get you past that.

Too bad all these "ministers" are going to go on to form yet another massively wasteful organization which is totally derivative of COGAIC, UCG, and WCG, and will continue to write the same major mistakes that all those organizations have already written at length.

Too bad they're going to form another organization that bears more bad fruit, sows more corruption, throws money away preaching a defective gospel that is far from compelling in an increasingly literate and skeptical age, and otherwise rains authoritarianism and abuse down upon the heads of those who fund it, unfortunately because they haven't wised up to how Armstrongism and it's god don't make sense on any level.

Well who came out of this with the trophy wife? Who's laughing all the way to the bedroom? Hmmm?

A couple things. This is an example of how the splintering cuts between family lines. John's name has been associated with UCG on some of the stuff posted in blogs, and now we know that Steve was with Hulme. I've never seen Dana Mark's name even mentioned, but I doubt that he became a minister.

You also have to wonder what might have been if the Tkach's had taken a better pastoral approach in correcting the old, bad fruit-producing doctrines in the first place! Unfortunately they doomed it all by correcting just about everything except the HWA authority from the top down doctrine, which was the worst one of all!

And yet again, fruit is equated with numbers instead of love, joy, peace, etc. Hat tip to Dennis for his earlier post. The lack of those fruits was one of the reasons I started having trouble before the doctrinal shifts really began.

Once again fruits are equated with numbers. Not the love, joy, peace, etc enumerated in the new testament. Hat tip to Dennis for his earlier post. The lack of those spiritual fruits was one of the reasons I started having trouble before the doctrinal changes began having a serious impact. Those changes just accelerated my departure.

Steve Elliot, a former minister in David Hulme's rapidly shrinking personalty cult, had some harsh words for Hulme recently.... Seeking to be accepted by the world is seeking to become friends with the world, and scripture says that makes us God’s enemy (James 4:4...

Yes and the PCG is the biggest hypocrite. Flurry told the member's they were going to build "God's(Holy)House" AKA Armstrong Auditorium. They have all those "worldly" people traipsing in...you know,women with MAKE-UP on, perverts like "The Five Brown's" daddy, and all the other SINNER's that Flurry otherwise wouldn't let set foot in Flurry's Church, (unless that is they have lots of money).
I guess the PCG member's haven't realized yet that Flurry's grand kids are it's major performer's. All set up for the "Flurry's". Grandpa couldn't bear the thought of living a lowly meager existence like everyone under him after he was kicked out of the Worldwide. Yep, He, Stephen and others at the top are "living it up" on the WELFARE of it's members and co workers. Stephen Flurry is always knocking people living off welfare...WAKE UP STEPHEN!!