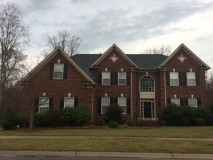 
It has been well know that various office staff and ministers at Living Church of God headquarters in Charlotte regularly monitor this blog.

We have now finally pushed Rod Meredith's buttons big time, so much so that he publicly spoke out against this blog (BY NAME) at church this past Saturday.    Meredith was particularly upset about the recent criticism about Lil'Jimmy Meredith and his life of excess in LCG.

This was sent to me tonight by someone present at the tirade delivered at church.  At a time of the year when Meredith should be talking about God's unconditional grace, Jesus and forgiveness, he lashes out in anger at this very blog for daring to criticize his precious heir apparent.


This would all be funny if it wasn't so sad.


Last Sabbath was interesting at the LCG's headquarters congregation in Charlotte, NC.

Tourette's Syndrome Spanky had the sermon which usually puts the audience to sleep. Let's face it he has 2 or 3 sermons that he gives over and over again. Withered arm lady, exiled to Hawaii, homosexuals are ruining the world, etc. It's so boring that many members bring their laptops and do private Bible studies because they know they will get absolutely nothing out of the sermon. This Sabbath was slightly more interesting.

Ol' Roddy Boy decided to go on a tirade against none other than this very website. One would think that with all the stories that can be found about his own perversion and tyranny he would have focused on the site more broadly but his main thrust was the unfair treatment of his beloved successor, NCIS Jim.

In his ignorance and reactionary short-sightedness he likely drew MORE LCG members to check out Banned by HWA. I'm sure there were those in the audience who have never seen Banned. I'll just bet they have now! What kind of moron sends members to a site that exposes his rule as fraudulent and harbors whistle-blowers who share first hand accounts of suffering at the hand of LCG? RCM really is slipping.

The thrust of his anger was directed at the story that exposed Jimmy's arrogant, greedy self assignment of the best possible Feast site and over-spending of tithe payer money.

He tried to convince us that Jim isn't extravagant at all which is laughable to anyone who knows him. As anyone can plainly see, his house is really quite reasonable (4100 sq ft) for two people. What a joke! RCM then proceeded to lie (shocking, I know) by asserting that Jim usually gets that fancy Marriott room in Kauai for free. Unfortunately for RMC many in the audience are smart enough to realize that in Hawaii the meeting hall is an auditorium at a community college; not a Marriott ball room. Why would a community college pay for his room at one of the nicest hotels on the island? It wouldn't of course. Did the Marriott pay for all those plane tickets and all those meals at 5 star restaurants all over the world? Unlikely.

I suppose there are some ignorant members who literally just believe it because RCM says it and many of them have zero experience in business so they have little understanding of how kick-backs like free room nights work.

So please, everyone, please stop picking on Lil' Jimmy. He's really just a humble, serving, giver who would love to be a festival coordinator in a 3rd world, impoverished Feast site but they really need him in Hawaii.

i can remember growing up and seeing the behind the work films of the original wwcg, and one thing that stands out in my mind to this day is a select few young ambassador college men and women, all white btw, sitting with hwa at an extravagant dinner spread complete with gold eating utensils...

if i recall correctly, such extravagance and finery was equated by hwa with Godly quality; now at the time i bought into this, but as i grew up and understood the flawed and carnal nature of that sentiment i realized that these people were enjoying such opulence at the expense of the poor tithers in the church, and that this is in no way Godly, because God is about love, and using poor people's money to enrich and enhance one's own personal lifestyle is of satan, not God...

Remember...God holds you responsible for every idle word you speak, AND He does NOT like it when people are disrespectful to His anointed (yes, ministers in LCG are anointed at ordination.) 2 Sam 1:14-16.

And Peggy is in denial and is a sheep being led to the kook aid. Please, wake up!

I'm sure this is old, but can someone give a title for this sermon that mentions Banned?

I just can't understand how anyone who reads the truth on what was really happening can still think HWA was God's end-time apostle!! HWA was full of pride and vanity and greed till the very end. Who knows, maybe he repented on his death bed, but he destroyed many people's lives in the name of God!! Not only that, at least these articles aren't just speculation...footnotes and the actual truth back them up. I agree that Peggy is in denial. Too many believers lost their lives, savings and family due to the unbridled greed and heresy we were too terrified to ever research on our own, because we were just too afraid to search, necause we were terrified of the lake of fire!! I cant reconcile what the first century Church and how Jesus Christ taught His true apostles with ANYTHING
WWCG taught. Thank you for the website, again!!

I was raised in this Jewish-Christian cult and was forced to attend the cult's school, Imperial, before it was shut down. My father was employed by the cult as a printer (printing The World Tomorrow and all of that) and was paid at least 50% below the standard wages for a printer at that time. It was called "sacrificing" for God and the cult's work. My father also was required by the cult to enroll all three of his kids in Imperial and pay tuition for each child to the cult. We were so poor, we rarely had meat and pretty much lived on whatever could be made with pinto beans, stoneground wheat flour, corn meal and peanut butter. My parents would have a steak at the FOT and give each of us kids a bite of it, that was often the only meat we ate for the entire year. In the earlier days of the cult, it claimed dinosaurs never existed and all of the fossils, etc., were made by man just to fool everyone. Yes, really! Everyone was brainwashed into believing ridiculous stories told by the cult's leaders. There were abusive teachers at Imperial who were armed with wooden paddles and some of them thoroughly enjoyed beating the crap out of students with the paddles. Our entire 3rd grade class was paddled by the teacher because when we were walking from one place to another, we "were not pencil-perfect straight in line." That's the kind of things us "brats" were punished for. Breathing too loud was also a crime even if one had a cold and couldn't help it. My parents left the cult when I was a teenager after my older sister had a mental breakdown and asked the cult for financial help for treatment for her. The cult turned its back on my parents even after all of those years of sacrifice. I think they sent a minister out to anoint my sister but that was it. They refused to help my parents financially. My sister ended up in a state mental health facility because my parents couldn't afford to pay for better care for her. Thanks to the cult, I never want to be a part of any religion ever again. I don't know the God that the cult portrayed - vengeful, spiteful, unforgiving, judgmental. The cult itself taught its members to judge each other and report any "ungodly" behavior to ministers. Meanwhile, the married ministers were sleeping with other women besides their wives. Some of the most self-righteous people in the world were and are members of this cult and its offshoots. The cult taught that their members were "special" and non-members were unholy. Only cult members would make it into The Kingdom of God. I believe in a God who loves human beings regardless of their race, gender or sexual orientation. This cult has no understanding of a God like that. I'm happy I ended up sane in spite of the emotional, physical and mental abuse that I went through thanks to this cult.

Anonymous,
I agree with everything you have said, I no longer attend a church, and if I do in the future I will believe in what I want. No one again will tell me how to live and what to believe.
I still believe in God and the Bible is the Word of God, but I also believe that we all are on different spiritual levels. What I see and believe, you might not, does that mean you are a bad person or your not listening to God, hell no, it just means that God is talking to all of us differently. I'm an alcoholic, sober for 14 years, but I was kicked out of the church for a while because the minister said I was not listening or obeying God and I was not spirtual. I had to lie to get back in and tell them I have given up alcohol, which I didn't of cause that the time.
I feel my children went thru hell because of me and the stupid ass things I believed.

I am so sorry for your experience!

You know, I am thankful for WCG, LCG, GCG, UCG, RCG, PCG, etc. Having grown up in WCG and going through the Tkach apostacy led me to stick my nose deeper in the Scripture. I learned ancient Hebrew, Arabic, and some Greek so that I could look even deeper into Scripture. What I found was that the leaders of the aforementioned organizations twist the Scripture to their liking and to make the Scripture benefit them.

It will be really interesting when theae COG leaders said before Yahusha when He returns and try to explain away their shenanigans.

A different question; Would like to know why they are so opposed to eating pork.