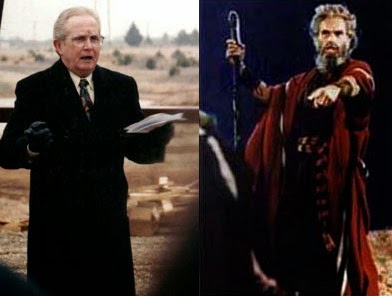 Exit and Support has the following letter up concerning Aaron Eagle being kicked out of the PCG for daring to expose the lying abusive turd that is Cal Culpepper.  What's even more disgusting is that Gerald Flurry is trying to destroy their marriage. Flurry has given Eagle's wife shelter on the cult compound while demanding she divorce him.  Flurry is also demanding that Eagle not be allowed to see his children. Flurry and his cult continue to sink further into the depths of total depravity.

I knew Eagle from Pasadena and he was a likeable guy. I am surprised that he would go with such a sick and abusive cult as the Philadelphia Church of God.  I hope that Eagle gets a good attorney that will make mincemeat of Flurry and his cult by publicly exposing them for the filth that they are.


August 28, 2014
Former minister Aaron Eagle tried to expose what Cal Culpepper has been doing to the PCG membership in his area. For his efforts he was disfellowshipped. He refuses to come back to the cult but his wife wants to stay on.  Now Aaron's wife is living at the Edmond compound with their children. She is granted living quarters and a 3rd tithe monthly payment. Aaron is not allowed to see or have any contact with his wife or children. Flurry is demanding a divorce take place. --Ex-PCG

Gerald Flurry will not lead Mrs. Eagle or anyone else to a place of safety.

Remember how Gerald Flurry and Co. constantly demonized the Muslim Brotherhood in Egypt and accused them of trying to ally with Iran. Did Flurry ever foresee that the military would overthrow President Morsi after he had just one year in power?

No. Of course not. Flurry did not know the military would get rid of Morsi because he is a false prophet.

Back in 2011 when the Arab Spring burst upon the world PCG predicted that "radical Islam" would seize control of Ethiopia.

What nonsense. The main party in Ethiopia, the Ethiopian People's Revolutionary Democratic Front, has 499 seats out of 547 in the House of People's Representatives. It has governed Ethiopia since 1991.

You can see some of this nonsense in their 2012 booklet, Libya and Ethiopia in Prophecy.

Flurry does not know what is going to happen. There is no need to hold him in reverence.

According to PCG their telecast, The Key of David, will soon begin to air on CBS Reality starting on September 7 at 8:00 am.

It is very likely that CBS Reality does not know the truth about PCG.

You can complain about this and tell them the truth about PCG by emailing them at the following link.

Flurry's "Philadelphians" only listen to one side of the story. In their view, anyone from outside the group who disagrees with the official version doesn't have the facts, and therefore, isn't qualified to even express an opinion that is worth listening to. Talk about suppression and control!

I would also wonder how strong some of these marriages and families are in the first place if they allow a little despot to break them up so easily.

I think it's more realistic to see the strong sway cults have over people(and the ability they have to wreck havoc on families and relationships), rather than suggesting that if relationships were strong they wouldn't be hurt by cults.

My posting to CBS Reality:

I would be interested to know why you are considering allowing the Philadelphia Church of God cult to air their "Key of David" telecast on your network. No less than Dr. Stanley Schmidt commented on how disturbing Gerald Flurry was in an editorial in Analog.

How bad is it?

A minister told a member with a disabled child to leave the child in a shopping mall because "someone will find it and take care of it".

Is this the type of people you want?

Maybe you would be so much better off on doing a series documenting the abuse of this sociopathic cult.

This reminds me of Herbert Armstrong's "How to Have a Happy Marriage".

Then he got a divorce.

So... does the PKG have a booklet too or they just winging it?

Why doesn't Flurry put out the booklet, "How to Have a Happy Divorce"?

He's been more or less responsible for breaking up families for years now.

I wonder how he'd respond if asked by Jesus to explain himself.

Not going to be fun.

Many of those marriages were quite strong. You won't have to search far to find heart wrenching stories from the '60s and '70s about couples who were forced to separate by HWA.

When someone promises that you and your loved ones will go to the lake of fire if you disobey him, many people will do what they are told regardless of how devastating.

I do hope someone finds the right lawyer and goes after those serpents.

6:09, I vacillate in my opinions on this, and of course am also mindful of the fact that my experience and these peoples' experience are vastly different.

Marriage, by and large, is a much more fragile institution than it was back in the 1950s and 1960s. Back then, it was usually the norm to wait for marriage to have sex. It seems quaint and camp now, but as a young insurance agent, I remember a policyholder, not in the chuch, who went on a drunk and cried for weeks because his single daughter had gone out and gotten laid just for the pure fun of it all. Some call the times we live in today as being our nation's "post Christian" era. It would appear that only Christians and the gay community concern themselves with marriage these days.

I also need to remember that many of the current. members of the ACOGs are of a different generation in another way, and most have either not yet had, or not yet acknowledged their "lied to about Santa Clause moment" concerning prophecy. 1975 took the horrible bull whip of Armstrongism and reduced it to the consistency of an overcooked noodle. When '75 failed, I began reinvestigating everything we were ever taught, as I then knew that these people clearly didn't know their butts from a hole in the ground, or as Isaiah had so prosaically described the situation, "They had spoken presumptuously."

Many things are relative. As an example, the Lake of Fire. Atheists believe that consciousness ceases upon death. No penalties. COGgers believe that the wilfully unredeemed are resurrected to get a lecture, suffer a few moments of fiery pain, and then consciousness ceases. That wasn't the real punishment. The prospect of being enslaved, starved, and tortured by the Germans for 3-1/2 years, and watching our friends and families suffer the same fate was somewhat more scary, but even that was gradually muted for those of us who had spent ten or more years being raised in a household where the Armstrong childrearing principles were in play. Apparently, these Germans were highly adept shapeshifters, who could also disguise themselves as Armstrongian parents.

Alas, once again, I ramble. The bottom line is that for a marriage to be broken up by one's church, an individual would have had to make a severe mental adjustment, equating his or her church with God. When these ministers perform a marriage, they remind the couple that marriage is a covenant before God, a covenant which can only be broken by death. That these ministers would then presume to break up a marriage, disregarding any time-repentence factor, is completely nonsensical and totally illogical, even by their own stated rules. These are people who are supposedly acting in the guise of God, but who wilfully break the very rules that they teach. You would think that a lot more people would see the lack of consistency in that, but apparently not.

PCG judgement is a joke! Gerald Flurry and his whatchamacallits have no wisdom or divine judgement. That's already been proven over and over again. It's a no brainer.
They sit at their round table at >>HEADQUARTERS<< and gossip and slander you, passing THEIR satanic judgement on you. They NEVER get the true story nor do they want to hear it.

Only God knows the heart of men. NOT GERALD FLURRY. WOW, what a revelation!

to sum it up....seems to me that GF& Co have their heads stuck way up in their asses. How else
could one explain the sheer BS they pedal ...my apologies to the "Bovine community".
And Elmer & Daisy from years way back. Mooooooo..... :-)