Who Wants To Listen To Church of God Blowhards? 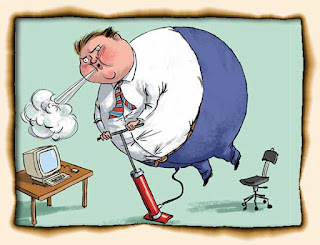 Who wants to listen to dead Ted's old recorded blatherings about morality when that fucking pervert had none himself and finally had to be expelled openly and permanently from the WCG by his own father HWA when GTA got so spoiled that he would no longer even pretend to repent?

Who wants to listen to a false prophet like Flurry ramble on about morality while he edits, deletes, changes and warps HWA's teachings so he can cut you off from all contact with your real family members and hand you over to old PCG sex perverts and predators?

Who wants to listen to Meredith talk about morality when he is always lying to his followers about what HWA had taught in the past and would now supposedly want “upgraded”?

Who wants to listen to the UCG's Council of Evildoers talk about morality when they expel innocent victims of guilty perverts so they can show what they now call “love” to the unrepentant, godless perverts that they welcome in to vainly try to increase the attendance numbers of their continually splitting retirement paycheck project?

Who wants to listen to some Pack of lies try to get you all outraged about the perverse fashions in the world only to have him go on to claim at the end of the same six hours of noise that he (and not HWA) is the Elijah since DCP “restored” the doctrine that you have to give everything you have to him (which sort of makes you wonder what the point was of all those tithes and offerings if you are just supposed to hand over everything)?

Who wants to listen to Ronald the Clown's (Weinland) endless silly fiction just so you can end up buying his family members the overpriced Euro-junk that passes for cars?

Who wants to listen to (Bob) Thiel talk about morality when he is steeped in pagan prophecies and retroactively tricked someone into anointing him as a prophet (rather than for his illness, which turned out to be mental and spiritual rather than physical)?

Who wants to listen to Joe (James) Malm talk about morality when he is a calendar-confused divorcee who rebelled against HWA but now wants you to go along with everything he makes up?

Who wants to listen to Eric Peasant (King) talk about morality when he obviously gets his prophetic nonsense from watching too much garbage on television?

Who wants to listen to anyone ramble on about morality, even if they don't edit, delete, change, warp, or lie about what HWA had taught in the past, since HWA was himself an unrepentant, godless sex pervert who had no morality, rebelled against COG7D, got his prophetic nonsense from the Portland public library, claimed to be THE "apostle" of jesus christ, and taught the doctrine that you had to hand over 13.3% of your income to him so he could buy private jets for himself and his pervert son who didn't fall far from the proverbial tree. Flurry, Meredith, the UCG COE, Pack, Weinerdude, Thiel, Malm, and King also did not fall far from that proverbial tree.

Paul said that it isn't his role to judge how outsiders live (I Cor 5:12). He wouldn't expect non Christians to live like Christians. So let those who want to get married, get married, gay or straight. Pastors should stick to dealing with their own congregations. There are enough moral issues within the church to keep them busy.

To infer that gay people can't be Christian is an ignorant stance.

ANON 5:59, I think you missed the point that was being made. The point was not that a gay person can't be a Christian. The point was, pastors should focus on those who are in their church and their issues. Would a Jew expect a Christian neighbor to keep kosher? I don't think so. Does a pastor have the right to address behavior within his congregation? I think so.

Nobody wants to listen to COG blowhards. However, many apparently still feel it's their obligation to do so.

Anon 5:59 and 9:59.
The head of the Southern Baptists said, "God has the final say on marriage." If we were to substitute "diet" for "marriage", and chanted outside a meat packing facility declaring, "God has the final say on diet" and demanded that no unclean foods be allowed in our grocery stores, what would you think? We would not want those who restrict their diets to "clean" foods to impose their diets on the rest of us. So, I think it is with marriage. This is why I suspect Paul said, "I don't judge the world" when he encouraged the leaders of the Corinthian church to expel the immoral brother. The point is pastors should focus on their own congregations.