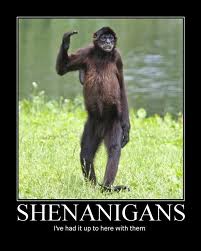 The COE of United is not happy that various ministers and elders have been working overtime while on UCG payroll to lead people away into other churches or organizations.

Now UCG is facing the exact same scenario, only this time they are on the receiving end.  They deserve everything that is happening to them.  Notice how they justify their rebellion in 1995 - just like the current splinter churches are justifying their breakaway UCG churches.  Same old, same old!


We believe that the current long and hard trial within the United Church of God is nearing its end. In the past few days we have received a number of resignations of ministers and former administrators. We do not rejoice in seeing these resignations. In fact, as the apostle Peter noted, we are grieved. It remains deeply painful to see new church groups start up in some pockets of the country and former ministers still publishing or putting on the Internet statements that have little or no basis in fact. Based on recent information sent to us from a number of sources, we now know with certainty that former trusted ministers have been and are now actively and openly trying to draw away faithful members, like yourself, to new groups. As they will find, separating into other groups will not solve their problems.

The Council of Elders is in possession of irrefutable documentation that demonstrates complicity by certain ministers and members in secretive efforts to undermine and destroy the very organizational fabric of the United Church of God. We are greatly saddened to see this, as it hurts to know as a fact that some have essentially said one thing regarding reconciliation or resolution of differences while working behind the scenes with a completely different agenda.

This documentation, authored by a former home office administrator, lays bare organized efforts at a very high level to break away. It distorts the record and generally reflects a grievous state of mind among those who are fracturing current relationships and trying to influence members of the United Church of God into following them.

Sadly, if past events are any guide to the future, documentation will soon appear online, together with varied “analyses” of various stripes and colors, trying to again spin this documentation somehow into one more quasi-“proof” of the alleged evils of the Council of Elders. It is being said that we demand personal loyalty to men. This is not true—as we would not even sign a document that required that. We simply ask for the faithful service of our employees and ministry to the Church that employs them, recognizing that not everyone thinks alike but that we all need to work within the structure we all agreed upon in 1995.

Originally, Herbert Armstrong tried to take over the Church of God, Seventh Day. They would not let him. He rebelled and made British Israelism the point of contention to obviate his true intention.

UCG has continued in that fine tradition.

After listening to Dennis Luker for many years relating in the announcements and in his sermons how worried he was about retirement (and continued salary), I'd say we have a window into his true motivations.

Can United cast stones at those who are concerned about the very same things?

We have serious doubts it's about doctrine or living a godly life, but then most of us have a high degree of apathy toward amoral entities. It's not as though they haven't been warned for years and years.

What goes around comes around!

Each new splinter group uses the same methods. They collect pay from their old masters till they split off.

In a few years the same thing happens again and so the cycle continues.

The glue that kept the old WCG together was Herbert Armstrong. Since his death his little religious empire has been splintering into hundreds of pieces.

It is clear that the old WCG was a personaliy cult and it is only natural that when the leader died it would fall apart.

The new split is just another exclamation point on this fact.

I agree with the previous posters - let's put the blame squarely where it belongs:

IT'S ALL HERBERT's FAULT!