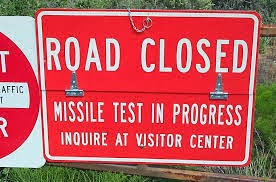 Make sure you check in at Dave's Visitor Center!


David C Pack went before the City of Wadsworth and fought to have the road on his property closed to the public.  Pack is following in the footsteps of secretive Armstrognite cult leader Gerald Flurry.  Neither one can have any lookey-loos driving through their property.  More importantly this is being done to keep out disgruntled former members and ex-COGites.  After breaking up hundreds of marriages and families, Dave has to maintain control so that these angry people do not set foot on his sacred City on the Hill. 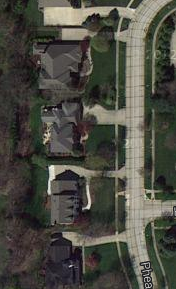 In the following news brief it it also points out that Pack is planning on building executive housing on his property, just like Gerald Flurry.  I guess his large home in Wadsworth is no longer adequate for the worlds greatest Church of God leader EVEEEEEEEEEEEEEEEEEEEER!

WADSWORTH: The city’s Planning Commission this week approved a request by the Restored Church of God to have most of Ambassador Drive declared a gated private roadway.

Ambassador Drive was planned to be a link between Hartman Road and Akron Road, but the Restored Church of God is expected to purchase most of the land accessed by that roadway.

The church has built its world headquarters at that location and is constructing another building to serve as a printing facility.

Also during the planners’ meeting Monday, the church withdrew a request to build residential dwellings on the property to be leased to church executives. The proposal will be brought back at a later date. Read the rest here:  Church in Wadsworth wins approval for privatization of road

How appropriate; a dead end road.

How will the millions (or is it 0-1 )of new converts make to church if they can't get in?

Gerald R. Flurry, David C. Pack, and all the end-time >false prophets< are in this great space race to prove to all the others that God is blessing ONLY THEM, that is why they have so much STUFF. Gerald Flurry came up with the scam to build >God's House<
saying it would honor God. That's a bunch of crap. It's only honoring the McFlurry clan.
You see he began by asking PCG members how much each could pledge >voluntarily<(they thought). So some got too enthusiastic and made pledges they couldn't uphold, and that was mainly because the economy about that time got worse. So Gerald Flurry got all frantic because he was already into this HONORING THE GREAT GOD PROJECT >MILLIONS<, and decided to blame all the members and put them on a BIG GUILT TRIP telling them basically they were not spiritual enough and they all were to fast and pray to God for forgiveness for THEIR shortcomings and for not forking over the money they pledged >VOLUNTARILY REMEMBER<??

And this is the story of the house that Gerald built. The End.

How will the millions (or is it 0-1 )of new converts make to church if they can't get in?

You forgot to include the possibility of negative numbers of new converts...

Just like liars will be kept out of the Kingdom of God.

As a student gardener on the AC 'dena campus during the mid '60s, from time to time we would hear stories regarding the types of people from "the world" who would walk up the closed streets, and on to the grounds of the campus. All of the students from that era learned to ask the question "May I help you?" Visitors would be directed to an office where a campus tour could be arranged, this being the only way that they could remain on campus. There were incidents in which what were then called "hippies" (you usually never "knew" you were one until someone called you that) were found soaking their feet in the artificial stream which took a diagonal course across the upper campus. One time, one of the hippie girls actually disrobed in protest and a quick thinking security guard draped her in a blanket from his vehicle as they waited for the PPD. If people fell within the ACOG stereotypes of undesirable, they were never told about the campus tours, simply asked to leave.

My point is that people from the local community who wanted to experience the beauty of the campus were considered as trespassers. The presumption of innocence was never made on their behalf. The mere fact that they dared to be there meant that they were present for no good. Without escort, they had to leave. To this day, I remember the faces and puzzled looks of the people I asked to leave.

I wonder if the city of Wadsworth realizes that this will most likely be the policy at Dave Pack's little amusement park, and whether they endorse such behavior, and are willing to use police resources on occasion to support these policies. These are different times, but that usually does not matter to those who remember and glorify HWA's "immortal" policies. Security at a local neighborhood church with a smooth parking lot has no problem with me skating there in the evenings, but I just bet I'd be arrested for trespassing if it happened to be an ACOG!

You know, looking back on it, I recall as a yout coming to church w/ my parents to the Auditorium and parking up above and making our way down past that artificial stream that passed next to the walkway/stairway that led to the plaza with the Egrets in the middle of it. That fake, artificial stream must have been put in during the sixties sometime. No doubt to symbolize the "rivers of living water" that were supposedly to flow out from the throne of god. But in a Disneyland kind of way. And then there were the smiles on the "castmembers'" faces, the various quaint "mansions" on the hill and how manicured everything was, thanks to BB. It WAS like an amusement park. Even the things that weren't artificial seemed like they were. It was kind of like "Mainstreet USA." The only thing more that might have been needed were some animatronic parrots around campus that said "nice" words, instead of the curse words that Kelly said. That and a "Great Moments With Mr. Armstrong...and Dorothy" show to repeat every 30 minutes in the Auditorium...

" It was kind of like "Mainstreet USA." The only thing more that might have been needed were some animatronic parrots around campus that said "nice" words...."

They had that. They were called students

It would only be fitting that a massive earthquake strike Edmund, OK after over 100 small tremors in the area in the past month;
and a large stationary Fukushima plume lies over the Pack complex if only to humble these boneheads.

I remember David talking about getting it blocked off to keep the public from littering it. I'm sure people were already doing that so it was inevitable for him to block it from the undesirables.

This is not an example of the 1st century assembly where the whole city goes to hear the word. This is evil. Yet they collect fundraiser money from them..selling everything from food, beer, jewelry,etc.,along with their talent shows and dances. They have no shame by putting it all on FB. Nothing about these sects of Armstrongism is "Christ like" or set apart, they are more of the world than other Christian assemblies I used to attend.

Head Usher, that stream was installed in fall semester 1959, not long after I entered Ambassador. It was originally stocked with rainbow trout, and that circumstance led to my realization that Herbert W. Armstrong could not possibly be an apostle, guided in everything he did by an omniscient god. The full story of my epiphany can be found over at The Painful Truth (search articles for Trout Stream), but here is a summary.

When spring came and the water warmed up, those trout one by one turned belly up and died. No god had revealed to Herbert directly that rainbow trout are a cold-water species and that he should refrigerate the water. No god had urged him to consult an ichthyologist. No god had even suggested he should check out a library book and bone up on aquaculture.

This disaster was by no means the only thing that illuminated me about Armstrong and the college he founded, but it was a very important one because the light it shone on the situation was so clear and so harsh.

And that all-time family Favorite ... Dave Packs Pirates of the Church of God... (sing along!)...

"They had that. They were called students"

Ya got me fair and square. LOL

Yes, and you could usually recognize the parrots amongst the student body by their 1940s attire, and their cultivation and affectation of the "universal Ambassador personality" (UAP)

Joe, don't forget that since the UCG membership was cut in half by an equally and hilariously entertaining "ride", the UCG is hoping members of the RCG will jump overboard and swim to the UCG's very own pirate ship.

Why shouldn't they? The RCG only has one pirate at the helm, but the UCG has a whole Council of Pirates!