Will Bob Thiel Invite the Lord's Propeller Redemption Church in Dandora, Kenya To Join Him? 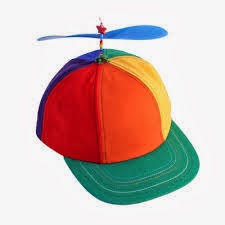 The Lord's Propeller Continuing Church of God has a nice ring to it...


Bob Thiel is off to Kenya this month to meet with groups of Kenyan "brethren" who supposedly want to join his personalty cult.  Many of the Kenyan groups only join up with American groups in name only, then once they are on the money dole they tend to do what they want as soon as the American leaders leave and go home to their prosperity.

There was another Kenyan church in the news a couple weeks ago.  This one was The Lord's Propeller  Redemption Church.  This buffoon, a good candidate for Armstrongism, declared that women in his church were to come to church without underwear on so that the holy spirit could enter the body more quickly. 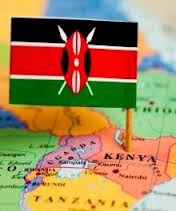 By Katherine Weber, Christian Post Reporter
A pastor in Kenya is making headlines for recently banning his female congregants from wearing underwear to church, telling them to avoid wearing the garments in order to be closer to God.

The pastor, described only as the Rev. Njohi by The Kenyan Daily Post, reportedly asked his female congregants at the Lord's Propeller Redemption church in Dandora to arrive at Sunday's service without underwear or bras. The pastor's reasoning was that the undergarments are "ungodly," and people need to be "free in 'body' and 'spirit' to receive Christ," according to the local newspaper. The church is located in an eastern suburb of Nairobi.

According to Nigerian Watch, the pastor also said he made the new rule for women so God can enter their bodies easily. The pastor added that women who continue to wear undergarments to church will suffer "dire consequences," and encouraged mothers attending his services to check their daughters to make sure they had obeyed the new rule.

Were the women in this church dumb enough to listen to this minster?  Just like in Armstrongism, they did.  Many wore no underwear to church just because the ministurd said not to.  With the spirit at work in this church so powerfully I am sure they would make a good addition to Bob's little group.

No underwear? This charlatan was probably into "upskirting" with his cellphone! Extremes and hypocrisy like this are partially responsible for people giving up belief.

Does Thiel just want the appearance of growth and "numbers?" Would HWA waste his time or would he go where they money was?

This article presents a strange case of guilt by false association.

The time is past to worry about minutia, since we are in the end times.

Tomorrow, my wife's cleavage and unverifiable stories of miracles will bring even more people to Jesus!

Satan will be sorry we've become cleavage-laden sales-people for Jesus!