Help Warn the Lithuanian Ambassador About His Association With the PCG 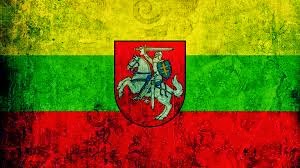 Living Armstrongism has a request up asking for people to contact the Ambassador to Lithuania and let him know about the Philadelphia Church of God cult that he interviewed with recently.

PCG's TheTrumpet.com has released an article, written by Jeremiah Jacques, which contains comments from an interview with the Lithuanian Ambassador to the US and Mexico, Žygimantas Pavilionis. The interview was conducted by telephone on April 8.

It is very likely that Ambassador Žygimantas Pavilionis has no idea that TheTrumpet.com is run by a remarkably harmful and destructive group that has shown over and over again a horrifying disregard for the well being of its members and has often exploited its members in harmful ways, such as ordering PCG members to three tithes and extra offerings, ordering PCG members not to have contact with "Laodiceans" or ex-members, or discouraging PCG members from going to doctors or taking medicine and other such destructive behavior.


Check out the Living Armstrongism site for the email addresses and Lithuanian Embassy page.

PCG's leaders know very few people are aware of what it truly is and they rely on this anonymity to operate without suspicion. Let us reveal the truth about PCG and TheTrumpet.com to the Lithuanian Embassy.

Lets make sure every ambassador of every other postage stamp sized country gets warned too...

Im no fan of Flurry or PCG in the least. However, political figures of all stripes, in general, will yield and be gracious to anyone in the press. Press is generally antagonistic in nature, and graciousness goes a long way.

The Trumpet which has a circulation of greater than 300,000, nearly all of whom are non-PCG members. This generates some respect from politicians. One of the things HWA did when he visited Japan, was to have the front cover of the Plain Truth have a picture of the Japanese Prime Minister and a spread of photos of the man inside as well. With a 5 million circulation, the prime minister and his cabinet members paid homage, as well as receiving expensive gifts from Osamu Gotoh on Armstrongs behalf, and Steuben Crystal and the like.

You can be sure that the Ambassador received a nice perquisite from PCG and Flurry. Additionally, he will receive nice press to the 300k circulation of the Trumpet.

Some emails from some of us disparaging PCG and Flurry...
Most likely into the CRAP CAN. Sorry, but that is how things work in the carnal world.

Lithuanians have had a difficult enough history under one tyrant or another. The last thing they need is a religious tyrant enslaving any of their people.

Thank you so much, No2HWA, for highlighting my post. It is greatly appreciated.

I well recall reading HWA discussing how he did not mention the peculiar dogmas he taught when selling his radio/TV show to potential broadcasters. Let us throw a spanner into their works and tell people they try to befriend the truth about what PCG is.

It is very hard to get through to PCG ministers because they have been promised a salary for the rest of their lives by PCG's leaders. That is one reason they can do all the things that have been noted and still come in next week performing their role in working to keep PCG running. If we tell them they are being sinful and behaving in shameful ways they ignore us because they know the tithes are flowing into their coffers and they go along with their work of iniquity.

But those wrapped up in PCG's leadership's bubble of privilege cannot control what people who they do not pay do. Unlike PCG's ministers the Ambassador is not beholden to PCG's salary. PCG's leader cannot control what the Lithuanian Embassy chooses to do. Which is why I feel it is so important that those of us who know the truth about PCG speak out to people like the Lithuanian Ambassador.

In a way, PCG's leaders are exploiting his (and indeed the entire Republic of Lithuania's) prestige and influence for their own ends (namely to keep PCG members scared in order to make them think it is necessary to stay loyal to PCG). The representatives of Lithuania deserve to know the truth.

Sorry, but that is how things work in the carnal world.

"PROPHESY AGAIN" or so says GERALD FLURRY of the PHILADELPHIA CHURCH OF GOD, Edmond, OK.

John the Baptist came in the spirit of Elijah, but he never turned the hearts of the fathers to the children. Without the Holy Spirit this would have been spiritually impossible. It says "he"(end-time John)would turn the hearts of the fathers to the children and prepare the way for Christ's Second Coming.
In a January 1984 Good News article, HWA wrote about Revelation 10:
So Revelation 10 shows that when our work appeared to be close to finished more than a decade ago, God held up world events, and I was commissioned to now go with the kingdom message to many kings, or many nations, speaking different languages (Rev. 10:11). That is what as I now look back, I have been doing, especially since 1972.
Mr. Armstrong clearly was doing the work of John the Baptist and thereafter applied these scriptures to himself.

So WHO exactly is >THAT PROPHETThat Prophet's< commission to "Prophesy Again"

Proof Gerald Flurry is a liar and a FALSE PROPHET and has no authority PERIOD.

"WOW, what a Revelation!"

But Gerald Flurry claims HE is the one to "PROPHESY AGAIN" Revelation 10:11...>THAT PROPHET<

Didn't Gerald Flurry write in this 1990 version of Malachi's Message that HWA claimed HE was to "PROPHESY AGAIN" and HWA died thinking he fulfilled Rev. 10:11, "PROPHESY AGAIN?"

But Gerald Flurry tells his members that to "PROPHESY AGAIN" someone must have been PROPHESYING ALREADY. But again Herbert W. Armstrong claimed "HE PROPHESIED AGAIN", already. How can this be??

How insane can it get!

So Gerald Flurry should admit if HE is fulfilling Rev. 10:11 and HWA was not...that Herbert W. Armstrong...

(Scroll down to bottom of page 12)