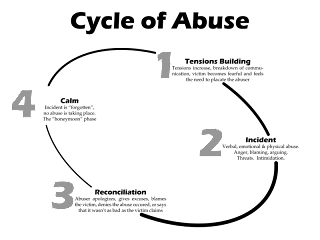 Apostle Malm has a couple to things on his blog today that are of interest.  The first is about the salaries of HWA, Rader and Ray Wright (one of Armstrongisms' biggest crooks.  Despite getting caught embezzling hundreds of thousands of dollars he was brought back into the church to be over money twice.) and then learning to forgive your abusers and let "god" take care of them.

Fiduciary responsibility in the HWA WCG

For those unaware, while HWA was writing and begging for sacrifice in 1978,  he wasted tens of millions on the AICF and receiving a salary of over $300,000 per year, the exclusive use of two church owned palatial homes, complete with church paid household staffs, a personal home in Tucson bought and furnished with an interest free loan from the church,  an unlimited expense account and the exclusive use of a church owned and chauffeured Rolls Royce.

Stan Rader was salaried at $200,000 per year with an unlimited expense account and regularly speculated in real estate, using interest free loans of church funds; his home was bought with an interest free loan from the church, and he placed all church business through his own companies at high rates. including AICF business; raking of many millions per year for himself.

GTA  had a  Base Salary of  $150,00/yr,  an  unlimited expense account and $750,000/year for use of the private Falcon jet, as well as the use of private church owned hunting and fishing cabins bought by the church for his personal use and the interest free mortgage loan to purchase his home and furnishings.

These are very high salaries for 1978.  Compare them to other professionals in industry at that time:

If it were only the salaries it might look reasonable, it is the additional perks that add up; as Rader has said: “It is not what you own, it is what you control” that is important.

Now Dave Pack and Gerald Flurry  are trying hard to follow in HWA’s foot steps.  Burdening the flock with burdens that they would not life a finger to bear themselves.


Don't forget UCG and LCG who still con members out of money to support their lifestyles and fund useless "colleges."

Then the Apostle goes on to write:

Some people may have let some bitterness enter them because of the abuse of others.

Let us leave abuses in our Father’s capable hands; he knows how to correct the situation and bring ALL his children to repentance. We have the right to just walk away from abuse, but any retribution is up to the Father, for “Vengeance is MINE sayeth the Eternal”.  Remember that we were ourselves sinners and God is still working with us; he is also still working with those who have offended us and those that WE have offended.


So when a person is abused they are just to walk away as if nothing ever happened?  What about the rapists, murderers, stalkers, and child molesters that had free reign in the church?  So when a woman is raped by a minister or member she is to walk away and not report it because Armstrongism's"god" will take care of it?

What about the murderers that have killed numerous members over the years?  Even though one shot himself to avoid prosecution the  others were arrested and went to jail.  Were the relatives of those that were shot supposed to just sit around on they behinds while Armstrongism's "god" fixed it?

Sadly this is what happened to most of the child abuse cases in the church.  They were swept under the rug as if nothing happened, causing the children to suffered even more mental anguish.

What about the wives that are beaten by their husbands and when they go to ministers for help they are told to return home and be a submissive wife?

Every abuse by any minister or member that harms another needs to be reported to the authorities and action be taken against them.  They need to be in prison.  This includes any ministers that sits there and tells a woman to go home to be beaten and raped by her husband.  Those ministers need to be prosecuted as accessories to a crime.

The Apostle continues with:

When we are prepared to die for those who have offended us, then we are approaching the love of God that he is working to produce in us.

Bitterness is “hatred” and has no place in the heart of any in the faith.


A person has the right to be bitter and angry when they are abused by church leaders. A person has every right to hate the actions of these deviate morons.  Far too many of these men need to be in jail right now!

The Apostle Malm said, "For those unaware, while HWA was writing and begging for sacrifice in 1978,"

MY COMMENT - Herbert W. Armstrong NEVER "begged" the membership for anything - He "DEMANDED" the membership to sacrifice and give more on the authority of Jesus Christ and under the implicit threat of Lake of Fire eternal damnation.

It is not an issue of forgiveness, it is an issue of accountability: Cult leaders insisting we all obey while they find an entitlement and don't.

It isn't necessary to become bitter to realize that all the Armstrongist cult leaders are worthless. They lie to you and take your money. Their doctrines are stupid -- disproved scientifically. Their history is contrieved.

Yet, if you view them as little more than Sabbath keeping Scientologists (with a few substitutions, of course), then it is possible to view them objectively and dispassionately as the utter worthless scoundrel narcissists, sociopaths, psychopaths and nutjobs they really are. It is possible to view them as mentally ill, even though they are not: Instead they have mental disorders -- specifically personality disorders -- which make them highly personally unappealing at their core.

Can they help it?

We all make choices.

The problem comes in when the Armstrongist Cult leaders don't have any consequences for their choices because they have an inexhaustible supply of dupes to feed them as a narcissistic source as some sort of Mafia Don.

Who can be bitter about a Godfather?

On the other hand, is there any particular need to forgive the Godfather when he has shown absolutely no remorse and not the slightest inclination to change?

Beware of what they would want you to believe and why.

Be aware that even with forgiveness, the projects to take them all down continue unabated.

It is our moral imperative.