Davey Pack: Here Is What Will Happen Sabbath August 31, 2013 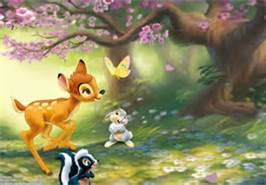 Davey is getting specific on what will happen on August 31, 2013.  The more details he gives the dumber he is going to look in August.

In six weeks all the Church of God's will be meeting in the same locations around the world.  There will be no more divisions and separate COG services in the 700 some splinter groups.  All will be reunited in domestic bliss and communion.

Davey is expecting entire congregations to "rollover" into his church prior to that day.  The elect will have had time over the several weeks until the day before to make their minds up.  Then come August 31 the heavenly choirs will sing, Jesus will shine again as the morning Star, rabbits and baby deer will leap with joy, bluebirds and butterfly's will rejoice and the lion will dwell with the lamb. Oh happy day!

In six short weeks, the “Church of God landscape” will forever change. Saturday, August 31 will be a Sabbath unlike any other in history. It will be the first time in decades that all of God’s people around the world will be meeting together in the same locations for services. Words cannot describe the excitement and happiness that will be everywhere soon after this reunification. In many areas, much of or possibly even entire congregations might “roll over” into The Restored Church of God. Brethren will have had weeks to prepare for this and to “consider their ways” before God. Those who come will have been led to return to the Body of Christ the day before this Sabbath. Reread this last sentence.

God has been busily planning this event for 3,000 years.  God inspired Davey's mother to get pregnant so she could deliver The Chosen One II who will restore and reunify the work of God that He somehow was not powerful enough to keep going.

Davey will have phone operators standing by to take the phone calls of churches that want to defect.  Mail will increase at such a dramatic rate over the next few weeks that the Wadsworth Postal System will be inundated with hundreds of thousands of pieces of mail from Church members inquiring where they can attend church. 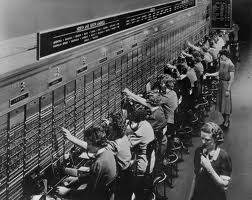 Realize that a host of logistical details must be worked out for this to occur. God has been planning this event for thousands of years—at least 3,000—and His Church has been preparing for it for almost a year. Headquarters and our ministers will be ready to receive potentially a great many phone calls from splinter ministers and members even in the days and weeks before August 31. Mail will also explode, but we are ready for it. We must do our part to ensure as orderly a process as possible for receiving God’s people on that Sabbath.

COG members should be ready for another Church split, angry members and hostility from those not enlightened enough to jump ship.

Of course, human beings are free moral agents. Obviously, some brethren and ministers will choose not to return—with this number being few, many or anywhere in between. In some areas there will be splits in the congregation, with some ready to obey God and others not. Emotions will potentially run high, possibly on both sides. We will work out how and where those determined to return will meet with Restored Church of God congregations and brethren. No one will be overlooked throughout this process. The Great Shepherd—Jesus Christ—will make sure of this!

Fun times are ahead!!

Perhaps Davoid is attempting to use the power of suggestion and the longing to see old friends as a means to get the sheeple into his clutches. However, there are limits to everything, even human stupidity, and Davoid is about to come face to face with that harsh reality.

It is possible Dave has made arrangements with a few old friends who are ministers in LCG and UCG to move over to RCG next month. Those old friends may be exaggerating to Dave the numbers who they expect will move with them.

Also, Dave has actual relatives in LCG and UCG. With the nepotistic history of the ACOGs, you can be sure he won't subject his own returning relatives to the same abusive regimen that he reserves for ordinary ministurds. They will be the kapos keeping the other returnees under control.

He is desperate to increase his membership from the teens at hotels. It is costing too much money to have one pastor for such a small group. If only he would add JC (the Son, Savior, Redeemer, Mighty One) to his videos/sermons, his membership would increase, I mean explode. Can you hear me, Pack?

I bet DCP reveals that he was immaculately conceived.....

On Sept.1, he is going to be spinning what has then become recognizable as the "disappointment of August 31, 2013."

During the 1950s and early 1960s, it was perfectly logical that HWA would write an autobiography. At that point, he was part of 20th Century Americana. People heard the booming voice and radical message over the airwaves, and had many questions, questions that HWA wanted to answer himself, rather than leaving them to the press, which he severely distrusted.

People wonder what was so important and remarkable about Dave Pack that he would also feel compelled to write an autobiography. I used to think it was simply another example of Herbolatry, or perhaps runaway ego. However, having read the excerpts quoted by Dennis last weekend, it would seem a logical conclusion that Pack, who has enjoyed an almost universally negative reputation, except in his own mind, saw a need to humanize himself, attempting to break through his ministry's major glass ceiling.

Certainly, these goings on have relieved some summer boredom. Ron Weinland "drove over his head" (a racing phrase), and created a whole new glass ceiling for his ministry. Read up on Jim Bakker, and you will realize that Weinland can't possibly recover from his mistakes. While there it is not an apples to apples comparison, Dave Pack seems to be more in parallel with Oral Roberts's self imposed ministerial downfall. But, we'll know, soon enough. This one is not "perhaps within the next 3-5 years..."

'God has been planning this event for thousands of years—at least 3,000—and His Church has been preparing for it for almost a year.'

Can you believe the above quote? In other words, Dave is saying that he and his sinisters have only needed one year, but God needed 3,000 years to get things in place.

I have no idea of what scriptures he plans to pull out of the bible in the next two weeks in an attempt to 'prove' that he is correct, but I do know scriptures that tell a totally different story.

Perhaps there is something that I overlooked, but boy oh boy, these forthcoming scriptures better be good, and Yahshua gives His full support and intervention in all of this, or David you are going to look like the world's biggest egoist and liar, that hasn't a clue when it comes to understanding the bible.

I think David's use of the power of suggestion has moved onto the power of wishful thinking. And it's not some simple fad like the law of attraction (which I'm sure he denounces anyway). No, he is going all in with this one- and as the first poster notes, a harsh reality awaits.

"...with this number being few, many or anywhere in between."

More precise details revealed by God to his chosen servant.

Isa 65:5 Which say, Stand by thyself, come not near to me; for I am holier than thou. These [are] a smoke in my nose, a fire that burneth all the day.

Jud 1:12 These are spots in your feasts of charity, when they feast with you, feeding themselves without fear: clouds [they are] without water, carried about of winds; trees whose fruit withereth, without fruit, twice dead, plucked up by the roots;

Jud 1:3 Beloved, when I gave all diligence to write unto you of the common salvation, it was needful for me to write unto you, and exhort [you] that ye should earnestly contend for the faith which was once delivered unto the saints.

Jud 1:4 For there are certain men crept in unawares, who were before of old ordained to this condemnation, ungodly men, turning the grace of our God into lasciviousness, and denying the only Lord God, and our Lord Jesus Christ.