Dave Pack: Is Not Happy Being Lampooned by all of the Scoffers and Mockers Making Fun of Him....Oh Boo Hoo 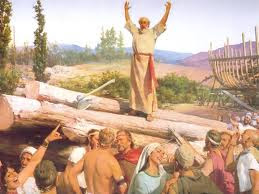 Davie is back with what he says is his FINAL message till the Great Reunification happens this month.

You know things are not going as well as he had hoped for when he has to start his latest article off with how much we have made fun of him and his message. Davie has scoffers and mockers lampooning him!  Poor thing!  All he would have to do is keep his stupid mouth shut and we would go away. But nooooooooooooooooooooooooooooo he can't stop making asinine comments, predictions and prophecies.

First we pissed off Wade Cox and now Davie Poo.

"Some weeks ago, when explaining the year that the prophecy is fulfilled, I listed perhaps two dozen reasons for 2013. There are perhaps twice that many more reasons that have been listed by those of us inside the process of learning what God is doing. There is no point in ennumerating them all because they would merely be lampooned by scoffers and mockers who in many cases might not even respond to the prophecy when they SEE it!


Poor Davie.  All those meetings with The 16 planning this all out so it would go as smooth as possible has hit a bunch of roadblocks.

Davie thought COG members would be flocking to him with all of their money.  With our constant ridicule and Aaron Dean's latest comments about him, Davie has a hard road now to trudge down.  Now that it  is even more apparent that God is NOT walking with Davie, it is going to prove to be an interesting month!

Those are us "mocking" and "scoffing" him are actually trying to help his followers by showing the truth that Pack is wrong and prepare them for the inevitable and painful disappointment RCG members are in for when Pack's prophesied reunification fails miserably.

It is Pack's fault that he has carelessly and viciously put his followers in this terrible position.

I suspect and hope that there will be a glorious mass defection away from Pack once his prophecy fails.

Shut up already and let nature take its course.

I hope the RCG goes bankrupt because Dave has over estimated how many new tithe payers will come to his new business location. Better yet, I hope Dave runs off with as much money as he can scrape up and the world sees that he is just another in a long line of con men using religion as a tool to enrich himself.

It doesn't matter how many millions of reasons you can come up with why your interpretation of your god's ancient "prophecies" must point to you and your silly organization.

It doesn't matter how "good" or "certain" you claim each and every single one of these reasons might be.

It doesn't matter how impossible you claim it is for the future to take any other course than the one that makes you the grandest poobah of them all...

Your mockers will gain the upper hand over you with just one single reason that is better than all of your reasons. Come September, events will have taken some other course, and you will have pie all over your face.

I don't see us as mockers and scoffers. I really don't. Dave has chosen to misframe all of this.

Actually, we are Dave's accountability partners. His problem is not that he has to face mockers, but that he feels that he is above accountability. I guarantee you that when these bogus prophecies fail, he will at least partially blame all of us.

If the God of the Old Testament is on his side, then He will work a great miracle in spite of our calls for accountability. That is just the way it would go down if this were not all Dave's grand delusion.

Normally, I would predict disaster for Pack, but I've been astounded at how such men can manage to survive given the crdulity of COG members. We'll just have to see. He's predicted ruin for others. Let's see what happens to him.

Better yet, what will the people of Wadsworth think?

Failure will not be taken lightly by the community leaders.

Dave is targeting the wrong group anyway. With all his emphasis on reunification, he should try to rustle up followers of the late Sun Myung Moon. They are a lot more numerous than Armstrongites, and just as gullible. The disadvantage is, they've probably already sold their own property. However, they make up for that shortcoming with all their experience begging for donations.

If Dave blames us for the failure of prophecy, we rock! lol Of course it will actually fail because it is not a prophecy about Dave at all. How arrogant and deluded is this guy?

You guys are warning like Paul did for 3 years. Men like Pack,are the ones being scoffers (false teachers #1703 in the Greek) and mockers.
2Pe 3:3 "Knowing this first, that there shall come in the last days scoffers, walking after their own lusts"
Jud 1:18 How that they told you there should be mockers in the last time, who should walk after their own ungodly lusts.

Jer 15:17 I sat not in the assembly of the mockers, nor rejoiced; I sat alone because of thy hand: for thou hast filled me with indignation.

Pack likes to provoke us to write more on here and gets a kick out of it. He is evil.