Convicted COG Felon Says God Has Told Him That Ministers Are Not To Be Called "Mr." 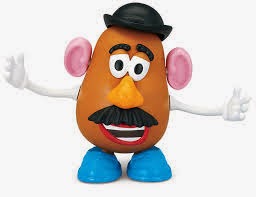 The Church of God's favorite imprisoned felon, Ron Weinland, says that God has spoken to him about members calling ministers "Mr."  Did you ever hear anyone calling Peter, Mr Peter, or Mr. Christ, or Mr. Paul?   This tradition of calling a minister "Mr." is unbiblical, according to Weinland, and is a hindrance to the gullible fools looking to join his rapidly shrinking personality cult now being led by his lunatic wife and money laundering daughter.

This matter of respect and honor shown where it needs to be shown is similar to something addressed early-on in the Church of God – PKG. God revealed that it was no longer necessary to address the ministry by saying “Mister” before a person’s last name, but that the ministry could simply be referred to by one’s first name. Using “Mister” before a name was more readily expected within society throughout most of the last century, but towards the end that was changing. The Church has always “stood out” as strange enough to others simply because of how God’s truth is so different from what the world knows and believes. Adding an unbiblical (not commanded) requirement of formality was not helpful in how the Church was perceived. We are to be moderate in most things and are not to be ultra conservative or ultra liberal.

Everything is now on a first name basis.

As a Church, respect cannot be legislated within the mind by how someone in the ministry is addressed. Just addressing a minister by “Mister” does not mean that a person saying it has respect or is showing an attitude of honor toward one of God’s ministers. So the Church made the decision that we would simply address a minister by their first name, just as in the beginning of the Church when people simply addressed Peter, Paul, John, etc., by their name.

In case you missed it, in the same post he discussed proper dress at church (no mention of his wife's Victoria Secret apparel paid for by PKG tithes), made a blatant demand for more money from the PKG and announced how his new book on prophecy is coming (it will be out a year or so after he is out of prison, being that those #2 pencils are tough to get sharp!).

Please remember everyone, Weinland is the ultimate representative of the Cult of Herbert Armstrong Mafia, doing many of the same things Armstrong himself did (but got away with it) and being narcissistic as the elite. Apparently, attending Ambassador College renders some sort of parasitic disease that plunges the erstwhile student into delusions of grandeur accompanied by pride and hubris as being a superior species beyond human ken.

So you Armstrongists, next time you go to the Feast or attend Sabbath services, take a good look at the PKG as a mirror reflection to see how stupid it is to follow the Cult of Herbert Armstrong Mafia.

And know that the stupidity is obvious to those not in it, so buck up and admit to being a loser so you can move away from stupidity and stop being a loser (or at least join a better class of losers).

Well, I believe certain of the Armstrong ministry should be addressed as "fart blossom", because the concept of earning respect by telling the truth and being totally above reproach is completely foreign to them. But that's just the old biker in me.

Artificial titles place an unnatural or artificial barrier between a spiritual guide and those who rely upon him for mentorship. These guys covet the respect normally reserved for members of the deity. If that, and an elevated lifestyle are what they are in it for, then their counsel is worthless. They are supposed to be (per Jesus) greater servants.

I think his proper title is "Inmate Weinland."

Especially since the state prosecuted and imprisoned Ron Weinland as a fiduciary agent, acting on behalf of the "public trust." In this case, the specific "public" in whose interests the state acted are people who STILL can't figure out that THEY are the victims of the crimes for which he was incarcerated! His followers are the ones whose trust was violated. They are the ones who, if they were sentient life forms, would be most outraged. But they're not. The machinery of law could figure it out, but many of his victims cannot.

Some people are dumber than a box of gears.

I don't care if you call me Jackass as long as you are giving me money.

I wonder how many inmates he will convert and bring into his cult?? He will probably make them ministers also. Seems like a good place to recruit and add to the weirdness.

"It was NOT MY idea to be called 'Paul'. My gospel was unique and I felt very free cursing anyone that didn't go along with my version. No, I'm definately a 'Mr Paul of Tarsus,' to you. Here in the Third Heaven, and yes...I told you I'd been here before!, I get the respect I deserve since God revealed his SON in ME!"

Don't listen to Ron. Here in the Third Heaven it's "MR"

6:12, yes. It is as if many of the people scammed by Bernie Madoff or Michael Millkin decided to remain loyal to them and to continue supporting them. Even in the seedier nooks and crannies of mainstream Christianity, if a leader suffers some sort of moral lapse, he pretty much loses everything; credibility, his church, accumulated wealth, and in some cases even his wife!

Even if members reprogrammed themselves, as many WCG members had done in the aftermath of the 1975 non-event and the numerous GTA scandals, loyalty to Weinland does not make sense. Remaining PKG members must believe that Weinland offers something "special" that is not offered in any other ACOG group, even though the doctrines for all of them were spawned by HWA and are amazingly similar.

I've noticed that even outside of Armstrongism, proper titles are a "thing" with many people.

It's best to call a person you know by his or her first name. Why get into the 'position of power' thingy that tries to place us on unequal footing?

Anon 9:34 asks, " Why get into the 'position of power' thingy that tries to place us on unequal footing?"

Well, in certain subcultures (regional, social class, and religious, for a few) it's just the way things are done. Once markers of hierarchy get ingrained through tradition, they tend to persist.

I found it very hard after I reached adulthood to call my professors or preachers by their first names, having always used last names preceded by "Mr.," "Mrs," "Miss," "Doctor," "Brother," or some other honorific. So even though like you I rejected of the "position of power" principle, I still felt awkward inviting my students to call my by my first name.

So to be all egalitarian about forms of address, I told students in my classes we would all be on a last name basis with an appropriate honorific. I used "Mr." for the men and (to avoid making marital status a big deal) "Ms." for the women. I suggested they use "Mr." for me and reserve "Dr." for people with medical degrees. However, I accepted "Dr." if they preferred that, or even "Professor," although that last one sounded even more pretentious than "Dr."

Here's the amusing part. By the end of the semester we all pretty much dropped the honorifics and just used bare last names. One woman said we sounded a little like a football team, barking out "Schumacher," "Kienholz," "Wilson," and so forth.

I was satisfied. We started out formal and ended up familiar, but the important part was the equal footing. The students who used "Dr." or "Professor" knew the choice was theirs, not mine.