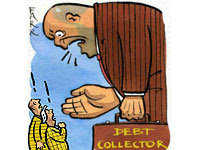 "Since Isaiah lived 2700 plus years ago, could his writings be applicable today?
Yes.

One thing he wrote

12 As for My people, children are their oppressors, And women rule over them. O My people! Those who lead you cause you to err, And destroy the way of your paths. (Isaiah 3:12)

Of course, women are influential in the English-speaking nations,  (Poster's Note: GHASTLY DAYS!) Yet, ever since Margaret Thatcher was prime minister of the United Kingdom, I have felt that it is likely that the USA would end up with a female president or at least a highly influential woman in a top level federal government job. As it turns out, the four remaining predominantly British-descended nations (the United Kingdom, Canada, Australia, and New Zealand) all have had not only queens (they shared the same ones), but all have already had a woman in the office of prime minister. The prime minister is the chief executive official in a parliamentary system of governance.

Since the physically territorial and other blessings affected the descendents of Ephraim first (cf. Genesis 48:17-19), it would seem that certain passages of scripture, such as Isaiah 3:12 discussing female rule, would also affect them first.

While the U.S. does not have a parliamentary form of governance with a prime minister, it does have a chief executive official who fills the office of president. And the U.S. has never had a female as its president. Now, because the U.S. has already had women rule in high positions, it may not be prophetically required to have a woman as its president to fulfill part of the prophecy in Isaiah 3:12, yet it very well may need to.

Hillary Clinton was fulfilling part of that verse for many years herself as a US senator then Secretary of State. And there have been various female Supreme Court justices, senators, etc. who also have, including Janet Yellen, chair of the Federal Reserve. While it is not absolutely required that the USA itself have a woman president, I do feel that if we do get one, that this would be a partial, but significant, fulfillment of that prophecy from Isaiah."
(Emphasis mine)

ON THE OTHER HAND...

Isaiah 3:12 might make more sense and be less available to use to denigrate intelligent and talented women in our present times if, according to a Jewish commentator:

"3:12 A babe is their master and women rule over them.  The same word here is used for "babe" as in Verse 4, and the commentators translate it as either a symbol of weak rulers or of mockers and cynics. Kimchi adds that, because of their sexuality (it has been a common misconception, from ancient times up to the present day, that women are more sexually enticing, and more sexually motivated, than men are), the men will fall under the domination of women. Krauss calls attention to the fact that the word for "women" (nashim) can also be read as "creditors," and that all the ancient translations indicate that one of the misfortunes that will come to them is that they will be always in the hands of their creditors."
http://www.myjewishlearning.com/article/isaiah-31-15-a-commentary/

And while no one would argue the problem of creditors is always with us, Isaiah was not looking ahead 2700 years.  He was waiting for his next notice of late payment

And for a "prophet", Bob adds a lot of fudge factor terminology to this short few paragraphs

Sadly and of course, as Bob says, Isaiah was speaking of Jerusalem in his own day or in times just ahead for them.

Credit isn't a bad thing, if it is used responsibly. It can be used as a buffer to manage expenses, and as a tool for personal or professional growth. The problem is that people do misuse it, and lenders are forced to impose the most extreme provisions of the loan agreements on them. Obviously, a family budget that is held co-dependent to Armstrongism is a very high risk situation for any sort of credit. Church members could end up being caught as slaves both to a non-biblical tithe extortion system, and at the same time to Bank of America, just in the process of trying to make ends meet.

HWA discouraged his "dumb sheep" from buying on credit, most likely because he knew, in terms of future chess moves, that many would become so encumberred that they wouldn't be able to respond to his gun laps and other emergencies. Addictive personalities are not only going to fall victim to religious huxters, they are also likely to fall victim to easy money through credit. Being an Armstrongite meant that members had to prioritize their addictions so that their addiction to HWA always came out on top.

This and Isaiah 28:10 (hear a little, there a little) are two of the gems of Armstrong eisegesis, and Bob will faithfully maintain the misinterpretation once delivered to HWA.

LCGer that knows Bob to be a LIAR said...

Every day that goes by the lying false prophet makes himself look more foolish.