Dave Pack: I have the innate ability to see things you can't see and to make things very, very graphic 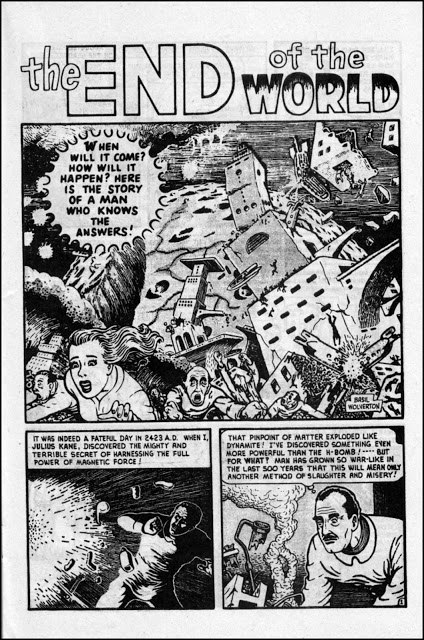 These things are shocking. They’re devastating. My job is to create a vision, without being able to actually divinely show you one. But I have the ability to see things, some of it is just innate…But I can…I can make things very, very graphic, and whoever was going to be the watchman would have to be able to sort of “see” things before they happened anyway, wouldn’t he? I’d be able to make them graphic or the people in the world who are hearing these warnings, who might run, otherwise run, if they hear this watchman…otherwise would not, or else would not. So I’ll leave you to think about that. You may have your own little troubling feelings and emotions and health. These are terrible, terrible things to consider, and I must tell you, before this sermon is over, it’s not going to get better. We are soon going to move on to other things, but I want to share some more things with you.

Drivel vomiting from the mouth. That is all the CoG's are anymore.

Group psychosis due to the cognitive dissonance caused by Armstrongism not reaching its taught prophetic conclusion. A lesson in unrequited prophecy, as it were. And, now, it's got the mighty Dave Pack sounding much the same as Bob Thiel.

David Pack You Are A Deluded Fool. If You Could Just Pull Your Self-righteous Head Out Of Your A** You Just MIGHT Have Some Hope At Returning To Some Sanity!

In regards to MAD MAGAZINE"S interesting comic drawer, Basil Wolverton, who produced the horror comics for the WCG...