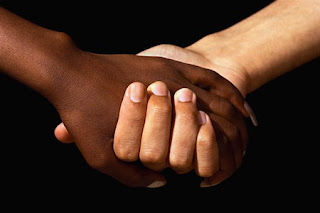 Felix has a great letter on his blog by a GenX black member who grew up in the silliness that is Armstrongism. Armstrong and various other cult ministers always loved to preach that they were 'turning the hearts of the children to their fathers'. Nothing could be further from the truth than that comment. Armstrongism destroyed countless lives, families and the beliefs of tens of thousands of members.

There has been a slew of stories flooding the internet over the last several years by people who suffered under the putridness of Armstrongism. This story is just another in a long list of stories on how morally bankrupt the entire belief system of Armstrongism is. And of course the nay sayers come out of the woodwork and accuse these people of all kinds of lies. Most appalling is the extreme amount of racism that filled the church. I have loved watching Armstrongites over the years deny that there was ever any racism in the cult.  Some of the biggest proponents of this seem to have gravitated towards Rod Meredith and Gerald Flurry.

Another "Second Generation XCGer Speaks Out

(Editor's note: We have on Gavin's blog heard the testimony of Sienspirit, a young woman in her mid-20's discuss her time being in the Worldwide Church of God (historic, orthodox and evangelical periods) and discusses the ripple effect of the church's destuctive policy on medical care which hit directly at home with her. Though members from the splinters came out from the woodwork (let's say) to spew their venom by suggesting that her testimony was exaggerated at best and fabricated at worst or that she was another second generation whiner who could not take any responsibility for her life and the most childish and infantile suggestion that Sienspirit was not the most attractive of appearences (I actually liked her hair done in the third segment of the video and I really do think she has an Alyson Hannigan-American Pie fame, thing going on but that's just my humble but complementary opinion), I thank God she had her defenders and I will proudly add my name to the list. Until Anderson Cooper gives people like her some prime time, Youtube and other internet media will be the route. I have also said some time ago have desired to hear some more stories of relating to an African American (or Canadian or Carribean) experience in Armstrongism. Well I didn't need to look to far. My brother's friend in Y.O.U. days has a story and it is a unique story. This brotha was an independent thinker from the get-go and trust me this guy has proven that there IS life after the WCG and more abundantly. I hope all will enjoy this different kind of perspective.)

On the family side, things began to sour. My father got fired from his good paying career because he refused to work a Friday night shift that he was scheduled to work. Then he tried to call the church lawyer using the "religious freedom" card. The lawyer in our church stated that he can't help him and hung up the phone rudely. In my opinion, losing a career in the manner my father did was irresponsible. As I look around me at church, the YOU group my brother was in were nice kids outside of church, but in church a collection of disinterested teens that did not care about church. I was in YES. I dutifully completed the bible lessons and I got my YES certificate from the minister-a stiff as a cardboard Englishman. I admit his daughter was cool to me because she was coming to church with yellow hair and openly criticizing the church current doctrines. I recall when word got out that she was pregnant, the self-righteousness of many people felt it was their right to openly criticize her. Using names like "*#$%@", members (particularly the single men) started to quote this line about "be you not unequally yoked". That service was just bizarre. I felt sorry for her. I saw in tears outside the meeting hall (a very old public school in another end of town) I said to her, I do not condone in this behaviour". I then decided it was time for me to "go on strike with the WWCG".

My biggest complaint with the 'church' was the policy on interracial dancing. My brother and I were not allowed to go because of this reason and I quote "The Worldwide Church of God view is that interracial dancing can ignite sexual arousal in black men so we don't allow black men to dance with someone outside their race." The minster went on to say that it was OK to call a black person "@%#%#@". The two statements are the most ignorant, short-sighted, ridiculous statements I have ever sat through in my life. This was said in the middle of church! Recall that my family was the only black family in the congregation. I threw a temper tantrum like former tennis star John McEnroe in his prime at church and to this day, I am very proud of myself for speaking out in the middle of church! I got some lashes from my father for it when I got home, but I felt strongly that what the minister said was racist. It became the 'hot-topic' in the church district I resided in. The minister tried to "smooth things over" but the mere sight of him entering my parents house would make me want to toss him out in the manner like Philip Banks did to Jazz on the 90s sitcom "The Fresh Prince of Bel Air" television show-throw Jazz out of the house!

The minister came to my parents' house to explain how SEP works, how I would be a "leader for the black kids". I told him I am no role model for anyone. The minister assured me that those rules were done away with, realized they were rules that created sensitivity issues etc. I went to camp, first dance they had, no interracial dancing (not even in dance class!) I remember the camp director. I never liked this man because in a YOU track meet earlier this summer, he made comments about black people that I felt were insensitive. I sat alone by the lake. One of the girls' counsellors found me and asked why I was not dancing. I told her why. She was SHOCKED to find out the rule existed.

My experience dealing with hypocrisy, racism (not just with Caucasian people but other black members of the WWCG were racist towards me due to my refusal to date their daughters and being called a "sell-out". For those that do not understand a "sell-out" is a black person who "acts white." By that I mean young black males like myself who do well in school, do well in extra curricular activities and are decent in character. For instance there was one young black woman who thought it was her divine right to go up in my parents face after church one and state this in a nasty attitude that was evident in some black women back then. I quote "You have raised beautiful whitechildren". I know most who read this may not understand but I will state that was very hurtful towards my mother. My reaction, some CHOICEwords for this young woman), church leadership (and I have not even touched on the doctrinal side of the Church in this retrospective look) and the two-faced attitude of most of the members I came into contact with.

As I left WCG, one of the first things I really wanted to do was to explore interracial dating. I was always naturally attracted to Latinas (and fortunately, some of them were attracted to me as well), so that was my primary focus in dating. However, I've also dated African American women.

Bottom line is that I was able to experience a wonderful cultural enrichment, one that would never have been available to me had I remained entrenched in the heresies of Armstrongism. When you get to know people, you begin to realize that we are all more alike than we are different. Most people seek love, approval, and respect from others. It is a shame to be part of a group that causes one to think of others as being less than. Martin Luther King really had it right when he wished for his children to be judged by the content of their character.

The problems with interracial dating during the Old Covenant revolved around the human heart not having been transformed, and therefore mankind being like the wind, blown around by false religions, breaking out the Asherah poles and building golden calves to please the objects of their affection. There were notable exceptions, such as Joseph, whose Egyptian wife (could she have been Nubian?) spawned Manasseh and Ephraim. For the Christian, Jesus has resolved those kinds of problems which in antiquity made interracial dating a bad thing. It is possible now for Christians of all colors to experience wonderful Christ centered marriage relationships with one another, and to raise God fearing children.

Racists will always look for, and find, justification for their racism.

Some of my fellow students in 1959-60 at Ambassador were discussing the movie "Porgy and Bess," which they had seen recently. One guy, from southern California, said he found it pretty depressing. A girl, from Virginia, said, "Why? They were only niggers."

I was shocked and thought she might get in trouble for such insensitivity to fellow human beings. (The word "racism" was not in circulation yet.) Little did I know she represented, if not the mainstream, at least one of the major currents at that place.

Actually, Ambassador College would not accept black students until the Civil Rights Act basically forced them to. And even then, for a long time, they would not accept blacks unless they were married, because otherwise there could be interracial dating. But WCG didn't see any need to do right in these sorts of matters because of anything that God said, or the bible said, like the Golden Rule, or anything like that. No, they just followed the society around them and feared Uncle Sam more than God. This just another one of those confirming details, proving that for the leadership, WCG had nothing to do with Christianity, God, or the bible. It just had to do with rakin' in the dough.

During that sermon, he said that the college at Bricket Wood was originally planned as an "all Negro" college, so there would not be any "Negroes" at the US campuses.
IIRC, he blamed Satan and bad church members for it not working out that way.

Armstrong was way behind the times when it came to race relations.

Bob, you were doing really well there until you got to that "The problems with interracial dating during the Old Covenant revolved around the human heart not having been transformed, and therefore...." part!:)

Retired Prof, would your real name happen to be Herb Shrader? You can email me if you wish to: phylandal@qwestoffice.net.

Disregard that last comment. You were a student, not a professor.