Dave Pack: I Will Be Making Earth Shattering Announcements Every Friday Indefinitely 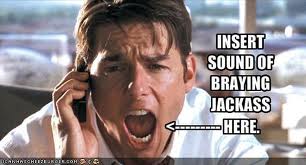 The worlds most important Church of God, lead by the worlds most incredibly intelligent leader, Dave Pack, has given notice that he will be giving earth shattering announcements every Friday until he flees to Petra.


For the last five Fridays in a row The Restored Church of God has made dramatic announcements. These weekly postings will continue indefinitely every Friday! You will want to return each week to see what is being announced.

In another deliberate jab at Rod Meredith, Gerald Flurry and Robin Webber, Dave lets them all know that he is having earth shattering television opportunities while building magnificent HQ buildings.  Those weak impotent little wusses at the PCG, UCG, and LCG are losing money and TV stations while God's most important man is raking the dough in and building the worlds most beautiful campus.


Bear in mind that all of the following additional television expansion, listed momentarily, is being added while we are still building our Headquarters campus without use of bank financing. (We expect to announce next Friday the start of a second building, again without bank financing. We will unveil the building next Friday. A timelapse video of our Hall of Administration will also be posted at that time. And we are on schedule to occupy the “Hall” seven weeks from today.)

The amazing man is also announcing he has started a Chinese language web site geared to the worlds most populated nation.  This is something that the little wusses in the other COG's have failed to do.  "Eat my dust, WIMPS!"

Second, The Restored Church of God has now launched (today) its new Chinese-language website. This adds an eighth language to the Church’s range of translations! For the first time, God’s Church is publishing the true gospel for over 700 million Mandarin Chinese-readers on the Internet worldwide. Four booklets are now available, and additional literature will be added regularly. Revelation 10:11 states that when God’s Church “prophesies again” it is to be “before many peoples, and nations, and tongues, and kings.” This is being done with ever greater power.

Third, the POWERFUL worldwide expansion of The World to Come™ television broadcast continues with the addition of 187.6 million new television households around the world. God continues to GREATLY bless His Work. We continue exploding forward and rocketing straight up in every regard. PCG, LCG and UCG all are suffering shrinking income and loss of media coverage as a result (having done nothing, COGwa has nothing to lose)—and this will quickly grow much worse, with repercussions in all directions for these rapidly declining organizations.


He's added 187 million households to his number.  However he failed to report only 3 people actually watched the show out of all those millions!

Then to really bitch slap Meredith and crew, he lays out the tens of millions of other households he has now added to his portfolio as Rod and crew loose stations left and right.


The World to Come has now added more coverage in the United States, Canada, Europe, Australia, New Zealand, the Middle East and North Africa—but also South Africa by next week. This is coming just 14 days after a huge announcement on March 8. Perhaps take time to read the list of 203 stations added just two weeks ago.

(A) All across Scandinavia and Europe, The World to Come will reach 113.1 million households on the Gospel Channel. This network is broadcast throughout the continent on satellite, as well as Sky UK and Canal Digital in Norway.

(B) More millions in Australia and New Zealand will be reached through satellite coverage via The Word Network! Also, both TV ONE and Prime TV networks in New Zealand will launch on Sunday, April 7 to a combined 3.1 million households—effectively blanketing that nation three times. These new stations will be available via Freeview, Sky satellite and cable providers across the country. (We expect to announce additional nationwide network coverage in Australia next month or very soon.)

(D) In South Africa, all subscribers of one network will soon be reached with a Sunday afternoon prime-time slot.

(E) In Canada, through the Winnipeg superstation Joytv11, The World to Come will now be aired to 5 million households (growing to over 8.5 million later this year) via Bell ExpressVu satellite, as well as a variety of cable providers. This complements the 7.4 million subscribers on recently launched Grace TV, who can watch on Shaw Direct satellite, Rogers cable and a variety of other providers. Combining these two stations gives the Work full national coverage across Canada.

(F) In the United States, 16.1 million households have been added through a Sunday morning slot on Retro TV. This unique and rapidly expanding network services viewers in 101 cities. In many areas where antenna service is available, local cable providers re-broadcast the programming content, giving The World to Come even more reach.

In a private meeting with a senior vice president of ION, we just learned that included in our latest national ION Television package is cable coverage in virtually every metropolitan area in the country. This means The World to Come will reach an additional 12.8 million households through cable affiliates where ION Television does not have a local station. We did not realize the enormous scope of what was coming to us when LCG abandoned its ION slot, but also how we would benefit when they abandoned other slots. (The World to Come now reaches almost every U.S. household through either ION Television, The CW Plus, Retro TV, cable affiliates and satellite, but also some independent stations.)

No, it doesn't, actually, because I don't get any of the stations or services listed. And that "Grace TV" channel is NOT national, at all, the ONLY religious channel (and it's multicultural, so it gets WAY more than just professing Christian claptap) is Vision TV; which, as Spanky has been bemoaning, may no longer be national.

Retro TV? Maybe he should change RCG to the Retro Church of God.

No doubt there will be a few who catch the end of his program just before "Fat Albert".

A niche channel if there ever was one, but at least he should be able to attract old people in retirement homes where the cable channel can reach them.

Won't do much for tithes, let alone "conversions", but when building an ego, any bragging rights can be seen as useful.

I'm afraid this is going to be a step backwards for all of us who have protested for years the Chinese Internet firewall is BAD thing.

I guess DP is going to do his best at trying to save the whole world. If he can get even 1% of the Chinese readers to become members he can have 7 million new members. Oh, I forgot he isn't into numbers.....

One number he is definitely into is 10% of your income.

Love the sexual innuendo in Daves letter. Being the righteous macho man he is, he has to get a dig in at the impotent leaders of the LCG, PCG and UCG with this:

"We continue exploding forward and rocketing straight up... "

That is one mighty orgasm!

Amongst the many flaccid dicks leading the splinters, stands one dick above all the other - the mighty Dave Pack - the biggest dick of all!

Give it time, though, and we'll see what his boasts eventually come to.

It's my opinion that Pack is expanding on TV to really try and bring in more people from the "world". Most of the people in the COG organizations want nothing to do with him. Sure they may read his books & mags, and listen to sermons online, but they don't want to attend services. They sure don't want to pay tithes and give a large part of their assets to him.

But if there are fewer years left than one has fingers on one hand (Pack wrote it in 2011), why spend all the money in Wadsworth Ohio?, or is his little castle the place of safety? No, he doesn't really believe any of the prophetic junk he alludes to, he is simply copying Herbert Armstrong (the self admitted daughter rapist and documented false prophet) so that he (Dave) can run his big mouth and get attention (his mommy and daddy must not have instilled much of a self esteem in the geeky lad during his tender years), and Dave is getting lots of money. Momey, money, money. Read anything he writes and you will see discussion of money. So, Dave is simply a con man. If he was transparent he would not be afraid to let the world read his secret letters to the bretheren and coworkers, but he will not because there is some really kooky shit in them that any reasonable person would instantly realise is the work of a madman and fool. Dave is a fool; he fools the folks in his cult to believe what he says, he brainwashes them, he has not one drop of patriotic blood. He hates and condems many groups of people and claims that he is the man. All under the guise of a IRS sanctioned non-profit (prophet) organisation. He needs to be reported as a hate group leader and his charitable non-profit entity needs to be taken away. This is a BAD man, a deciever, a maniac.

Anon 7:42 wrote: "It's my opinion that Pack is expanding on TV to really try and bring in more people from the "world".


I'm not all too sure about that, Anon, as I doubt it'll work, if that actually is Pack's goal. To my knowledge I don't think any of the splinter groups are getting a great deal of response from "the world" anymore these days - most certainly not like the WCG once did during its "golden years." A few new folks here and there, but the small numbers in these groups have been fairly constant, if not in decline. Any "growth" now seems to be coming from young adults raised in the COG, who know nothing else of the world of religion except what they've learned growing up in the COG. UCG (i.e., Scott Ashley) seems to have a fetish for publishing stat charts, but these seem to be served up to current members to give them a false sense of what their tithe dollars are accomplishing more than show how new members are coming in. New baptism statistics are virtually never talked about anymore, except if it's church kids being baptized.

It would be interesting to obtain hard, verifiable numbers as to how many people from the world are being "called" these days into the COG's. I strongly suspect very, very few. The Internet is an easily available source of information on the WCG and all its splinter groups. Imagine if such technology had existed during the '60's and '70's when the WCG grew the most in terms of new members? And then later the shenanigans involving GTA, 1975 in Prophecy, and all the other controversial things that were so easily swept under the carpet then that would have been common knowledge, and easily accessed by prospective members. I'm quite sure I would have taken advantage of such a source of knowledge, had it been available then.

Stephen Allwine, UCG Elder Who Shot His Wife, Is Back In News Claiming Innocence

Fox9 out of Minneapolis, MN had a breaking interview tonight with Stephen Allwine, the United Church of God elder who shot his wife dead, ... 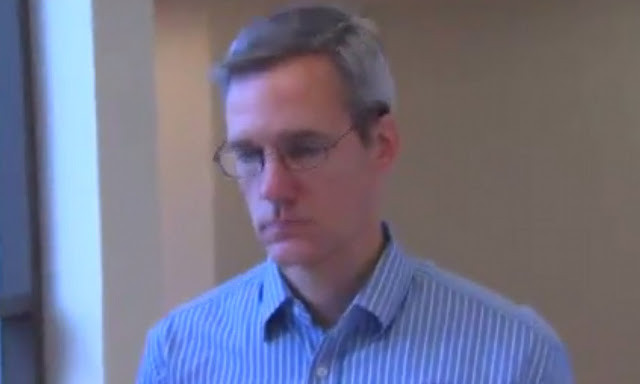