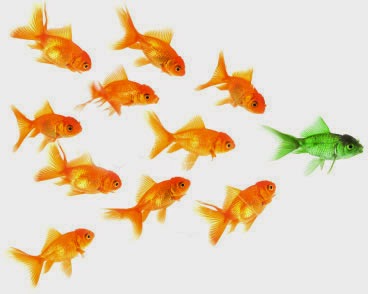 As it seems there are splinter-group members reading this blog, and that they may be too brainwashed by Flurry, Meredith, Pack or whoever to see the truth about their group, let me offer a less threatening exercise with regard to the criteria posed by this blog post and the previous one.

Think of a second-tier leader in your group -- someone who works directly for Flurry, Meredith, Pack or whoever. There is enough competition and conflict within each group that it should be easy enough to single out a particular Diotrephes or Apollos who is widely feared or disdained by the membership.

Now, notice how this Diotrephes creates within his area of responsibility a sort of "mini-cult" mentality, theoretically still honoring the top leader but in practice putting himself at the center of attention.

For the final part of this exercise, notice that this Diotrephes does what he does with the approval of your group's top leader!

Flurry, Meredith, Pack, Weinland and others like them create in their groups an atmosphere that fosters competition among those who aspire to be the next generation of cult leaders... and this competition leads to the creation of factions within each group that amount to miniature cults of their own.

The belief that belonging to a group is needed for spiritual growth, or to "qualify for salvation" is a myth and a belief that is at-least mildly cultic.

Maybe its just me but I see no need to belong to any religion even if I did have a strong belief in God.

Here is ONE warning sign: The hierarchy are all assholes!

Exclusivist elitists, rather than inclusionists. Gloating over supposedly being the chosen ones while relishing the imagined punishment those who fail to join will suffer.

Phil Collins parodied him in a music video of the song "Jesus He Knows Me" that's on the 1991 Genesis album We Can't Dance.

He graduated from Ambassador College.