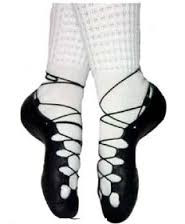 As income declines in the PCG and members are forced to send in more and more money as they mortgage homes, businesses and cash in retirement accounts, the church is dropping over a million dollars on a new facility so that the grandkids of Gerald Flurry and practice their Irish Dance and the Malones can have new offices.

EDMOND—The reverberations of percussion instruments can be heard on the campus of Herbert W. Armstrong College this week as metal erectors and other tradesmen finish constructing the exterior shell of the campus’s new music and dance building. The noises of drills, grinders, punches, cutting torches, arc welders and impact wrenches are sounding across campus as workers dry-in the structure in preparation for its next phases of construction.

Facilities manager Roger Brandon said that with the majority of the structural red iron and the exterior sheet metal in place, the focus of the project is the roof.

“Once that’s in place, then we can turn loose the interior trades,” he said. This process will include dozens of light-gauge metal framers, plumbers, electricians, flooring installers, heating and air conditioning mechanics, cabinetmakers, painters and other contractors building out 10,170 square feet across 17 rooms on the one-story, $1.15 million structure.

Mr. Brandon said the building will include three large spaces, including a lecture room for approximately 150 occupants that contains tiered seating and a raised stage. The space will be built to accommodate music classes, forums and assemblies, youth camp orientation and similar activities. An orchestra room will allow for music students to leave their larger instruments set up permanently, will contain a humidity-controlled instrument storage room, and will offer nearby access to two other rehearsal rooms plus the lecture room. A dance studio with a sprung floor similar to the one installed in the Barbara Flurry Memorial Hall will accommodate dancers with ballet bars, mirrors and built-in cabinets for costumes and other storage.

Turgeon dares to compare the cult compound school to those on the outside.  Of course money will flow in to minion the dance studio for the Flurry grand kids and to provide a n office for Malone.


Mr. Turgeon said the building will benefit grade school and college music students as well as adults and is a priority because “we have a strong emphasis in the Church on music and dance when such programs are being cut from many public schools, mostly due to lack of funding but also lack of appreciation for culture.” He said that it will also open up space at the memorial hall for possible additional classroom or student residential space.

pcg music director Ryan Malone, who will office in the new building, said it is important because it devotes more dedicated space to music classes and also consolidates the department’s activities so that instructors and students don’t have to meet in separate buildings. He said the result will be more flexible rehearsal schedules, less wear and tear on instruments, and a more efficient use of class time.

This is code for the higher brass of PCG keeping the unwashed masses from using the Armstrong auditorium stage and dressing rooms.  Just like  Pasadena, church members were not allowed dot use the facility other than to be begrudgingly let in on Friday nights and Saturdays.

Mr. Malone says the building’s name is the Dwight Armstrong Performing Arts Conservatory. Mr. Turgeon says the goal is to complete construction by mid-August if possible, in time for the academic school year. At that point, when the noises of construction fall silent, dance music, winds, strings and percussion instruments of a different kind will begin to play.

These same evil cult leaders do not care about other people's children or grandchildren, and force other lower-level PCG members to cut off all contact with their grandparents, parents, children, and grandchildren.

Hopefully Flurry will produce a deluxe picture book (like the 1969 Envoy that was almost mandatory for WCG members to purchase) that PCG members can buy and proudly display on their thrift-shop coffee tables for their neighbors and relatives to admire.

That's the only benefit that most PCG members will receive from this expenditure.

"Armageddon is now so near that you should mortgage your house and send us the money because you'll have no need for property, but far enough away that can use your money to build property for our grandchildren to inherit." - PCG

A few weeks ago before a sermon a bizarre international announcement from Stephen Flurry was read out to members. It was about his son Jude coming third in some stupid Irish dancing competition. I remember listening to it at the time and thinking what a load of crap, they must be getting desperate to justify this nonsense.

Then strangely enough a week or so later Gerald Flurry himself tried to work that same news about his grandson coming third place into his sermon. Up to that point in his message he had been clear and coherent, yet when he started talking about the Irish dancing competition and his grandson he clearly struggled to make his point. You wonder whether it was guilt that made him so self-conscious.

Sadly nepotism, music and dancing are a way of life in the PCG – you wonder whether some “new revelation” will be brought to light about Jude Flurry or Paris Turgeon having some divine office or commission to do Irish dancing before the world as a witness…….LOL

"A few weeks ago before a sermon a bizarre international announcement from Stephen Flurry was read out to members. It was about his son Jude coming third in some stupid Irish dancing competition."

***Problem about that situation... there were only three contestants!

If I understood correctly from my rapid skimming of Phineas Eleazar's tortured etymologies, all of that "Irish Dance" fixation is being nefariously planted by an evil regional director as part of his takeover bid. And here we just thought it was stupid. :)

Eleazar claims that Stephen is trying to take over now. He supposedly is writing Daddy out of the picture.

OMG!
What's next- The Dancing Church of God, with the phrase, "get jiggy with us"?

Maybe they can have a father-daughter dance, named after HWA with the person calling, "Swing your partner, left and right, Apostles' boners find daughters in flight. Slide that daughter to and fro, She ain't nuthin' but your personal ho!"

With Gerald Flurry getting frailer, lil Stevie probably is doing all he can hopes of getting the big seat. Not that he should worry much, COGs have a fine tradition of maniacal fathers handing off to their less-than-competent sons.

Are any of these older dudes getting closer to getting their medical marjuana cards? I'm convinced that it would actually be good therapy for Flurry, Pack, and Meredith. Some of the Looney Tunes and perrennial wannabes would probably do better on thorazine.

I find it kind of bizzare/funny that they're building a dance/music studio when they have said in the past that they're trying to expand the college.

Wouldn't it have been more beneficial to the church/college to make another set of dorms for the same price?

I thought the time is near. Based on PGC predictions on world events and the sign of the times why start building projects now - it's pointless isn't it?

Their saying is usually something along the lines of

"Work and Build like the world will never end"

Cognitive dissonance at its finest.

Um....The PCG can't even afford to light the balcony or chandeliers on Friday nights for BS! Mr. Turgeon made the announcement that they didn't realize how expensive it would be to run the Auditorium. Duh! Talk about "counting the cost".
The only time you'll ever see the chandeliers lit up is for a concert or performance, us lowly tithe payers aren't worthy enough! If you don't believe me, then just drive by HQs on any given Friday night during BS, and you'll just see darkness.