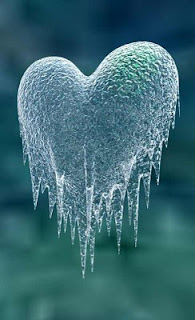 Bob Elijah Elisha Amos Thiel is still struggling financially and it seems to be a mystery to him as to why.  Why won't other COG members realize he is God's doubly blessed and self appointed apostle and prophet?  Why won't they send him their money?Because of his outright arrogance and self-righteous attitude of superiority people are immediately turned off by him.  By repelling peoples so quickly its a huge hit on his wallet.  Amos Thiel sets out to rectify that in the usual manner that Church of God leaders have always resorted to.  Blame the sinful backsliding members.


Many have had their love grow cold and will not properly support the work needed to fulfill Matthew 24:14

Amos Thiel trots out the incredibly boring booklet that Armstrong wrote decades ago, the Seven Laws of Success.  Amos Thiel claims that Church of God members fails miserably at Law #6...Perseverance.Everyone that is in the Church of God have become lawless and their love has waxed cold.  They are too weak to endure to the end.  Because they have not endured they will no longer tithe and send in money.

12 And because lawlessness will abound, the love of many will grow cold. 13 But he who endures to the end shall be saved. 14 And this gospel of the kingdom will be preached in all the world as a witness to all the nations, and then the end will come. (Matthew 24:12-14

The end is apparently coming quicker to Amos Thiel's empire than he expected.  It's not his fault though.  Its the COG brethren who are at a fault.  The blame game is what has kept the COG running for so many decades.

Wouldn't a prophet have fish with gold coins showing up , or Ravens bringing gifts to him? Paul seemed to do a pretty good job in the Gospel spreading message area without a whole lot of "mammon" to back him up.

Can anyone point out NT scripture that advocates tithing???

What is the psychology behind the way the Aimless Amos constantly uses the words "properly" and "improperly" his writings? Is the good Doctor battling OCD? Is he going to snap like a twig at some point when his improperly named enemies are vindicated and his properly double-blessed prophethood comes to nothing?

Well, if he survives the wet behind the ears stage, maybe he'll be able to brag some day about having had to eat beans during the early years. All part of the fake dossier of a self-proclaimed (wink) quasi-Biblical figure, as per HWA

Yeah, that's it. Your failure is due to other's lack of perseverance. Nothing to do with you.

Can Helpless Bob take responsibility for anything?

pps. Please don't get me wrong. I believe the NT doesn't oppose tithing, whether it be of income, increase or time. The NT just doesn't advocate it.
"Mat_6:21 For where your treasure is, there will your heart be also."

Matt. 23:23 Woe unto you, scribes and Pharisees, hypocrites! for ye pay tithe of mint and anise and cummin, and have omitted the weightier matters of the law, judgment, mercy, and faith: these ought ye to have done, and not to leave the other undone.

so, they shouldn't omit the weightier matters of the law, and neither should they omit tithing.

1) Since Jesus had not yet done His work on our behalf on the cross at Calvary, Matt. 23:23 depicts a time when the Old Covenant was still in effect.

2) Tithes were on agricultural increase, not on monetary increase. So, the Pharisees were correct in tithing on the increase from their little herb gardens.

"2) Tithes were on agricultural increase, not on monetary increase. So, the Pharisees were correct in tithing on the increase from their little herb gardens."

Hear, hear! And even that was abrogated in Hebrew ch.7.

8:13, you're right. The scribes and Pharisees were supposed to keep tithing, even if it was just on a bunch of herbs.

The Pharisees of Jesus' times were supposed to tithe ON their herbs.

The Pharisees of modern times were supposed to tithe TO Herb.

"8:13, you're right. The scribes and Pharisees were supposed to keep tithing, even if it was just on a bunch of herbs."

and so was anyone else who enjoyed "increase", that which was GIVEN (ie.unearned) by Yehovah as in "1Co_3:6 I have planted, Apollos watered; but God gave the increase."
Yet even that was finally abrogated by Hebrews 7, particularly vs: 18 "Heb 7:18 For there is verily a disannulling of the commandment going before for the weakness and unprofitableness thereof."

Bob is perceived as a Rod apostate. He should study marketing, and come up with a niche product in the religious super market. Sheep rustling ain't easy.

from Merriam-Webster:-
"Main Entry:se-man-tics
Pronunciation:si-*man-tiks
Function:noun plural but singular or plural in construction
Date:1893
1 : the study of meanings: a : the historical and psychological study and the classification of changes in the signification of words or forms viewed as factors in linguistic development...."