The Indecisive God of the Church of God 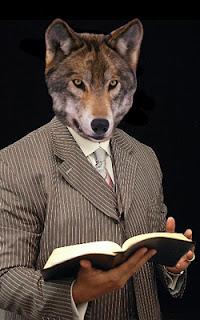 For eight decades now the Church of God has been bombarded by countless prophets. Each one proclaiming they have the inside track to the mind of their god.

Ron Weinland and Gerald Flurry were the first to strike out on their own with outlandish claims that their gods were only working directly with their organizations only.  Then Rod Meredith set out on his own making more outlandish claims.  From that apostasy came Dave Pack and Bob Elijah Elisha Amos Thiel.  These three guys have the best inside track into the mind of the god they claim to follow.

The problem with every single one of them, every single thing they have predicted, prophesied or speculated about has NEVER come to pass.  Dave has been an abject failure in the same league as Ron Weinland.  The only difference between these two liars is that one is a registered felon.

Never once has any of these men admitted they were wrong.  It's always their god that has to accommodate them.  Their god is the one always having to change or delay things.

On the False Prophet Ron Weinland blog, the following comment was made which sums up why Church of God prophets are never wrong.

It’s not Ronald Weinland that is wrong, it’s God changing His mind.

No, Ron couldn’t possibly be wrong, it’s God who is fickle minded, and can’t make up His mind.

Biblical "Prophecy" was never meant to extend very far into the future of the then currently living folk who were experiencing troubling times. No one writes prophecy for thousands of years into their "so how does this encourage me?" future. All prophecy is of the soon, time is short and the day is far spent perspective to be the carrot to encourage the faithful to keep on IN THEIR OWN TIMES AND CIRCUMSTANCES.

As previously stated, NT "prophecy fulfilled" of Jesus birth and death story seem so accurate hundreds if not thousands of years after predicted because they were written using the OT scriptures to flesh out a story that no one actually knew any real facts about or to create a noble and special story to counter scandalous charges . The OT was also badly taken out of context to do so.

The Book of Daniel was written about the soon and shortly of their times (160's BCE) and Revelation , an update on Daniel, was written for the soon and shortly of those times (70's and Fall of Jerusalem under Rome) Neither book is about our times and that is a very hard pill to swallow. Can it be read to seem like it is for our times as everyone the last 2000 years has done? Of course! But the fact is that they are not and their time is past. Both are ultimately failed prophecies as the hope they offered to those folk never came to pass and they lost the battle.

Today, one can read them as if written a few years ago to us. The COGs do it all the time and have made religious empires out of the practice based on fear, guilt and shame. But it's not prophecy become history but history made prophecy.

Flurry, Pack, Thiel and Meredith as well as all others of all prophetic and end times based ministries will live, deceive , falsely hope and die.

The author of 2 Peter 3:2 who was not Peter but a much later addition because the first generation Christians were dropping like flies with no promised Second Coming as promised by Paul and others earlier in the game,

"...that you should remember the words spoken beforehand by the holy prophets and the commandment of the Lord and Savior spoken by your apostles. 3 Know this first of all, that in the last days mockers will come with their mocking, following after their own lusts, 4 and saying, "Where is the promise of His coming? For ever since the fathers fell asleep, all continues just as it was from the beginning of creation."…

was wrong to criticise what was obvious to people. One writes this kind of thing not before it happens when you didn't expect you'd have to address the problem but after it is obvious "Houston, we have a problem."

The "mockers" and "scoffers" by their definition , who were really just stating the obvious, were correct in their observations. Rather than admit it, we get the standard "well God does not count time as you guys do and a day is not a human day but could be a thousands years for all you know." To that, one is supposed to say, "Oh yeah, you're right...It's all good again and true." But it is baloney and meant only to keep the faithful reaching for the carrot, sending it in and church leaders employed and in power.

As time went on, mainline churches dropped the whole "Jesus is coming soon" and opted for heaven for each Christian when they died, eliminating the stress of waiting on something that is not going to happen. Once heaven was introduced it created a whole set of new theological musings about both the Second Coming and those now in heaven spawning new doctrines and divisive theological ramblings.

All COG leaders are the walking dead....

SO MANY Christian churches teach about Biblical prophecy, and SO MANY of their acolytes get both a sense of closeness to God and an internal sense of specialness by way of their somewhat unwavering 'faith' that it must be all so so true.

Psychologically speaking, These people have a need to suck on(and get happiness from) these 'Christian lollipops'.

Is it right to take away their lollipops?

(I'd answer yes, kinda. It's not wrong to challenge their 'lollipops', and no one can really take away their lollipops if they want to hold on to them because of their psychological needs met by their lollipop suckage.)

I believe Christians should have a healthy respect for prophecy. But that is distinct from the terror religion or near terror religion used by many leaders to suppress natural resistance against mistreatment. How can a person 'enjoy your youth young man/woman,' if constantly told that 'on the authority of the living God' nuclear destruction is imminent.

Don't forget the Pharisee-in-Chief, James Malm and his rolling string of fail.

All the people who teach that 90% of prophecy is for today: 1) Claim to have the key to understanding it; 2) Use it to leverage their followers; and 3) Offer interpretations with a 100% failure rate. When will people learn?

It is about time that people admit that it has either all been fulfilled, or can't be understood, and just leave it alone and concentrate on the Golden Rule, Beatitudes, and Sermon in the Mount.

Of course god is indecisive. If he weren't, there would be no point in praying, now would there?

Somebody's bound to lobby the old guy--beg and plead and, if necessary, bribe him with tithes and offerings to change his plans. I mean, he is omniscient and all that. He can hold the entire cosmos in his hand as a four-dimensional object with its past, present and future spread out just like its physical dimensions, all there at once. So he knows in advance how everything turns out. Fortunately, he is also omnipotent, so if he changes his mind, he can change reality. If somebody can persuade him to alter the way the future turns out, all he has to do is tweak the adjustments, and voila! It turns out different. Consummatum est. At least until someone else prays more persuasively and convinces him to make another tweak.

It stands to reason he can also change the past, since all parts of the four-dimensional cosmic mechanism are subject to his omniscient review and his unlimited power of adjustment. Therefore, if somebody prays to god to change the past and he does it, everything we all remember today has replaced the history we knew about yesterday, and may get replaced tomorrow. Yet because we mortals are locked into one continuously moving point on the dimension of time--the present--we never notice the changes. It still seems to us that we are rushing along from a fixed singular past into a future full of options, only one of which will become present reality and fade into a fixed singular past.

Has anyone else noticed that the people who pray the most, and especially those that need to have an audience, tend to have dreadful listening skills?