Wade Cox: If You Do Not Keep The Sabbath You Are An Ape 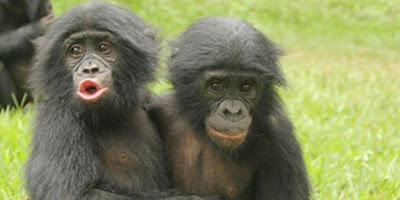 
Those periods come to an end from the arrival of the Witnesses. The people in them will be brought to repentance and brought into the body of Christ from the periods of the Witnesses, and from the First Resurrection of the Dead, as either spiritual or physical beings. The choice will be theirs alone and the reward theirs alone due to their own errors and choices.

The conversion of Judah is accomplished under the witnesses and from that time no person can enter the First Resurrection. It will be too late.

Satan will be bound and placed in the bottomless pit for the Millennium from the return of the Messiah.

By 2025 the entire world will be in the process of final subjugation for placement in its inheritance and the places in which it needs to be in order to prepare for the millennial system.

In 2026 the last Sabbath Year of this age occurs.

In 2027 the jubilee is blown and the new system takes its place and begins to prepare its own harvests from Atonement.

In 2028 the Millennium commences from the New Moon of Abib, which is the New Year.

From this date there will be no harvests and no rain in due season for those who do not keep the Laws of God and send their representatives to Jerusalem for the Feast of Tabernacles (Zech. 14:16-21).

It is of great interest that the religious systems of this world do not have any idea of the time frames under which they work and take no action to identify and restore the Laws of God and the Sacred Calendar (see the paper God’s Calendar (No. 156)).

Everyone in the world will be given the opportunity to repent and to take his/her place in the Kingdom of God. Not many people will achieve the First Resurrection in the Last Days.

Most will fail because they simply will not repent of the traditions of men. Hadithic Islam will fail miserably unless it repents and is baptised. As the Koran says if you do not keep the Sabbath of the Lord you are an ape (see Sabbath in the Qur’an (No. 274); Christ in the Koran (No. 163); The Koran on the Bible, the Law and the Covenant (No. 83) and the Hebrew and Islamic Calendar Reconciled (No. 53)).

All the three main systems of Islam, Judaism and Christianity will become things of the past. They will be part of a bygone age and brought to remembrance no more, along with the people who represented them. Those people will all be in the Second Resurrection at the end of the millennial system.

Well, the Koran is right. I do not keep the Sabbath, and I am an ape, just not the same species as in the illustration. Those are bonobos (Pan paniscus). I am a human (Homo sapiens). Bonobos, along with chimpanzees (Pan troglodytes), are closer kin to humans than any of us are to the other great apes, the gorillas and orangutans.

Thing of it is, people who do keep the Sabbath are apes too, just like me. Although Wade Cox is sure that members of our species who keep the Sabbath will have a better shot at the resurrection than bonobos or chimpanzees, we must also be aware that those apes are immune to the threat of the Lake of Fire, and we are not. Is the tradeoff worth it?

Suggesting that Armstrongists are Druids is a joke.

With this guy, though, how can we be sure.

"Hadithic Islam will fail miserably unless it repents and is baptised. As the Koran says if you do not keep the Sabbath of the Lord you are an ape."

So, OTOH, Wade says if you're a muslim, you fail, because you guessed, but, since you weren't given sufficient information, when you guessed, you guessed wrong.

As opposed to culty Armstrongist christians, who weren't given any better information, but just by blind chance, happened to hit the theological jackpot and guessed right just by dumb luck? Like any other lottery, it was bound to happen to someone. And it couldn't have happened to a nicer set of people!

But OTOH, when the qur'an says that people who do not keep the sabbath of allah (Friday, actually), Cox says you're an ape, because the qur'an says so, and the qur'an actually does have some authority after all? How confusing! Aand does Wade think people need to observe a Friday or Saturday sabbath in order to not be an ape?

Even more confusing, is Wade saying that he thinks behavior can cause an individual's biology to evolve from one species into another overnight? Interesting. And here I thought he didn't lend credence to evolution.

Technically, all humans are already apes anyway, because we're all Hominidae. However, not all Hominids are Hominins—apes that walk upright.

And what did the poor apes ever do to deserve being apes? And if they start worshiping allah on Fridays, does he think they'll instantly evolve into Hominins? Oh, wait, that's what the muslims do. Ugh! It's too hard to try to figure out what Wade really wants us to believe.

As Inspector Callahan would have said, A COGleader's got to know his limitations...

I just hope that the smart apes can successfully launch the JWST by 2019. I would love to see the first light from the first stars before I check out.

There seems to be some confusion here, so let's clarify a couple things.

First of all, Wade Cox has claimed on his website (which should actually be owned by the Canadian Coast Guard, but he got there first), that the Koran is equal to the epistles of the apostles (in authority). We should have no argument there, since the epistles of the apostles are mostly forged and myths anyway, and so is the Koran. It starts out all flowery, but before you know it, it's DEATH TO THE INFIDEL! And consider that Mohammed didn't even write it -- it was written 150 years later by some of his followers (and we know how word of mouth is, especially those of us who have played that game 'gossip'). So there it is. One point of confusion (but not contention) resolved. Koran = Epistles of the Apostles. End of argument.

Now then, on to whether our illustrious Mr. Cox is saying that we should consider the Muslim Sabbath on Friday or the Sabbatarian Sabbath the real Sabbath. It's simple. Wade Cox is on the other side of the International Date Line. That way, our Friday is his Saturday! So he has the best of both worlds and can keep the Sabbath on one day, because, as we all know, the International Date Line will be just east of Jerusalem so the world Sabbath begins there! The Arabs will be the last to keep the Sabbath, instead of being among the first on Friday. In that way, in the millennium, the Arabs will be left behind (reference the series by Tim LaHaye, Jerry B. Jenkins and starring Kirk Cameron). Our illustrious Mr. Cox keeps two Sabbaths each week on the same day, thanks to the International Date Line. Brilliant!

So Wade Cox really is quite brilliant: He gets to reconcile the Bible and the Koran and the Sabbath on Friday and Saturday.

Next time we'll consider the issue that Cox only has a couple of dozen followers left at best worldwide and not hundreds as stated previously. And his income from the ccg money machine engine provided about $100,000 a year around the 2004 period (U.S. dollars, I think -- but you know with exchange rates for Canadian and Australian dollars, the issue isn't that simple). It helped contribute to his side business where he bought and sold crucifixes (we have pictures of him on his European tour) and such and supplement his military pension + disability. A minister of his told me back in 2004, that his church 'helped' to provide funds to help him build his house, so he's fine financially if you were worried.

Cox himself has gone "Ape Shit", so who is he to label anyone??

We're beginning to see even more of the classic cultic behavior patterns amongst some of these groups, such as exceptionally nutty beliefs that outsiders cannot even begin to understand why participants would choose to believe, let alone wanting to waste time investigating the sources, derivations, and implications. There are people who have been driven into seceding from reality and into their own little group think worlds where words have different meanings that only insiders understand.

"Normal" people (whatever that actually means), would actually be repulsed by teachers and beliefs such as these. Some of the less extreme Armstrong groups have members and leaders who appear to be "nice guys", normal, everyday, salt of the earth people who put a somewhat positive face on the group. We are witnessing a departure from that. The targets, members who are rapidly aging, who have invested their lives in the belief that they were on an event horizon, are now becoming desperate as the event (the end) continues not to happen. For them, this has become the philosophical or spiritual equivalent to a Bernie Madoff type making the entire fruits of their lifetimes suddenly vanish. We've known that this sort of radicalization was inevitable, from history, and simple plotting of the graphs, graphs in which the plotted coordinates intersect at a point known as "Jonestown".

The solution is simple. Acknowledge obvious failure. Modify your behavior accordingly. They don't. They become increasingly more irrational, their verbosity more intense and confusing. Frog-like insistance that their leaders are quasi-Biblical characters who know the real truth is doing nothing to resolve an intensifying set of problems which have been totally fabricated by their leaders.

In the end, cognitive dissonance is always resolved. The only question is, does it become resolved before it results in one of the possible solutions: insanity.