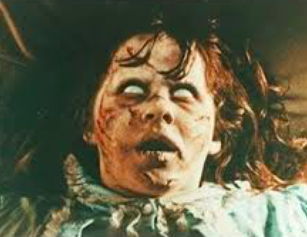 Dave story of the time he was in the Cincinnati WCG that was to prepare him for future encounters with demonic forces:

Mr. Pack experienced in Cincinnati the first installment of what would be another unique training opportunity that most young ministers seldom faced: confronting the frightening reality of the spirit world and demonic possession.
One day while visiting with Mr. Reyer, the pastor was leading a counseling session with a married woman, whose four young daughters were playing quietly in a nearby room.
At a certain moment in the visit, Mr. Reyer saw something strange in the look on her face. His assistant, inexperienced in such matters, listened intently, not discerning anything out of the ordinary.
Suddenly, the pastor looked the woman in the eyes and declared, “You’re a spirit, aren’t you? You are a foul, unclean spirit!”
Her demeanor changed instantly—she snarled at the men like a wild dog bearing its fangs, her 10 fingernails literally raised and pointing toward Mr. Reyer.
He said, “We have to leave right now. We need to go home and fast about this.”
Mr. Pack left the house in disbelief.
The pastor called Mr. Frank McCrady, the minister from Chicago who had trained him years earlier. This man was generally recognized among the ministry as the one with the most years of experience and most discernment with people troubled by demons. From these two trained and experienced men, Mr. Pack learned firsthand about dealing with the spirit world, lessons and experience that would be important training for his later ministry.
Several days after their encounter, Mr. Reyer and Mr. Pack met with the troubled husband and wife in the living room of the Packs’ home on the north side of Cincinnati. Just before Mr. Reyer commanded the spirit to stop troubling the woman, she began a high-pitched shriek that Mr. Pack described as “a screaming hawk diving on prey.”
Moments later, she shot up from her chair and seized her husband, locking her fingers around his throat in a death grip while taking him to the floor. Mr. Reyer grabbed one of her arms and Mr. Pack the other. At 6’3,” the pastor was a powerful man. Both he and the younger minister were in top physical condition—yet they struggled with the small woman.
While pulling the woman off her husband, Mr. Reyer had commanded, “In the name of Jesus Christ, come out!”
The evil spirit obeyed Christ’s authority immediately, and departed from the woman—and only then were these two strong men able to now easily lift her fingers from her husband’s throat.
She immediately dropped to the carpet as if dead. The men stared as she slowly started to move. As Mr. Reyer lifted her up, she said, “Oh, thank you so much.”
“How long has that spirit been in you?” he asked.
“Since I was seven years old.”
Mr. Pack stood amazed at the event he had just witnessed. This was a ministry-changing experience. The reality of the power and evil of the spirit world was forever seared into his mind. This training would be needed in the future.

An interesting Dave Potter account. Dave and his writers are such good story tellers.

Personally I don't buy it. Frank McCrady was not the most balanced pencil in the box either and had an arrogance that followed him wherever he went. .

Frankly, I think the woman just found out about 3rd tithe. I do agree Frank "The Zealot" McCrady was a tool.

Too late man!
I just acquired the rights to this story.
Movie will be released 2021.
I will be needing extra's for casting.........

Are you ugly or capable of outrageous bodily motions???

Then get in contact through the monitor (in the other realm).

Screenwriters are advising me to change the script from a massage therapist visited by former colleagues to a psychiatrist. But I am not sure...that has been done before and I need another angle to get "the widest audience possible".

Comment regarding Dave Pack the Exocist said: "...The reality of the power and evil of the spirit world was forever seared into his mind..."

Dave Pack is virtually all SELF with his boastings, and Dave still does not understand the reality/evil of the spirit world:

"But now ye rejoice in your boastings: all such rejoicing is evil." James 4:16

Dave also obviously demonstrates some of the following traits to all he strives to impress:

Romans 1:28 And even as they did not like to retain God in their knowledge, God gave them over to a reprobate mind, to do those things which are not convenient;
29 Being filled with all unrighteousness, fornication, wickedness, covetousness, maliciousness; full of envy, murder, debate, deceit, malignity; whisperers,
30 Backbiters, haters of God, despiteful, proud, boasters, inventors of evil things, disobedient to parents,
31 Without understanding, covenantbreakers, without natural affection, implacable, unmerciful:

Sin, envy, lust, boastings are not very good traits to possess, and I doubt that Dave Pack the Exocist can exocist those character traits, but time will tell...