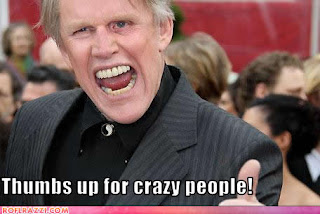 The Protestant world "stole" from the WWCG the truth about Daniel and Revelation, especially Mr. Armstrong's knowledge about the EU being the 10 nations mentioned.
Even with this "knowledge" they are not part of Gods true church.

I doubt this website is by anyone who is a member in good standing of the Church of God.

If they are a former member, they are way way off track on some important things.

the questions that are being asked is in regards to the authority of God`s Apostle, Mr. Armstrong in regards to D&R. He was under the inspiration and authority of Jesus Christ  in his decisions and to question those decisions is to question Christ Himself!!  It is apparent that the original teachings regarding D&R as well as the day that was being observed in regard to Pentecost were in error and God caused His Apostle to correct them before Mr. Armstrong`s death. There was no one more knowledgeable about the many scriptures than was Mr. Armstrong, and there should be no doubt that with any important decisions that he made regarding doctrine for the Church was after praying for God`s guidance on the matter, realizing that the entire Church would be involved with those decisions!

I will go one step further to state that anyone who sets themselves up to judge God`s Apostle, Mr. Armstrong, is on very serious ground and must *STOP*!!


why do you beat HWA over the head with 1975 in Prophecy? In the first place, everybody wrote about 1975. There was Famine: 1975. We were all supposed to be flying helicopters, walking on moving sidewalks, etc. etc. etc., according to my schoolteachers. 1975 was adopted by the church as a possible date, to their great regret, because for some reason, it was a marker, just like 2012 now is. Over and over, the ministers would give sermons stating 1975, but then they would say, Don't set your heart on the place of safety, and this is not set in stone... A lot of folks left the church because they were certain 1975 was the time to flee, altho it turned out to be the date for something else. :p


Mr. Armstrong was the end time Elijah.. BUT he was not INFALLIBLE! We follow GOD not man.. HWA was called to do a marvelous work and he did it well.. He gave us truth and God used him to open our eyes to PROVE all thing..We follow him as he followed Christ and this is the whole point...He wasnt perfect, I am not perfect, none of us are but we are to grow in grace and knowledge..Many I believe actaully worship HWA, and follow him totally and with out question. He said "Dont believe me believe the bible and thank God he did because HWA knew he was only a man and capable of error...I believe he did not totally understand all things but gave us the capability to search and he gave us enough about the sabbath to dig in and prove the scripture..He had alot in his head, given by God and he passed it to us but he sinned. Its not a derogatory remark to him at all to say this..but to do away with scripture as those i posted and say they dont exist is dangerous..The sabbath is the only sign that we are HIS people..I pray to God people dont misunderstand what I am saying because I am not suggesting to question everything he taught us but to prove it and I have proven HWA was sent by God to deliver the message of the kingdom of God and to restore truths lost to the world..I did not say anyone would go into tribulation for sabbath breaking and I am not judging anyone.., this could well be the a test for us all to see who will obey God and who will not..Ask yourself about infallibilty, the pope claims he is and the world follows him blindly believing every word he says but HWA knew he was not..think about it 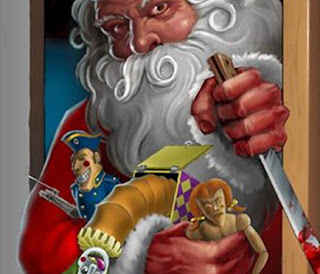 When Santa comes down the chimney singing "Noel, Noel, beware because his mask might fall off, and underneath, there is a roaring lion, which is also spelled leon, noel spelled backwards, Satan, or Santa comes across as a beautiful angel of light, hence the beauty of the beast.

Every year we read about the drunkeness at the xmas parties, we also read in the
newspapers about the fact that xmas and Newyears originates with the old pagan
Roman-Babylonian Saturnalia festivals, also the Festivals of lights of the Germanic Peoples, where they would build great bonfires and seek for the Sungod to return.


Is it a sin to contribute to serving the "least of these" via the Salvation Army kettles? 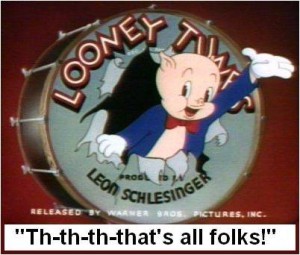 Email ThisBlogThis!Share to TwitterShare to FacebookShare to Pinterest
Labels: Armstrongism, crazy people in the Church of God, worshiping HWA

So many others claimed to be an Apostle -- just how could anyone determine who is an apostle and who isn't given all the claims everyone seems to be making (like Harold Camping, for example) -- particularly when Herbert Armstrong was a proven false prophet.

Many people wrote about 1975 this or that, but Herbert Armstrong's version made outrageous claims as though they were the truth and signed so many of his letters bearing false prophecies "in Jesus' Name" thereby committing blasphemy. Go back and reread "1975 in Prophecy" and if you aren't terribly embarrassed by what you read, there is something terribly wrong with you.

My name spelled backwards is arabarb. I think that relates to a Tahitian deity of fire and milkshakes but I am not sure. I do know that it makes me hungry and hot just to hear my name spoken!

Leon the lion????? That is just as stupid as saying Satan = satan.

I am so glad i left this crap years ago!

People wonder why their churches are not growing. Why would anyone want to join a church that has so many idiotic people in it?

What??? Not infallible??? And you call yourself an Armstrongite??? Oh, wait, that's what we call you. But anyway, no self respecting Armstrongite would really say such a thing would he?

Yeah, but Popular Mechanics never finished their articles by claiming the authority of Jesus Christ, as did HWA.

The sad thing is that the people who have written all of these things actually sincerely believe them.

At least in mainstream Christianity, people are not subject to any harm as a result of their beliefs. Armstrongism has a history just littered with ruined lives. It's a defective product composed of every fringe heresy known to the church in its 2,000 year history.

"At least in mainstream Christianity, people are not subject to any harm as a result of their beliefs."

Really? Expecting the rapture and thus neglecting to do something meaningful with and for your life does no harm? Creationism doesn't make a fact denying, progress fighting imbecile out of people?
Antiquated, catholic-based moral stances like so-called right to life and homo phobia doesn't make progress stifling fanatics out of people? Fundamentalist loaded school boards don't destroy meaningful education?

C'mon, BB, get your head out of the clouds and stop looking for a Jesus there. He aint comin'.