Bible Sabbath Association UK Founder Says "There is now a laser beam on me, with voices coming from the sky,..." 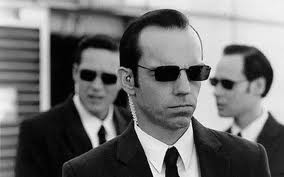 Yesterday he contacted me with the following information about the continued harassment he is receiving from the UK government.  Given the recent exposure of the spying scandal here in the US by the government, this may not be as far fetched as it sounds.

Here is what he wrote: 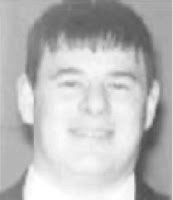 A short article followed by my story is in the
Do Not Call it Kosher article
The people now use a laser beam and send me voices daily, they were convinced I was a candidate for one of the Two Witnesses based on my numerical chart where the number 10 would keep turning up, and my name adding up to 1947, the year Israel was created.
Regards
Robert

UPDATE:
There is now a laser beam on me, with voices coming from the sky, then voices to the skull with a litany of abuse having to endure on a daily basis, for two months enduring death threats. This started soon after studying the occult and secret societies for research purposes, visiting occult bookstores (for research). The voices and laser beam came soon after studying occult knowledge. There are also "microwaves" -- it is satellite surveillance which is covered by Dr Robert Duncan in his book: Project Soul Catcher.

It is satellite surveillance. The US and UK governments have secret programmes which use mind control against their own people. The US, has 2000 mind control projects, the UK has 70. They use technology originally created by the Russians, and further developed by the United States, to monitor, track, harass and torture people around the world. People are secretly put into programmes against their will. They use satellite surveillance which uses laser beams, microwaves, software capable of reading human minds through EEG brain mapping. They read electric impulses of the brain and convert it to thought and sound. The software so fantastically wicked, they can hack into human minds and bodies, with the eyes and hears turning into cameras and microphones. Voices, can be placed into people's head through voice to skull technology sending people mentally insane. So, sophisticated are these weapons, they can induce heart attacks, strokes, cause depression and many other medical problems.

The Satellite Surveillance
For over 3 months or more, I have been followed by laser beams, began hearing voices from the sky, receiving threats on a daily basis, to name but some of the nightmare. The people doing this believed I was one of the Two Witnesses, but quickly labelled me the Antichrist. The electrics starting blowing out in the car, the computer can be hacked into without internet access, they can remotely hack into the CCTV camera, and hack into the tape recorder if they want to prevent me listening to a tape.


You can read more of Robert's ordeal and other writings here:  Bible Sabbath Association UK

Sounds like he has entirely lost it. Its madness all around. People are losing the ability to think rationally.

A relative of mine who used to work in the ER, mentioned to me that many of the people they see, seem to be totally lost in space. Many of these are young parents that demonstrate a total lack of common sense.

Things got so bad that he transferred to another section of the hospital.

Well, from an epistemological point of view, it sounds pretty damned far-fetched.

How does he know:
1) so much about what "they" were convinced of and believed about him? And why are their "suspicions" about him faith-based, such as "the Antichrist," and not secular in nature, such as being a suspected terrorist? Who's doing the spying here again? Sounds like he's the one spying on the "government."
2) that there is a "laser beam" and "microwaves" being used against him, and not other potential forms of energy and electromagnetic wavelengths? How does he know it's specifically microwaves and not radio waves?
3) that it is indeed "satellite surveillance" and not some other type of surveillance, such as the bugging of his flat and the monitoring of his phone calls?
4) about so much "secret" stuff, such as these "programmes" and "software"?

Satellite time is enormously expensive. In addition energy sources such as beams of laser or microwave radiation are not good candidates for satellite instruments, because satellite's power supplies are limited. This would mean a big team of "government" operatives focused on him. In order for the "government" to devote so many resources to one man, he would have to be extremely "important." The total number of persons the "government" could track and harass in this way would be few. No government would devote such resources to someone that anyone thought could be "one of the two witnesses" or the "Antichrist." Moreover, if he really were afraid of such tripe, would he really be blogging about it? If it were true, would he be allowed to blog about it by the "government"?

Very difficult to tell what is really going on here. Regardless as to the source, it's got to be terrifying for Robert. We all probably recall reports about some confluence of accidents making it so that some poor guy was receiving the signals from a local radio station on the fillings of his teeth. Given technology and man's inhumanity to man, anything is possible.

While this guy gets his mind controlled by really cool HIGH TECH devices like laser beams and the like, I have my mind being controlled by crystal radio sets and "A.M. Radio Signals" , sometimes even in Morse Code!

I demand equal and not separate electronic persecution from the government ! No more "back of the bus" persecution and mind control for me! I DEMAND EQUALITY!

Symtomatic of Schizophrenia andhe looks to be about the right age. It usually hits between college age and 30. The voices are real and are not that of the one who suffers it. They are most of the time negative and accusatory but a malfunction of the speech processing areas in the brain.

Others feel it is a throwback to the Bi Cameral mind humans had when they heard the voices of the gods and the kings in their heads before humans became more independent and self examining. Long story. Fascinating. It explains a lot about the OT and religion in general.

Dennis good explanation. I was starting to think that he was a relative of Pack.

That is all we need. Another Pack. I hope this guy (Dave Pack) doesn't have any children, for if he does, they must be sorely twisted.

He should probably study Ayn Rand.

Summer is upon us, with it comes the heat speeding up the meltdown.

We should log the meltdowns by date to track them.

It could be fun!