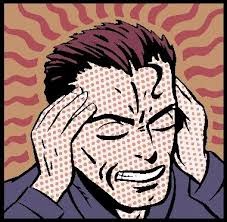 Robert Taylor has put the Bible Sabbath Association UK web site back up.  He has been incognito for the last couple of years because the UK government, Israelis agents, and the Jesuits have been using satellites to pick his brain clean and to monitor him.

Here are some of the things used upon him by the UK government:

A person is given a signature that is locked onto the satellite.

“Once the target is a “signature”, he can almost never escape a satellite’s probing eyes. (As an article in Science explained, “tiny computers ... check the incoming signals with computerized images, or ‘signatures’, of what the target should “like.”) As long as his tormenter or tormentors--those with the resources to hire a satellite--desire, the victim will be subject to continuous scrutiny. His movements will be known, his conversations heard, his thoughts picked clean, and his whole life subjected to bogus moralizing, should his tormentor diabolically use the information gained. A sadist could harass his target with sound bites, or audio messages, directly broadcast into his room; with physical assault with a laser; with subliminal audio messages that disturb his sleep or manipulate persons around him into saying something that emotionally distresses him; with lasers that turn off street lights as he approaches them; with tampering with lamps so that they burn out when he hit’s the switch; and in general with the knowledge gained through omniscient eyes and ears of satellites. In short, a person with access to satellite technology could make his victim’s life a living nightmare, a living hell.”

Eyes Not Your Own


It is also believed the laser beam from the satellite surveillance can turn our eyes into a camera and can convert our thoughts to an  audible voice so those behind the beam can see and hear everything. This allows access to personal information which would otherwise not be available.

The surveillance used in my situation included the use of  microwaves, a laser beam, sending unusual smells, sending cartoons, subliminal messages, and hacking into the body.

Few would believe the experiences that I have encountered in the last few months. Most assume craziness, or think that my behaviour resembles mental illness, the psychiatrist thought so, and gave me a prescription for mental illness It happened one evening, I noticed when pointing my camera at the lights a purple/blue beam came from the heat source and onto my person. The laser beam is sometimes described as a “particle beam” and is used for satellite surveillance.

The laser beam would follow me wherever I went, even outside, during the day or night. It was unusual, believing it to be sent by “God” at the time. Outside the beam of light went through the sun, and onto me. It must have been the oil, I thought, it claimed to be powerful.

No sooner had the laser beam been discovered, a few weeks later, which would have been after Passover 2013, voices began to appear. These were men and women who would be talking about me, and followed me wherever I went. The voices sounded like they came from microphones into a speaker, they were powerful voices, but, only I could hear them.

The people behind the beam believed I was one of the Two Witnesses or Antichrist, and this was broadcast out on the loudspeaker for the neighbours to hear, they included many other allegations.

-------------
One day, a strong energy field came over the whole body, which felt just like going through chemotherapy. The energy field went across the body from the bottom to the top, just like going for X-Rays in a machine. There was pain in the brain, that I was convinced half of my brain was destroyed and was living on half a brain. At the same time, at night, I went into some type of trance, where gibberish would be coming out of my mind. The voices expected this night after night, and told people not to worry about it. The craziest nonsense came out of my head, there was no coherent structure in my thoughts at all.

Following this, electromagnetic energy/microwaves where being beamed down so strong that I had to turn off the electricity supply on two occasions. Shouts from the neighbours said to turn off the power supply, the energy beam was going to kill them. To save the neighbourhood, I had to turn off the electricity. The power was very strong and overwhelming, but putting my head in the microwave oven proven ineffective. Sheltering under the stairs was of little help, nor was trying to put on silver foil. Whatever it was, it made the head very sore and could easily push people over the edge of insanity.

The voices must be computer voices since you hear the same people 24 hours a day, 7 days a week. They never go home, as you would expect, but there must be a controller behind the computer screen. They put subliminal messages in the tape recorder, so when listening to music, there would an underlining message the subconscious is receiving or being programmed with. They do not respect the religious customs or observances of the people they watch. The Sabbath is a time of ridicule, and Pentecost could not be observed due to the threats I was receiving. Often, they will use ridicule, or have debates with the person convincing them that they are irreligious or do not have any knowledge of any subject matter. The situation becomes one of psychological control and mind manipulation over another person.

These voices claimed to be members of the Golden Dawn, the Jesuits, Police and Israel. The voices would change with various accents. Israeli accents were used convincing me I was listening to someone important, which I thought to be Shimon Peres.

The Israeli voices believed that I was Jesus’ last offspring on the earth and needed to be taught a lesson in humility. They were going to rescue me in the night whilst the Golden Dawn were secretly plotting to send me to South Africa. The Israelis were going to put me on a plane to ship me off to some Arab country to face beheadings from the Islamic terrorists. But since I was one of the Two Witnesses, I would naturally escape by calling fire down from heaven. The script kept changing as you would expect. My family were going to South Africa without me, and I would end up in an Israeli detention centre where the most brutal torture would be melted out on Jesus’ son. The torture so severe, the eyes would water just thinking about it, with cold chills rolling down the spine and teeth gnashing as in the last day of judgment.

The Golden Dawn would then make an appearance, working with the police, on child abuse allegations against members of the family. We have been watching you from birth, claimed the Golden Dawn, from your time in South Africa until now. They claimed to have tried to kill me off at various times but could never get close enough until now. They claimed that my salvation had been lost when studying into the occult.

They appeared to know a lot about the Worldwide Church of God, believing it to be the only true Christian group.

They said they would cancel my passports, hack into my computer and email accounts, suspend my driving license, block telephone numbers of church members, cancel bank cards and put me on fraud charges to name but a few. It later got more sinister accusing me of child abduction, impersonating police officers, murder, terrorism and a host of other allegations. They also seem able to disable people by various frequencies they use, mostly, in the evening, the pain can be indescribable in the head. Lying on the bed gives some relief.

The technology is very advanced, one occasion I tried to play a sermon tape of Herbert W Armstrong, but the tape player would not press play. The voices said that Shaun did not want to listen to Herbert Armstrong, but after three hours, he changed his mind allowing me to hear the sermon.

There is MUCH, MUCH more here:  Do Not Call It Kosher

Aluminum foil prices have dropped over the last year. Now is the time to load on your foil, so that you too can be protected by making your own "tin foil hat" to protect your brain and soul from the evil microwaves.

Instructive YOU TUBE on how to make your own protective Tin Foil hat at home (no need to order one from the "home office" do it yourself!)...

The man has a brain tumor. He knows about chemotherapy somehow. Did he go through it once? Did some minster give him a prayer cloth and told him he was healed?

He needs to get on the meds. While waiting for the appoinment he might want to try several thousand IU's of fish oil. This might calm the voices until the meds kick in.

Sssshhhhsssss! Be vewy quiet! You might make some folks who are still dealing with pain and anger to wish such events on their oppressors, the ones who supposedly put curses on one another, and forecast violent or fiery deaths.....

This man is obviously suffering some form of mental illness. It sounds like some form of schizophrenia to me.

Let me quote from this Wikipedia article describing a medical article written in 1919, "On the Origin of the "Influencing Machine" in Schizophrenia", describing patients who went through the very same thing.

"The paper describes Tausk's observations and psychoanalytic interpretation of a type of paranoid delusion that occurs in patients diagnosed with schizophrenia. The delusion often involves their being influenced by a 'diabolical machine', just outside the technical understanding of the victim, that influences them from afar. It was typically believed to be operated by a group of people who were persecuting the individual, whom Tausk suggested were "to the best of my knowledge, almost exclusively of the male sex" and the persecutors, "predominantly physicians by whom the patient has been treated".

"These delusions are known in contemporary psychiatry as 'passivity delusions' or 'passivity phenomena' and are listed among Kurt Schneider's 'first rank' symptoms which are thought to be particularly diagnostic of schizophrenia, and still form some of the core diagnostic criteria."

This man is mentally ill and he really needs to seek and follow medical advice.

My aunt was married for a time to a man with these kinds of mental problems. Someone was always after him. He was found dead in his old age barricaded in a room with aluminum foil covering all walls and windows. Sad. Another reason I can't believe in a loving creator god who made such a "perfect" creation.