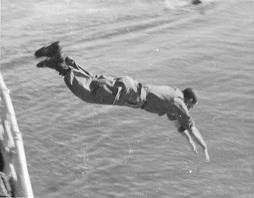 In late 2013 David Hulme's little group had a major split with a large number of members breaking off to form the Church of God – A Family Community or The Father's Call.  These men all thought they were all unified under Brian Orchard when they had their first church conference around the first of the year.  They at least pretended to put on a unified front.  Brian Orchard admits below that they were not unified. Like all good things in Armstrongism, it did not last.  Power plays are never pretty and those who jump first tend to get burned the fastest

Steve Elliot, Peter Nathan and Ted Budge have now defected to other Church of God's

Many are already aware that Mr. & Mrs. Stephen Elliott and Mr. & Mrs. Bob Rodzaj are joining the Nathans in moving to Living Church of God. Mr. and Mrs. Ted Budge have opted to return to the United Church of God. This is a difficult development and admittedly it disappoints my expectations.

That acknowledged, a change of plans is an opportunity to seek God’s will rather than our own. We prayed and fasted as a group, and here we are. Let’s trust that God will reveal His purpose.

It is apparent that the ministry came away from our January conference with two different mind sets. We thought we were of the one mind as we agreed on a purpose and goals statement but it is now clear that we were processing different meanings to the words and statements released. I don’t believe any of this was intentional – we just did not recognize the different understandings that existed. I am trying with my limited abilities to provide a clear path forward and to reassure those of you who do not want to join other existing organizations. What we set out to do is not dead. But we clearly have much work to do to reconcile ourselves to God and to be unified in our understanding of His will.

The following paragraph translates to:  "Please don't be hasty and jump ship too and take your money with you!  How will be be able to pay for our lifestyle if you do?  We are God's most loyal men even through we worked diligently (to get our paychecks) for Joseph Tkach Sr disfellowshipping hundreds and hundreds of WCG members before we had the balls to do anything about it."


Certainly, let’s not vilify anyone for the decisions they prayerfully come to. Please do not feel under pressure to make hasty decisions about your future or feel critical about others having interaction with other COG groups. Loyalty is to Christ, who is head of the Church, and no other. We are instructed to leave all to follow Him.

I do not plan to join any of the existing COG groups in the foreseeable future. The other remaining members of the interim advisory board (Steve Andrews, Cliff Veal, Marshall Stiver and Bill Hutchison) assure me they feel the same way. As such, we intend to continue with the support of our other fine elders. The ministers who are leaving us have decided not to attend the conference this coming Sunday. They felt their presence would not be helpful to us at this time and I respect their decision. Accordingly, we will focus on who we are and where we are going. We will review our goals and purposes as developed during the January conference and from there look at ways we can move forward with some organized effort in shepherding the flock and preaching the gospel.

Please don’t be over burdened by these challenges. God will care for us. In many respects, these outcomes may ultimately facilitate bridges between God’s scattered people. We need to be the people God wants us to be and let Him use us to implement His will.

The rats are all heading to groups that have large incomes so they can continue to get paid. Pathetic!

By the way, I see you scooped James Malm and Bob Thiel on this on! Poor losers!

How come every time I hear or read ”Living Church of God", I hear t:his echoing voice from Revelation 3-- "..thou hast a name that thou livest, and art dead.." :-) kind of a dark, deep voice really...

I feel sorry for the members of COG-AIC who resisted Hulme's tyranny and defected to this splinter group, only to see it further splinter among itself.

I despair for those ministers who left for LCG. What darkness they throw themselves into. I only hope not too many former Hulmites follow this bad example. LCG will fail them.

NO2HWA said, "We are God's most loyal men even through we worked diligently (to get our paychecks) for Joseph Tkach Sr disfellowshipping hundreds and hundreds of WCG members before we had the balls to do anything about it."

MY COMMENT - Essentially, as I have put the words into little Joey Tkach's mouth, "It was like stealing candy from a baby!"

Given my knowledge of the Worldwide Church of God history, it still amazes me that NO ONE HAD THE BALLS to stand up to the Tkaches and fight for the Church's assets and belief system even though they preached it for decades.

Why do these idiots think God has any use for them to re-invent the WCG when they didn't have the balls to fight for the Church assets?

Bad omen for pastor returns this Spring for Dave Pack. It never seems to cross these guys minds to seek Dave out.

Most COG ministers and members are wise enough not to involve themselves with Pack or Flurry.

The primary reason they are on TV is to try and get the "world" to come with them.

Bob Rodzaj has given outstanding sermons outlining the kind of loving government the Church needs to practice... and now he is going into the autocratic LCG, where Meredith's cruelty and arbitrary nepotistic rule go far beyond any excesses David Hulme has ever been accused of.

Peter Nathan just last month was telling COGaic brethren that there isn't any existing Church of God group practicing proper government. And now he is supporting LCG's form of government, which again makes Hulme's rule look benevolent by comparison. Just ask the COGaic members who came to COGaic from Global and Living.

Either these ministers have been deceived by Rod Meredith and his henchmen, or else they are hirelings of the most shameless kind.

A warning to these men: Meredith's pattern is to flatter new recruits by promising them great access or freedom or authority, or simply by making them feel like they are his special trusted advisors. But once you are in, just another slave on the payroll, the view changes from inside the prison. If you have any common sense left, please step away before you are trapped!

Is the Captain dead yet?

" In many respects, these outcomes may ultimately facilitate bridges between God’s scattered people."

What's with always wanting to build bridges again after you blow them up?

I don't know how many of these men received paychecks from their church, and how many were "unpaid elders" with actual gainful employment. However, under any circumstances, defecting to Meredith is like defecting to the USSR. Which I always thought was kind of an oxymoron. You don't "defect" from the free world, you simply retreat to a nation that doesn't extradite. Spies like Kim Philby who did this were disappointed to find the KGB had no use for them, that Communism wasn't what they expected (their standard of living went down), and they weren't the regarded as heroes by anyone.

Defecting to LCG is jumping out of the pot and into a fine kettle of fish.

It's amazing the lengths to which the Armstrongists will go to avoid leaving British Israelism.

What happens when they defect? Do they simply become lay members? Do they have to go through any sort of recertification or recredentialing if they wish to remain in the minsitry?

Hulme broke from UCG, didn't he? You'd think these guys would go back to the mother ship, not Meredith. It would be interesting to know their decision making process.

The important fact is that nobody goes with Pack or Flurry.

Anger has no place in the Church,Be a loving neighbor !!

I think a former police officer (my Father was a San Diego police officer), such as Stephen Elliot claims to have been, ought to know like President Trump the "Art of The Coverup", a dealmaker. So he ends up in LCG, which claims to be a "Philadelphia Church in a Laodicean Era", but it took Stephen Elliot 20 years to discover that, so he "jumps ship" to become a major Pastor in LCG? How can THAT be trustworthy? I just wonder. WHY would it take 20 years to find out where God is working for a major Pa$tor?