Be Ye Not Of This World 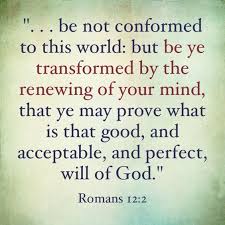 For anyone who has ever been a part of the Church of God longer than 3 months will have heard the following phrase thrown about,


"be not conformed to this world, just as Christ is not of this world."

Being "not of this world" never applied to church leaders, it was for the lowly masses that composed the membership of the church. Church members were prohibited for all kinds of things and were constantly berated from the pulpit as to what they would NOT be doing.

Gerald Bronkar had this post on the Ambassador Alumni page regarding church members "being not of this world" and is posted here with his permission.


One of the many problems I have with Armstrongism and most of Fundamentalism is the concept that "God's Chosen People" are Not Of This World, so in whatever situation we (they) find ourselves, it is His will. YIKES!

Therefore, we should not vote or support any candidate, not join any type of military or defense organization, not join a union (or probably ask for a raise or better working conditions), not protest, not own a weapon for self protection, not stand up for ourselves and never participate in any "worldly" activity.  The "Chosen" are to shut-up and submit, because whoever is in charge is in their position because it is God's will.  YIKES again!

Be quiet and patient and trust God to fix any problem when He sees fit.. Talk about putting your life and that of your family in someone else's hands!    This is the height of the "victim mentality" so prevalent in our country today.

Can we just ignore the many despots throughout the world (and even in the business world) who wreak havoc on their citizens, employees and neighbors?

Pure lunacy!  This mind-set places the general population at the mercy of the tyrants.  If our founding fathers had this attitude, there would be no United States of America.  Are we supposed to be patient and wait for some supernatural intervention, and if so, how long?  It has been over fifty generations since Christians first began waiting on the return of a Savior.  Is there an expiration date?  How long do we wait to get involved and become responsible for our future?

Gerald noted: "Pure lunacy! This mind-set places the general population at the mercy of the tyrants. If our founding fathers had this attitude, there would be no United States of America. Are we supposed to be patient and wait for some supernatural intervention, and if so, how long? "

That's exactly right which is why ..

"Romans 13 Let everyone be subject to the governing authorities, for there is no authority except that which God has established. The authorities that exist have been established by God. 2 Consequently, whoever rebels against the authority is rebelling against what God has instituted, and those who do so will bring judgment on themselves. 3 For rulers hold no terror for those who do right, but for those who do wrong. Do you want to be free from fear of the one in authority? Then do what is right and you will be commended. 4 For the one in authority is God’s servant for your good. But if you do wrong, be afraid, for rulers do not bear the sword for no reason. They are God’s servants, agents of wrath to bring punishment on the wrongdoer. 5 Therefore, it is necessary to submit to the authorities, not only because of possible punishment but also as a matter of conscience.

6 This is also why you pay taxes, for the authorities are God’s servants, who give their full time to governing. "

...Is the most naive and stupid presentation as to why something must be done by Christians ever penned. NOTHING in this text is remotely true in real life and I suspect that either the Apostle Paul was kissing up to the Romans to show he was no threat to them, or they told him to put it in the text or they would be a threat to him.

We'd have no country if the founding father's followed this commands in this dribble.

6 This is also why you pay taxes, for the authorities are God’s servants, who give their full time to governing. "


"We'd have no country if the founding father's followed this commands in this dribble.
"

And yet we still pay taxes- ask Ron Weinland what happens if you don't.

Dennis, this again shows that Paul's writings are nothing but self-serving Roman propaganda. Long gone are the days when I bowed before these lies.

Anyone who has partied with outlaw bikers knows what "FTW" means. You know, "bleep the world". Sworn to fun, loyal to none. The sociopath's creed.

And, that was also part of the Herbicidal strawman we all remember. (Bear with me for a rough paraphrase). "Brethren, fuck 'em! They're not going to mock us anyore when the Germans roll out the meathooks, start pumpIng the gas, and begin smashing babies against the wall! They will know that we were right!" (What a bunch of elitist excrescence!)

What I've learned about NoTW (not of this world) is that many mainstream Christians think in terms of making a positive impact in the workplace and on the surrounding culture right now and today. They see that as preparing for Jesus Christ's return, winning the surrounding community for Him in advance of His return, continuing to make it so that good people can raise their families and thrive. It's why they vote, and have community drives for good causes.

There is a huge dichotomy here. It is wrong to extrapolate a Herbert W. Armstrong strawman over all Christians. Do some feel as he did? Perhaps. But, that is not a sound basis for a Christian profile. Christians are not a monolithic group to start with. The good Samaritan was the guy who helped the victim that all the "righteous" people kept on passing by.

"be not conformed to this world, just as Christ is not of this world"

were the revolutionaries to come back now, they would start another revolution, upon seeing America today

ACOGs stress this so much because members who are "of the world" A) are harder to control B) make them look bad by actually being good and giving people C) take away offertory money because their money is being spent on other things D) are not as loyal and thus going back to point A harder to control.

The ministry teach members to be passive, but it's not in the bible unless one cherry picks. Christ and Paul were not passive, for instance.
'Be ye not of the world' in the sense of living Gods way, is not a passive lifestyle.

As far as Paul 'kissing up to the Romans,' Paul's instruction was to his generation. This context must be respected. They permitted the religious freedom which enabled Christ to fulfil His ministry, and His followers to live their Christian lives.
This obviously wasn't the case in many other societies in history, but Paul didn't say otherwise.

Anonymous Ronco said...
6 This is also why you pay taxes, for the authorities are God’s servants, who give their full time to governing. "

My emphasis is not on paying taxes which are necessary for many things to function. My emphasis was on the "who give their full time to governing" as if was the noble truth of Roman politicians and current ones. This passage makes everything they do so noble and for the common good with no chance of having other motives which of course they all have. It is an idealistic passage with no basis in reality as to how politics or most politicians , or church leaders for that matter function or why.

There were two kinds of religious vies in Rome's empire. The Zealots who were nothing but trouble and the pacified Christians who cooperated with Rome who could have crushed them at any moment and did a couple of times to get compliance and peace in the Empire. This passage is meant to pacify and enforce it in them minds of the faithful. Practice your religion and don't rebel against Rome. "Feel free to bash the Jews as your Christ killers because they can't hurt you. Do not feel free to bash Rome, because we can"

The vast majority of human leaders, kings, chiefs, czars and presidents have done many evil and unjust things.

While Dan. 2 v 21 states that God removes kings, and raises up kings, it doesn’t say all kings.

If all rulers are setup by God, then He is responsible for Hitler, Stalin, Tojo and Mao and they clearly were not God’s ministers rewarding those who do well. God’s plan requires humans to choose between good and evil. There is no way Paul thought Nero was a “minister” of God. If God does all the choosing of leaders then humans don’t have free will and the “Plan” for humans to choose is broken.

The word translated into power in Romans 13 is one of more than half a dozen Greek words which are all translated into the single English word power within the New Testament. The Greek word used in Romans 13 by Paul is exousia, which is defined: “power of choice, liberty of doing as one pleases." It is translated “right” in Hebrews 13:10 and Revelations 22:14, and it is even translated “liberty” in Paul's own 1Corinthians 8:9.

In Bryn Mawr's Classical Review, the word exousia is said to express “the new concept of freedom, in opposition to the already defunct and unhelpful eleutheria." Even the Greek Glossary of Aristotelian Terms states that exousia means “right”. Aristotle has “The right (exousia) as to do anything one wishes..."

The Greek word exousia is considered to be one of the strongest words in the Greek language representing the idea of liberty. Accepting the idea that Romans 13 is actually a statement by Paul in support of individual liberty, rather than a command to submit to the commands of authoritarian rulers.

Romans 13 should be read and understood as saying:

“Let every soul be subject unto the higher liberty. For there is no liberty but of God: the liberties that be are ordained of God. Whosoever therefore resists the liberty, resists the ordinance of God: and they that resist shall receive to themselves damnation. For rulers are not a terror to good works, but to the evil. Wilt thou then not be afraid of the liberty?

Unfortunately, 10:26, that point probably can't be overemphasized when speaking against the Armstrong groups. HWA certainly had enough public tantrums when he felt that nonWCG interests were diverting members' money away from him.