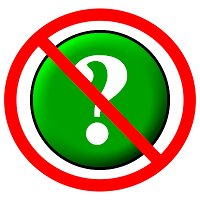 Monday 7th February, 2011
To UCGia President and Chairman
Re: Resignation from the ministry of United Church of God
Dear Denny and Melvin,
With regret Sonja and I are resigning our part in the ministry of United Church of God as of today. We have appreciated the opportunities to help others come to know the true Gospel and help them towards salvation through God’s grace and the life of Jesus Christ living in true Christians.
This separation from UCG has come about because since sending Denny an email in July 2010 requesting further efforts at reconciliation, we have not only seen no progress but a deterioration in relationships between the Council, the Administration, and a large body of elders and members.
The issues causing this rift have been misrepresented in Q&A sessions to members that we have heard. What was needed was a humble response to private letters of concern last year. Well over the 25% of elders also signed a petition to the Council to reconsider what had happened in Latin America, and instead of being allowed the opportunity to have the matter discussed, threats of expulsion for causing division were issued.
Subsequent events in firing or forcing resignations from faithful and long-standing ministers are well documented. Emotive derogatory descriptions have been used in letters to the membership, on the Elders’ Forum and in other media. And the straw men of Texas and desire for power keep being brought up when they are not the issues.
A forced exit of more than a third of the UCG elders in December 2010 came about because the Council would not allow ministers to question the decisions. Some who would not support the Council without reservation were threatened with expulsion. Yet the member letter of 23 December states “It is being said that we demand personal loyalty to men. This is not true—as we would not even sign a document that required that.”
Perhaps the GCE in May 2011 would have been completely different if the spirit of humility had reigned. After all, what harm would have been done by a review of the events and decisions of 2010 with all parties involved?
Sonja and I respect the offices you have been given, but we cannot walk together any more (Amos 3:3). We pray we will be together in God’s Kingdom in different circumstances after God has purified us all.
Sincerely,

With Hawkins resignation the UK and Ireland are left with only 5 ordained elders for both countries.

Does this mean that the UCG should change its name to the United Church of God a United States Local Association?

Hi guys,
This post is very useful and very interesting to read, Really this Post is providing nice information,Keep it up.
Wildfire UK

Peter Hawkins was CEO of UCGUK. Is he CEO of COGAWAUK?