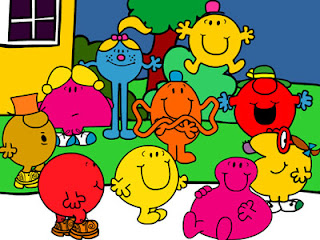 Lil' Joel has been called on the  carpet for his recent letter where he gave his reasons for leaving UCG.  It looks like Lil' Joel was not as forthright in his letter as he claimed:

Joel was fired not for “being open with members of the French association, and warning them...of remaining with UCG” (the latter of which is problematic enough), but over evidence that he was actively attempting to break the French association away from UCGIA. I had at first heard this from only one person on the Council but was able to hear further testimony on the matter at the UCG ministerial conference. At the suggestion of other Council and administration members, I spoke to people who were directly involved with the situation in France, who gave me a detailed account of recent events. In early December 2010, Joel was still a UCGIA employee and president of EDU-France (i.e., the UCG in France). I was told that at this time he met with with French association members and verbally proposed an amendment to the Rules of Association of EDU-France to remove the requirement that its president be a minister in good standing of UCGIA. This, he is reported to have told them, was to allow him to remain their pastor even if he was no longer employed by UCGIA. The retired elder in France then sent an email to Joel stating that such action would in effect be hijacking EDU-France and that he would have to ask UCGIA president Denny Luker for help in the matter—which he eventually did on December 21. (Such action would have left those in France who wanted to remain with UCGIA cut off without an official organization there, as it’s a hard and lengthy process to incorporate as a religious organization in France due to strict laws against foreign “sects.”) Denny then contacted Joel about the matter, but, as Denny stated to me, Joel said the French elder “misunderstood.” This was apparently subterfuge, because at this time or immediately afterward, again while still a UCGIA employee, Joel wrote a letter to French association members on December 23 seeking a vote to dissolve the French association! He stated that the French work should not go independent, so he would suggest alternate affiliation. Thus, Joel was clearly working against UCGIA while a UCGIA employee. He even stated within the letter that when this action became known he would likely be fired. And he was—after this letter was translated and sent to the UCG administration and to Larry Darden, the church's attorney. I spoke with Larry, and he verified this as well. And by email Larry confirmed to me: “Joel sent the letter to UCG members in France (and other francophone countries served by France) while he was still employed by UCGIA (he was discharged and credentials revoked AFTER the COE saw his letter of December 23). The letter was a ‘smoking gun’ with respect to his intention to leave UCG and try to engineer taking the assets of EDU-France with him using an ‘Extraordinary’ meeting of member[s] of that entity.” I have a copy of the Dec. 23 letter in French and the translation into English and am able to provide these as evidence of what took place. Again, in light of this letter, it is utterly stunning that Joel would merely say he was fired for being open with the French association and giving them a warning. He obviously did a lot more than that.

You know, we could care about this stuff if only anything in Armstrongism were really true and worth anything, but since British Israelism is nothing but lies created by an insane Canadian in the 18th Century, it's so difficult to have any level of concentration when people argue about the irrelevant.